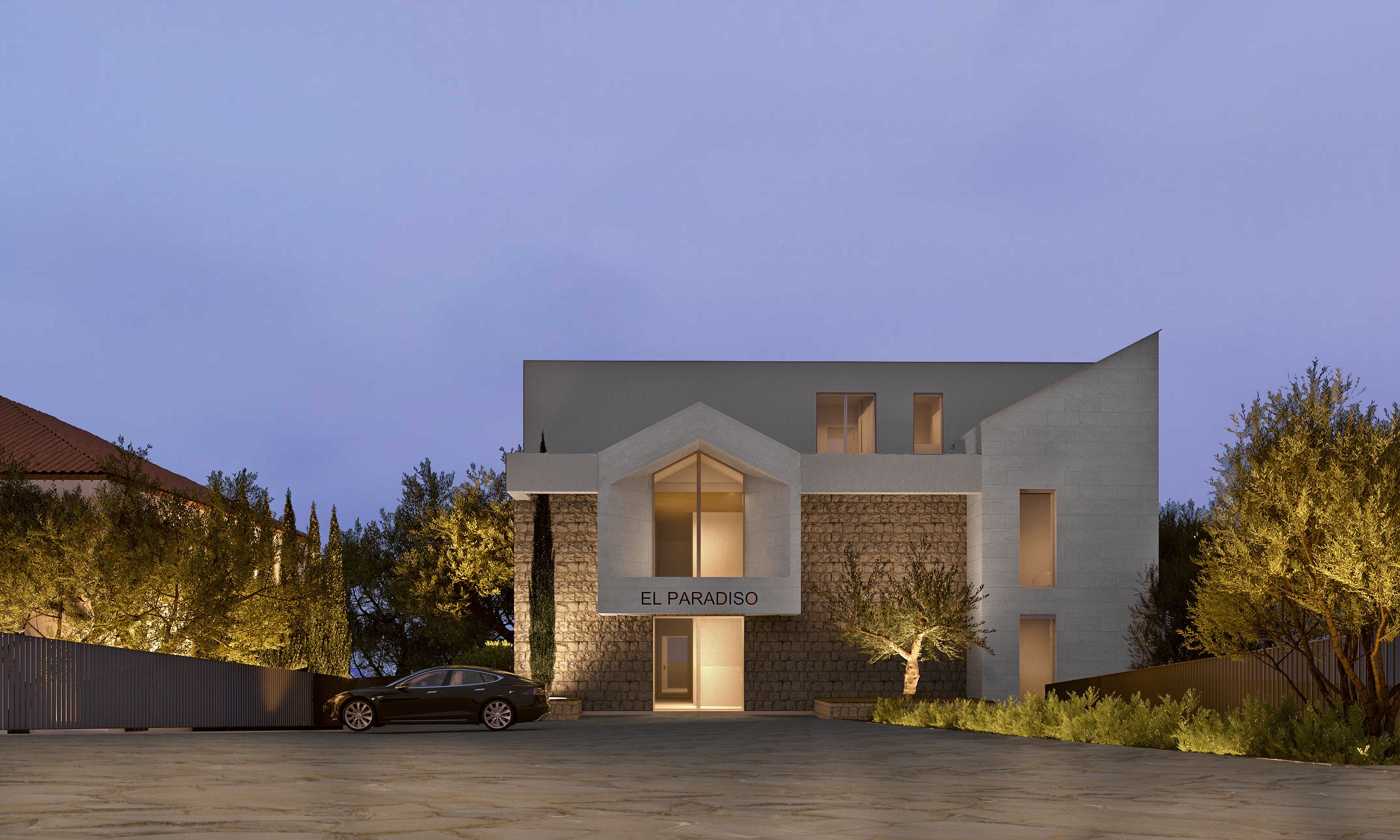 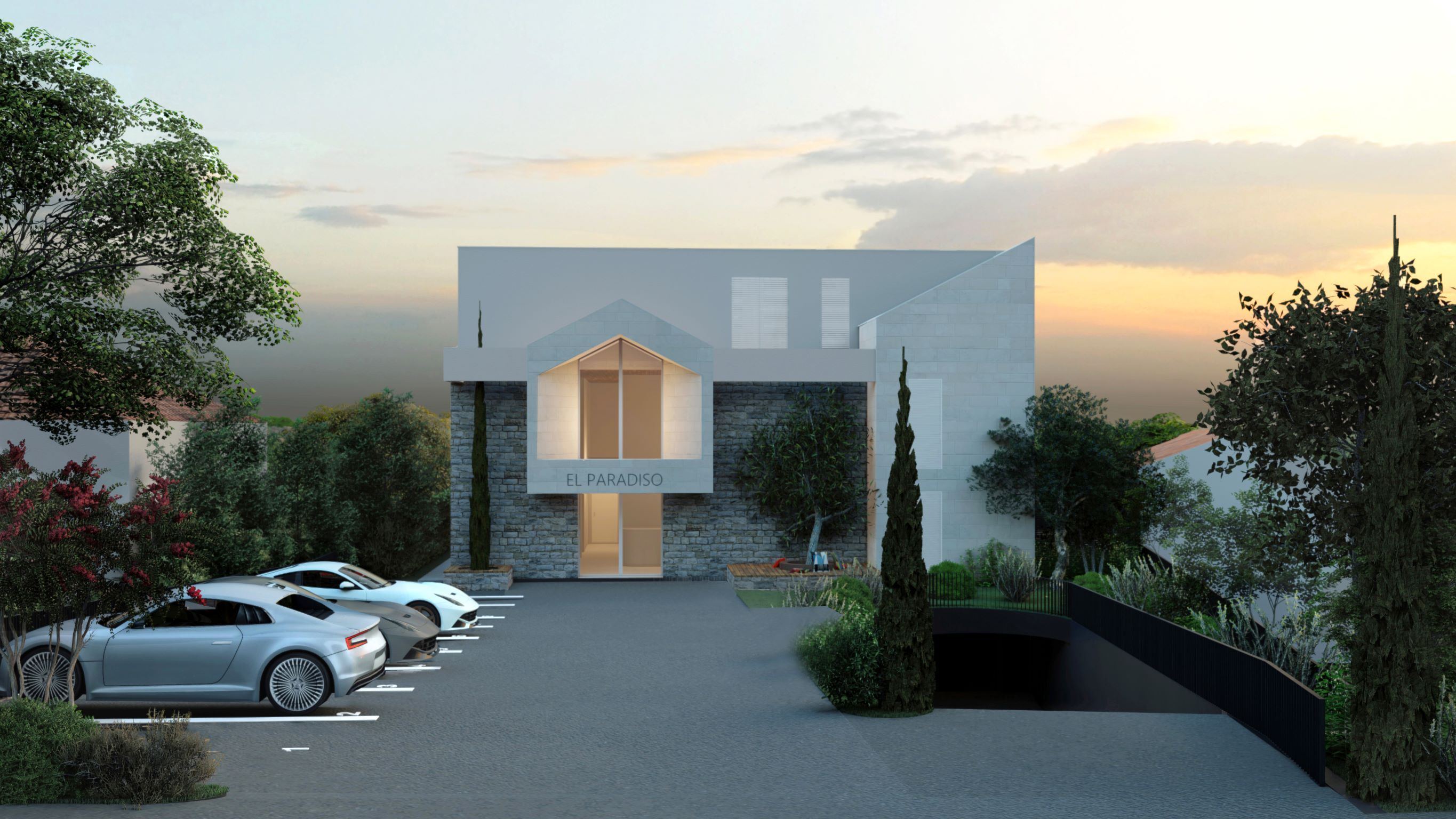 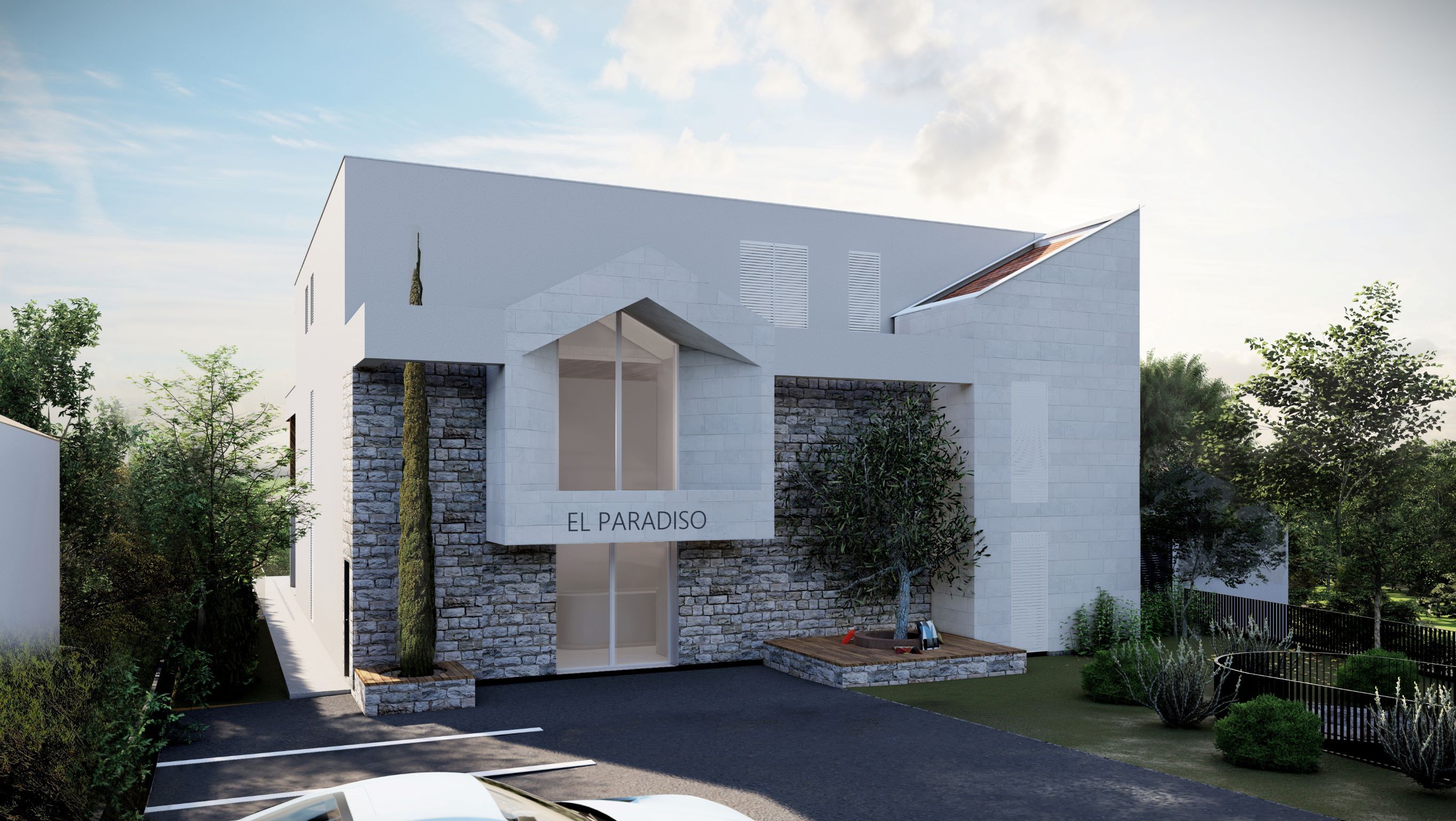 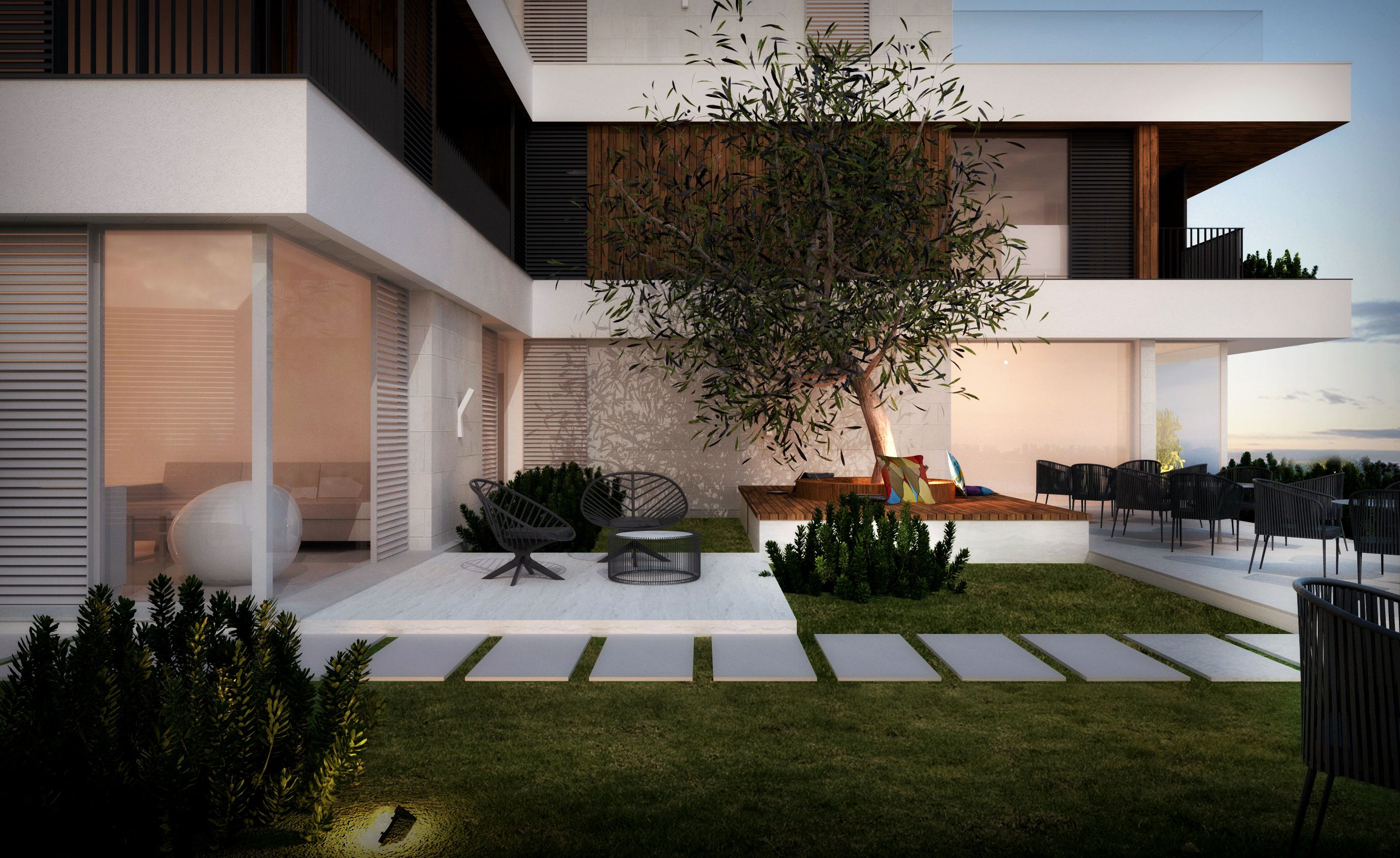 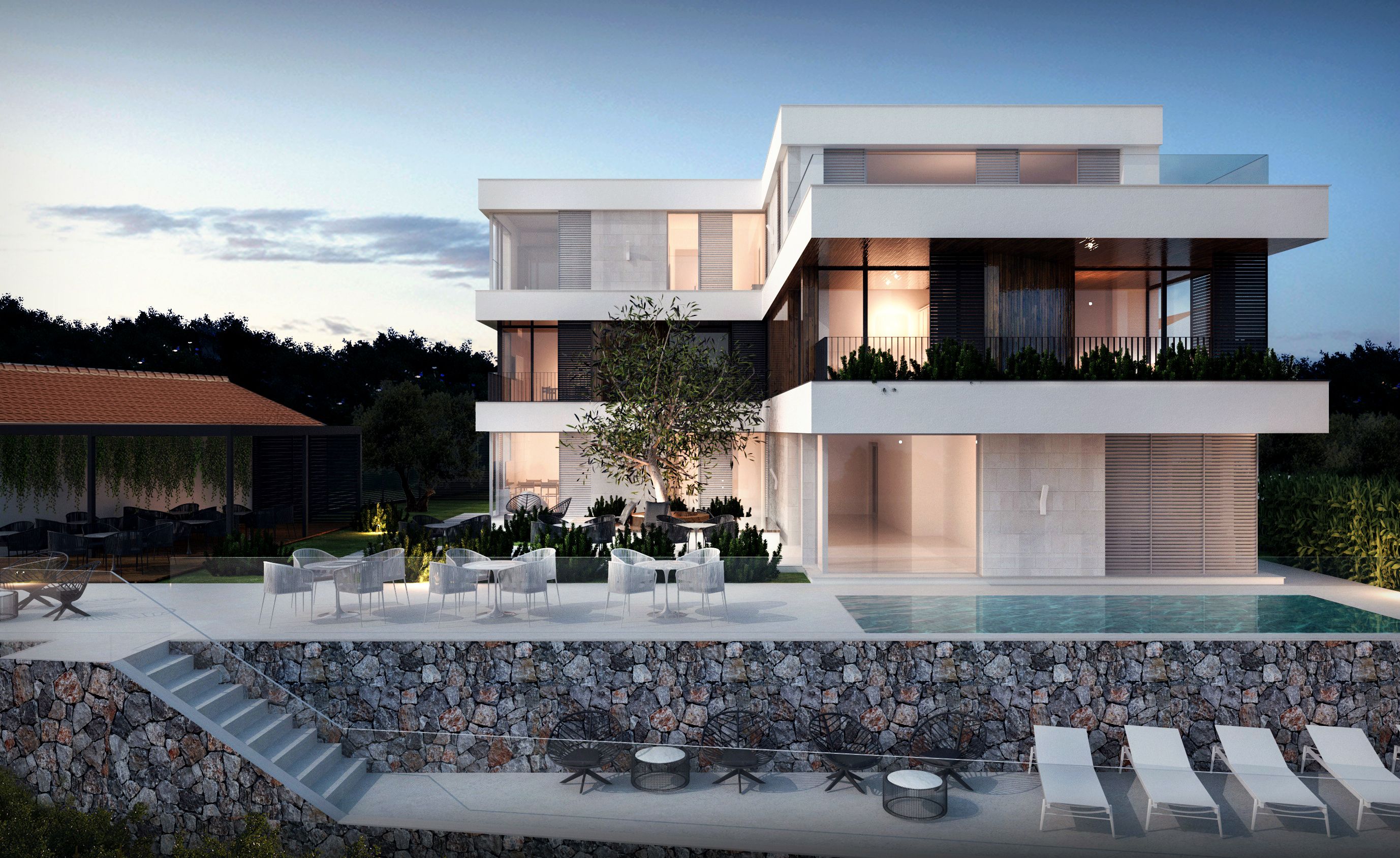 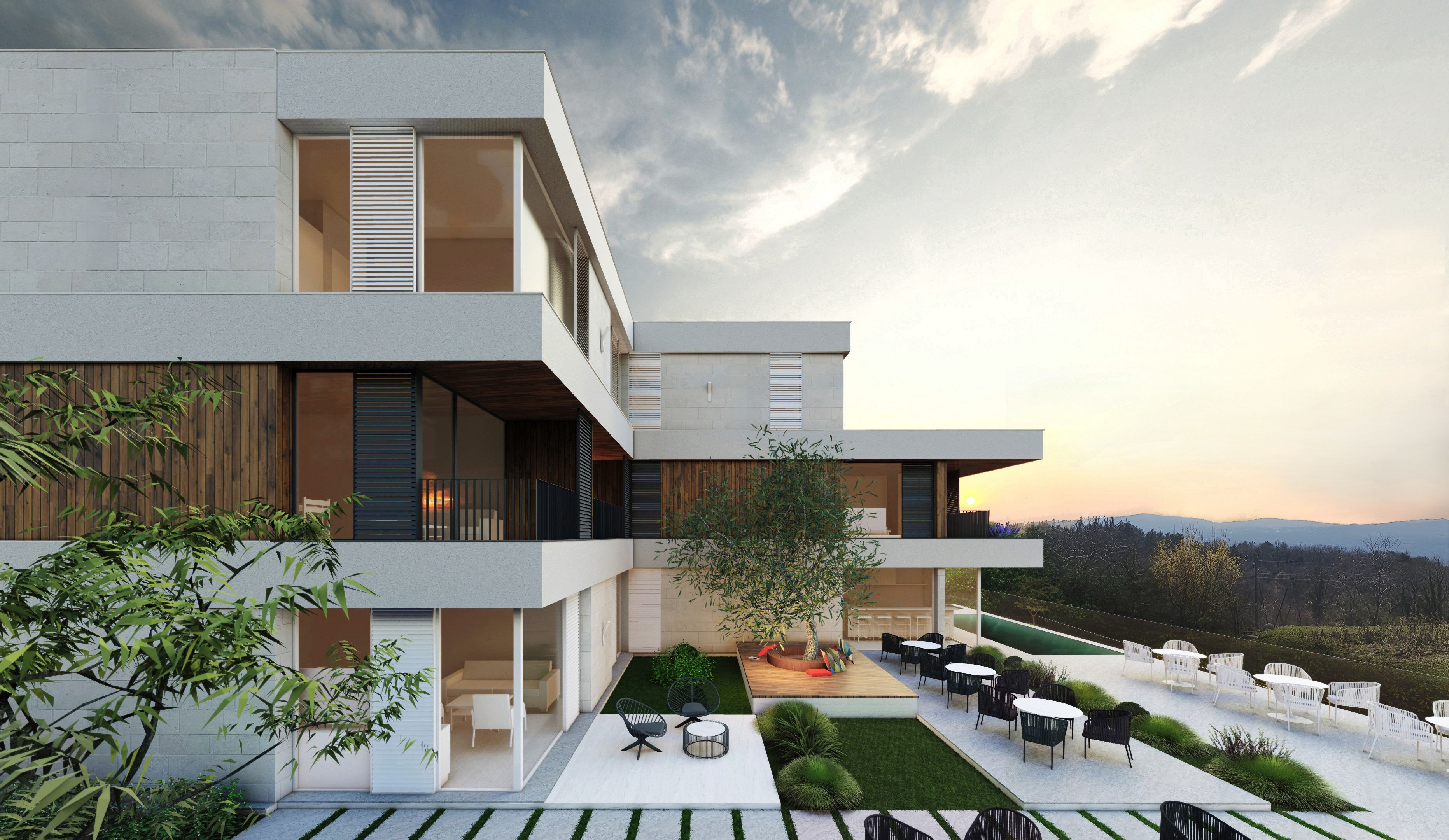 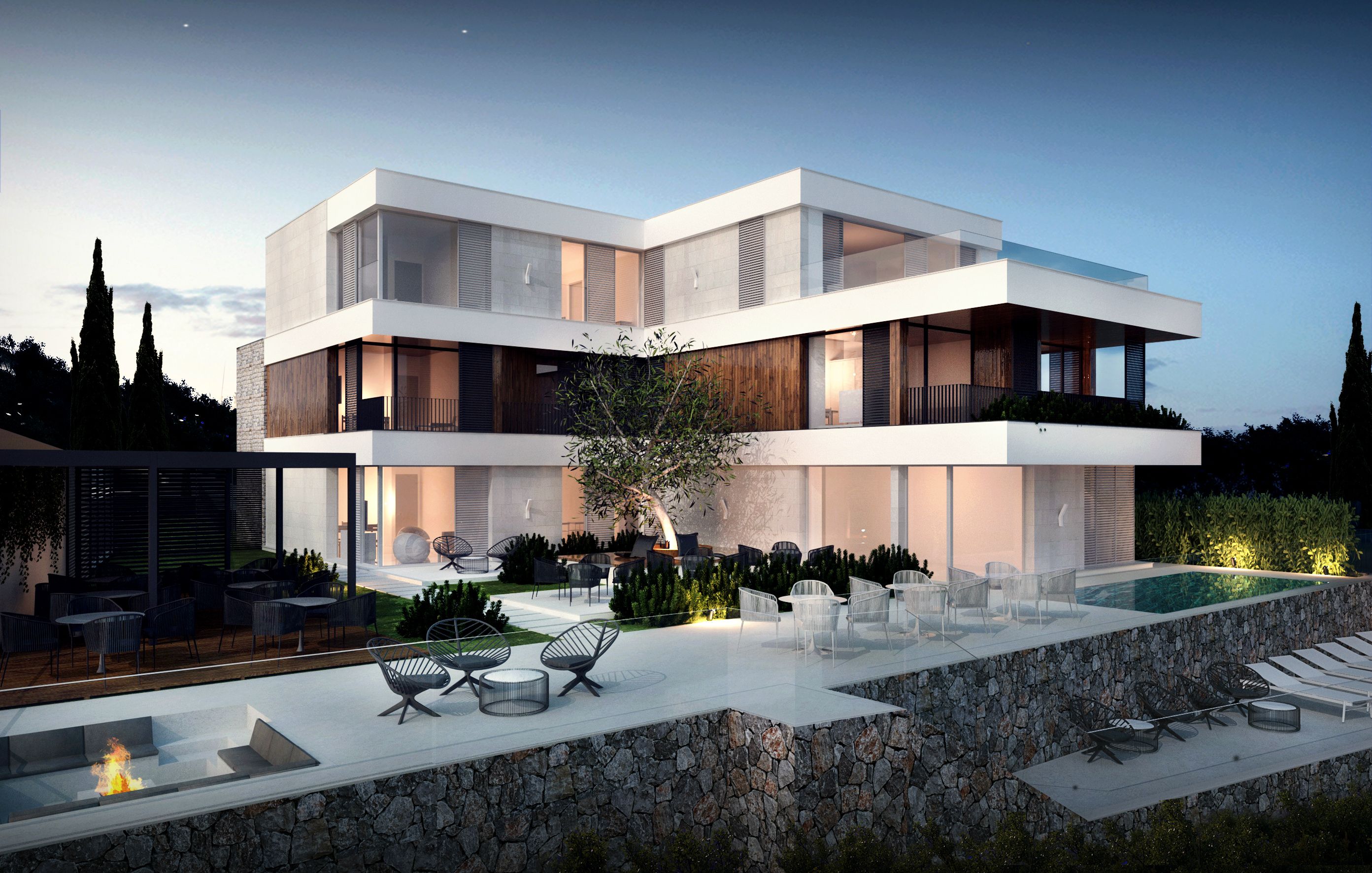 The building is located in the village of Kavač, on a patch that in one part has a view of the Bay of Kotor. The peculiarity of the location has been recognized as the main quality and in relation to it the concept is still being developed. The main imperative when choosing a concept is to direct the facility as much as possible towards the bay. Thus, by shifting the form, it was obtained that the object looks partly frontally, and partly sideways towards the sea and the bay. With this position, it is possible for each apartment to achieve quality views. Also, this positioning of the building provided space for a yard with direct views of the bay. Given the predominantly residential architecture, the aim was to fragment the shape of the building and thus more easily incorporated into the existing environment. This is especially emphasized on the entrance side of the building, where the masses are clearly separated, both in form and materials. The resulting composition is harmonious, with the proportions of the parts that visually correspond to the surrounding objects. This was achieved by highlighting two forms in the foreground of the composition, with sloping roofs that continue the visual image of the street front in relation to neighboring buildings.