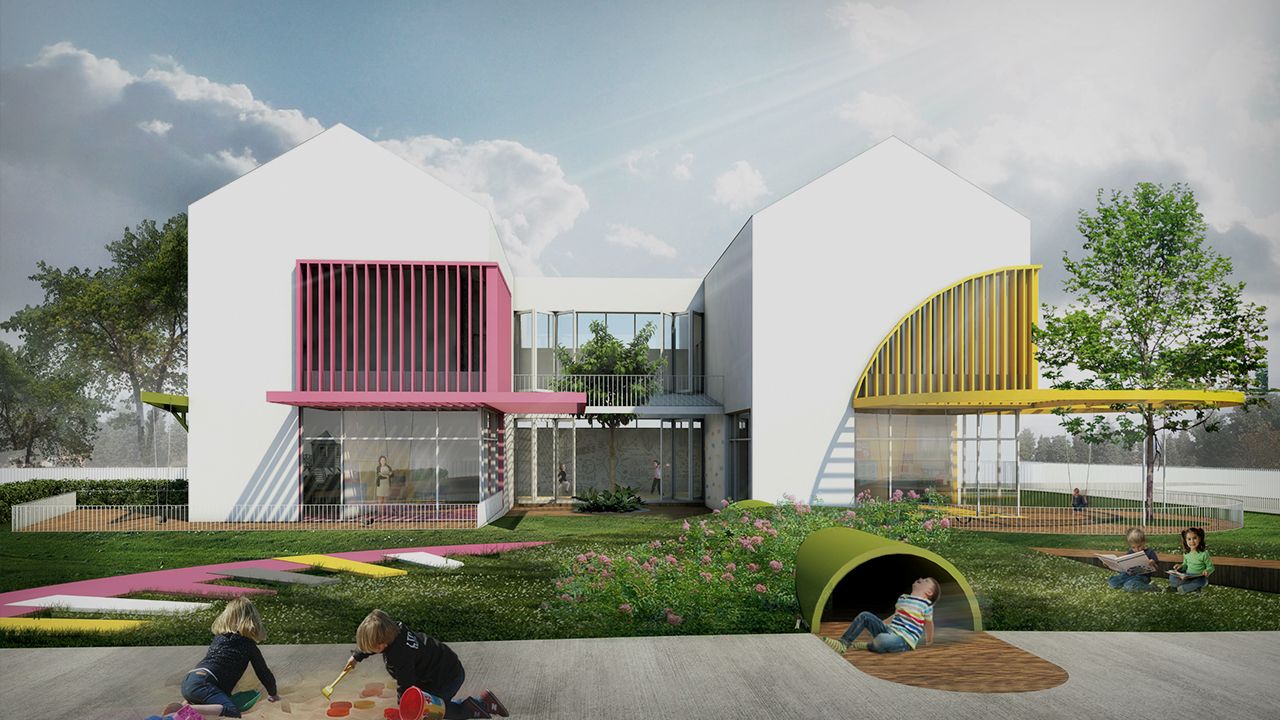 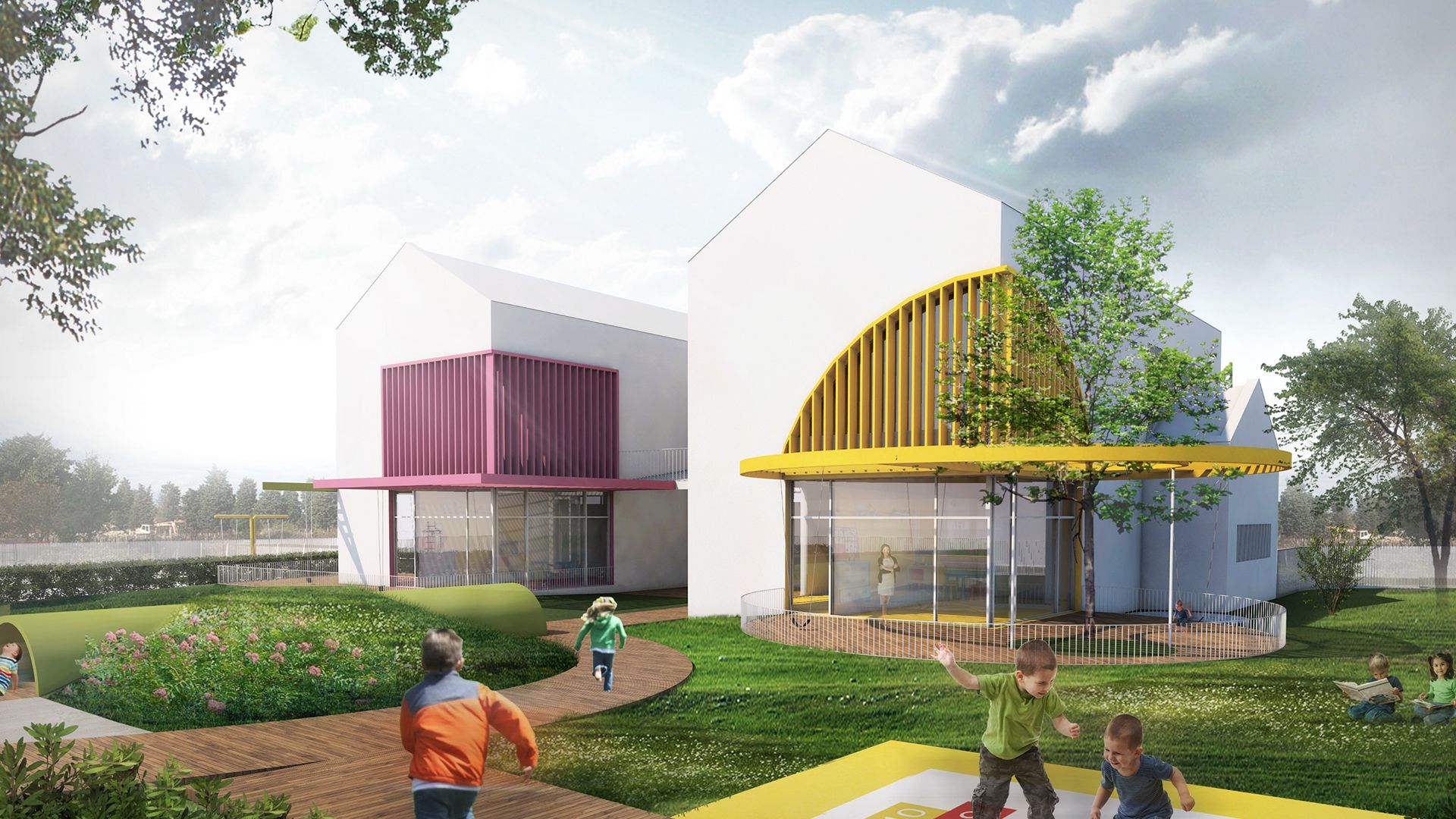 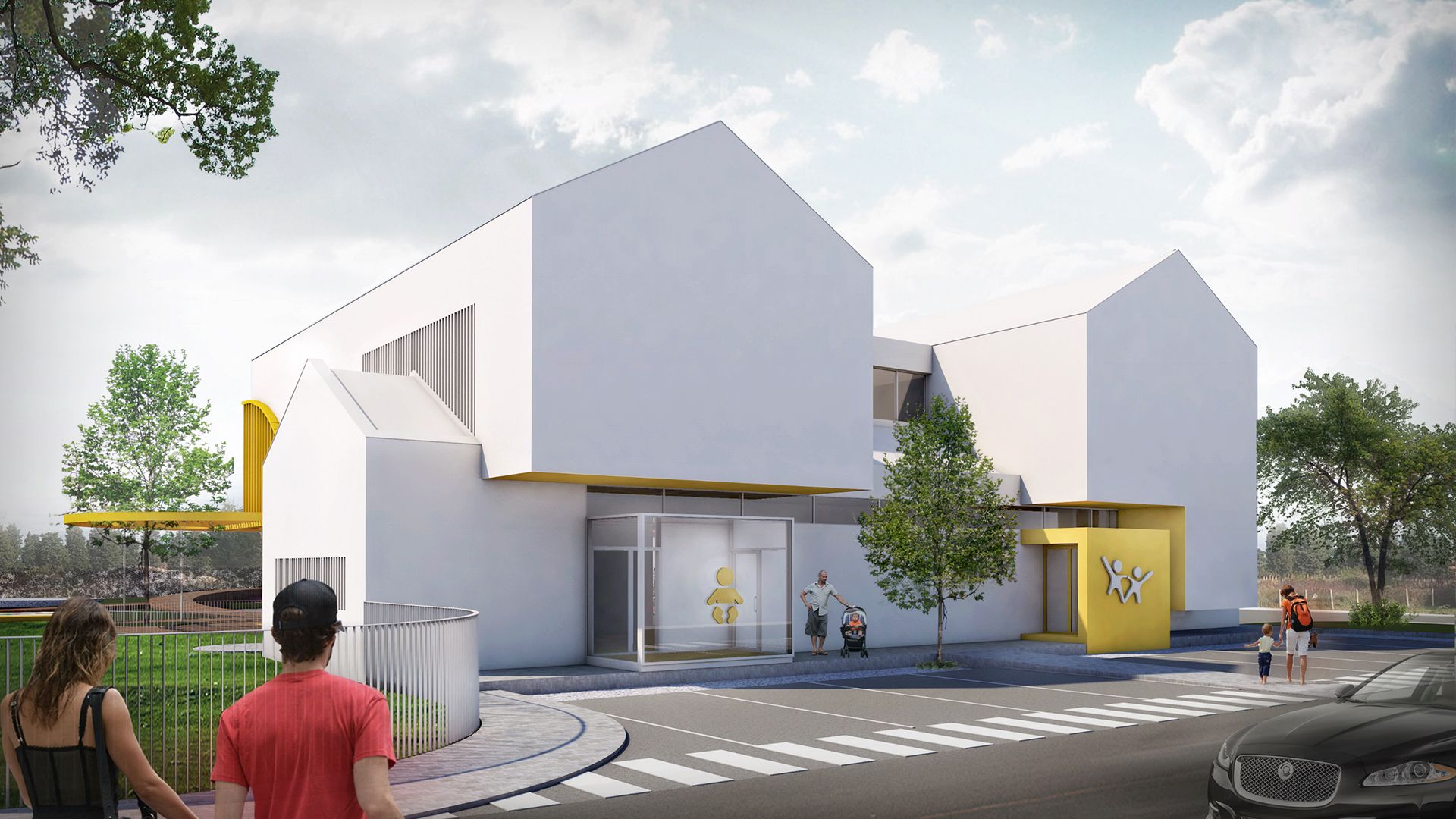 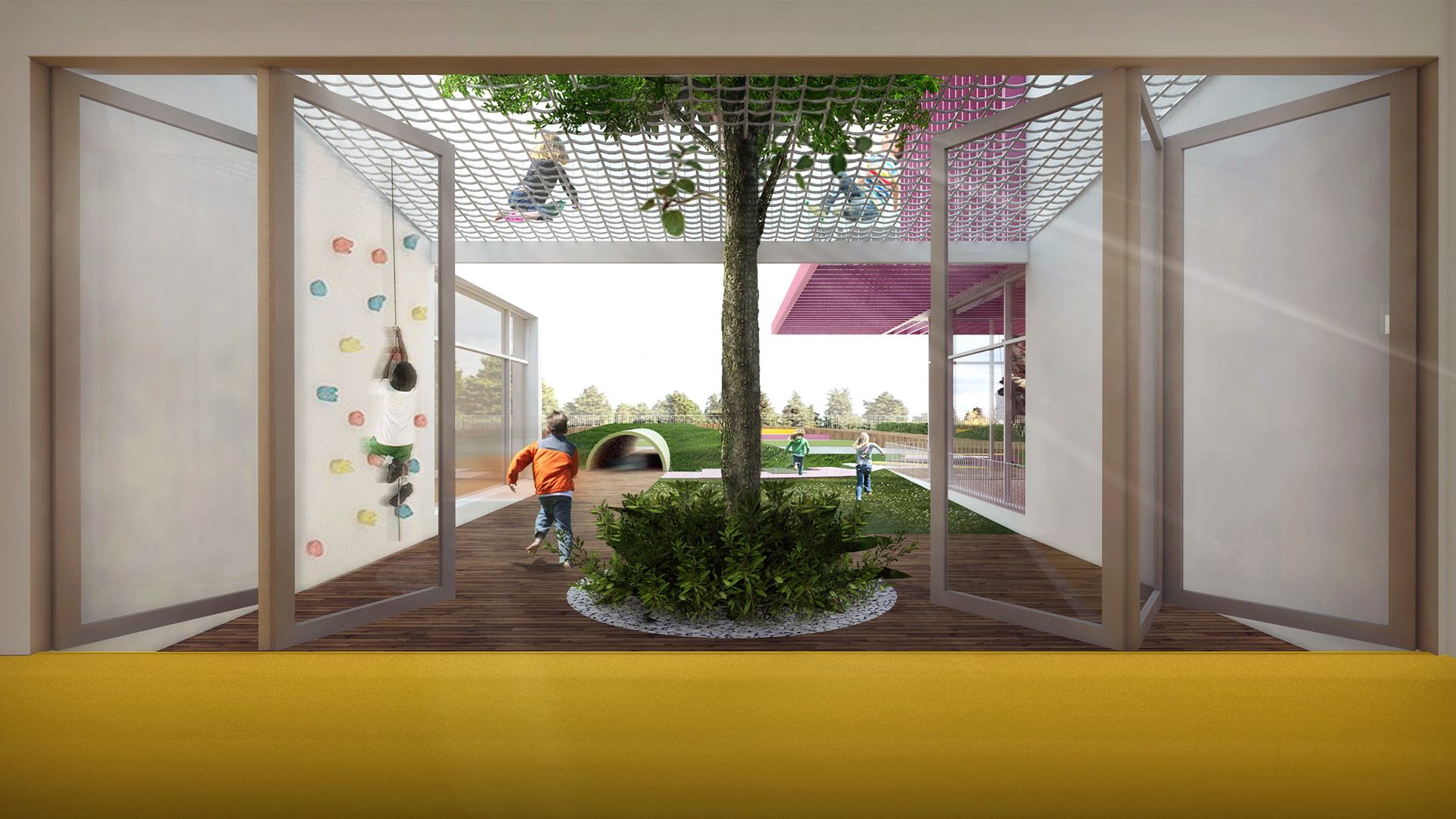 Given the purpose of the facility, our goal was to create a form of building that would be visually accessible and child-friendly, but with a balanced mass ratio and proportion of form.The basic element is a simple two-story house, the form most commonly drawn by children, and the first association with a built structure, starting from an early age.

This kind of design gave us a module, which we multiplied by creating a form that is compact but also dynamic enough to give the object character and striking. We ran the housesone over the other.

We made sure that the module of the house was one story height, so that it would be humane to the children, and at the same time to create a group form that would visually shred the structure. There are to entrances to the north facade,for a nursery and children.We treated the entrances separately and highlighted them visually.Also, using pictograms, we made it easier for children to recognize inputs. Traditional sun protection of the coastal part of Montenegro are the window sun shades and pergolas.Pergola, as a traditional way of sun protection, was also interpreted modernly in terms of form, in a way that brought it closer to children.The concept is that pergolas instead of the standard shape have basic shapes of geometric bodies, so on the object we have 3 pergolas in the form of a circle, rectangle and triangle.