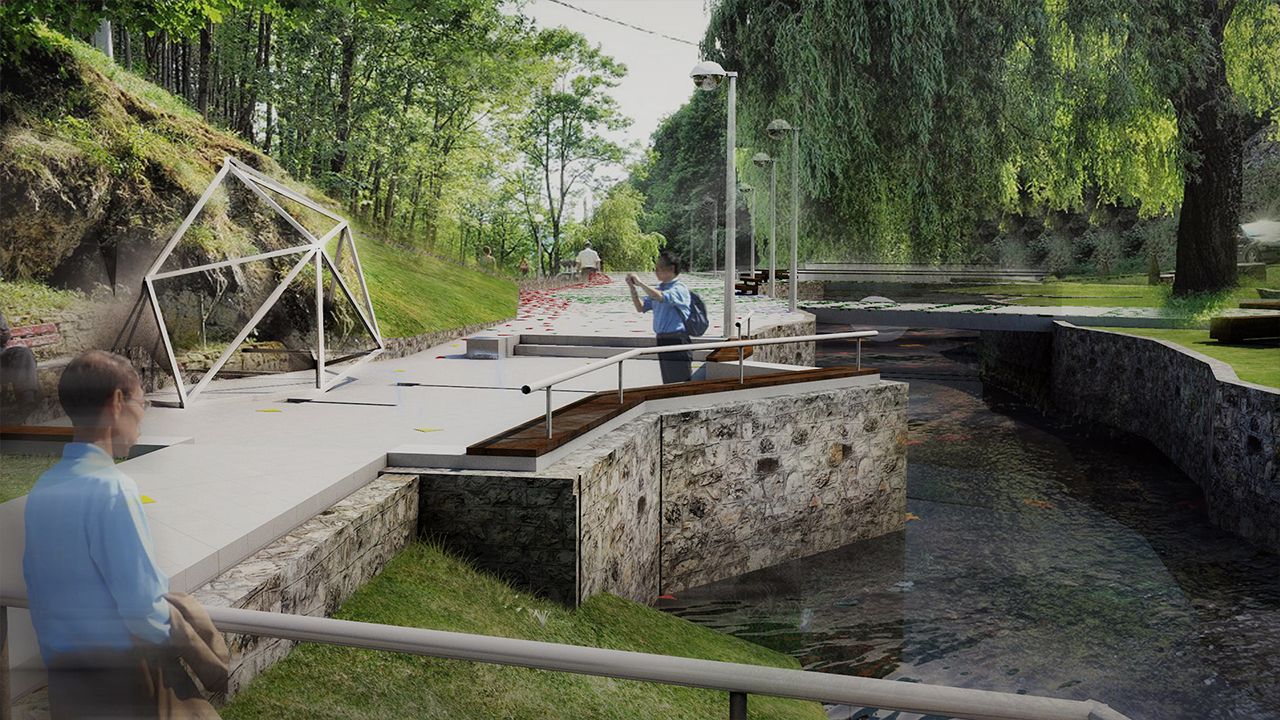 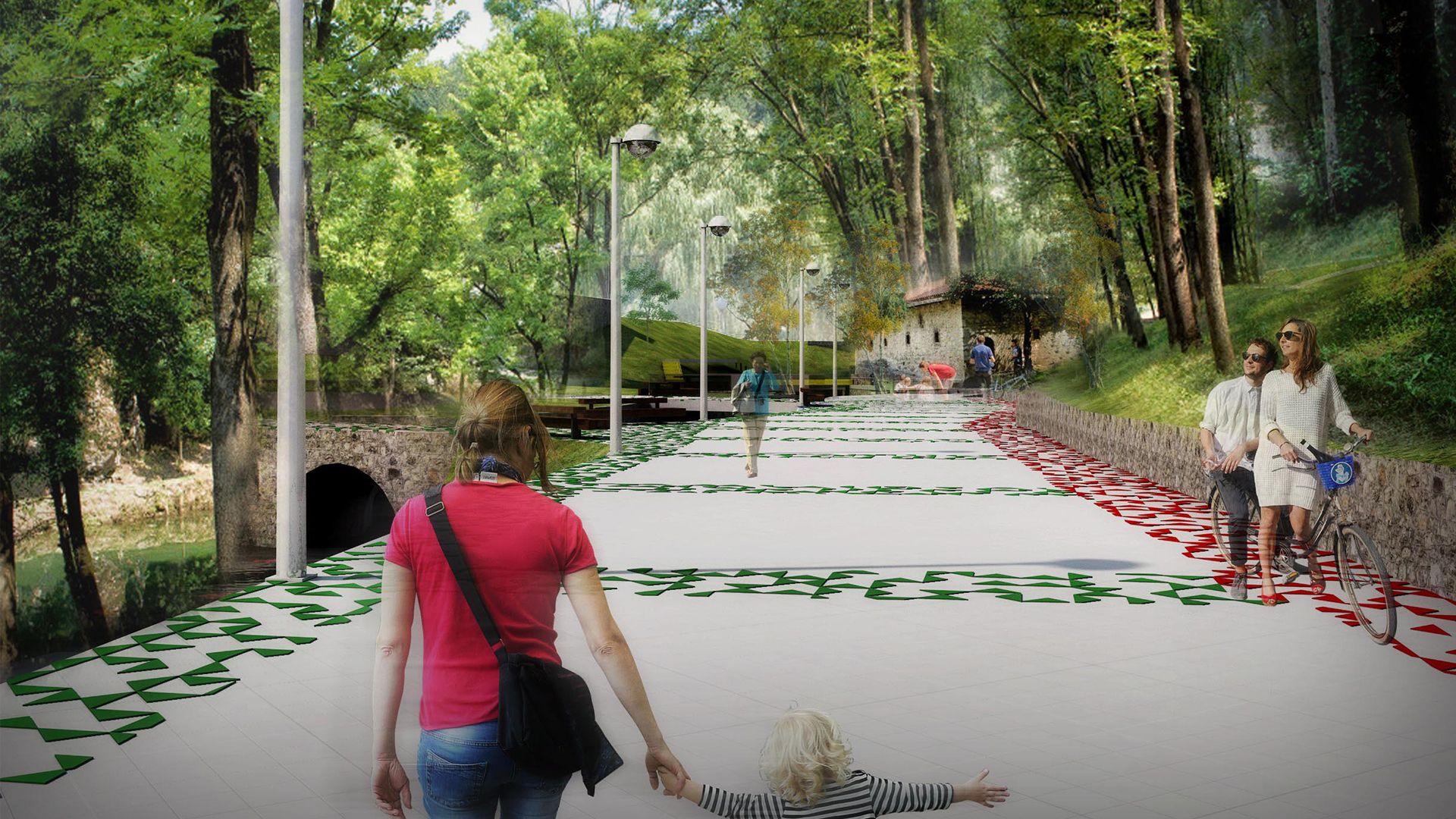 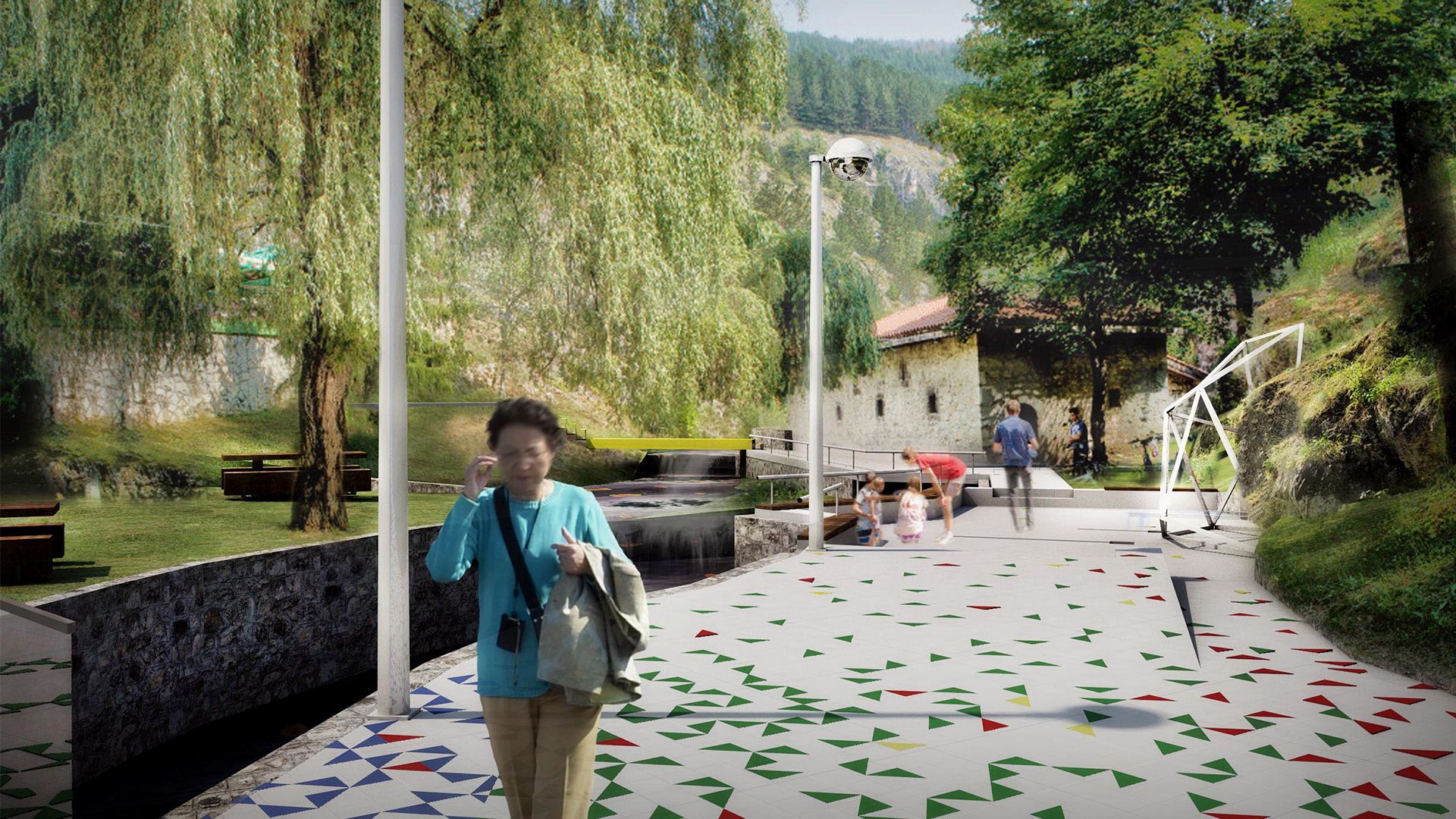 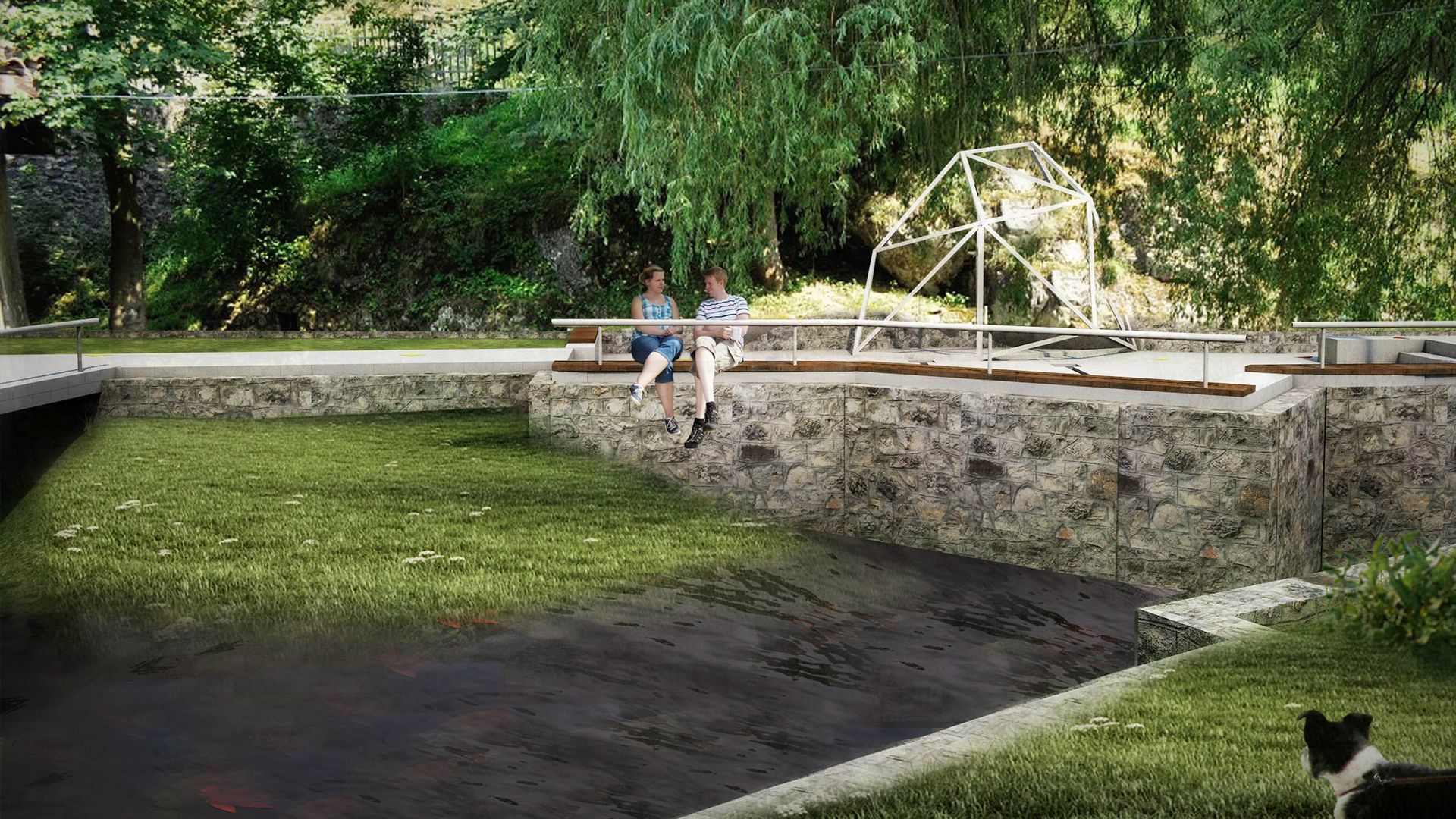 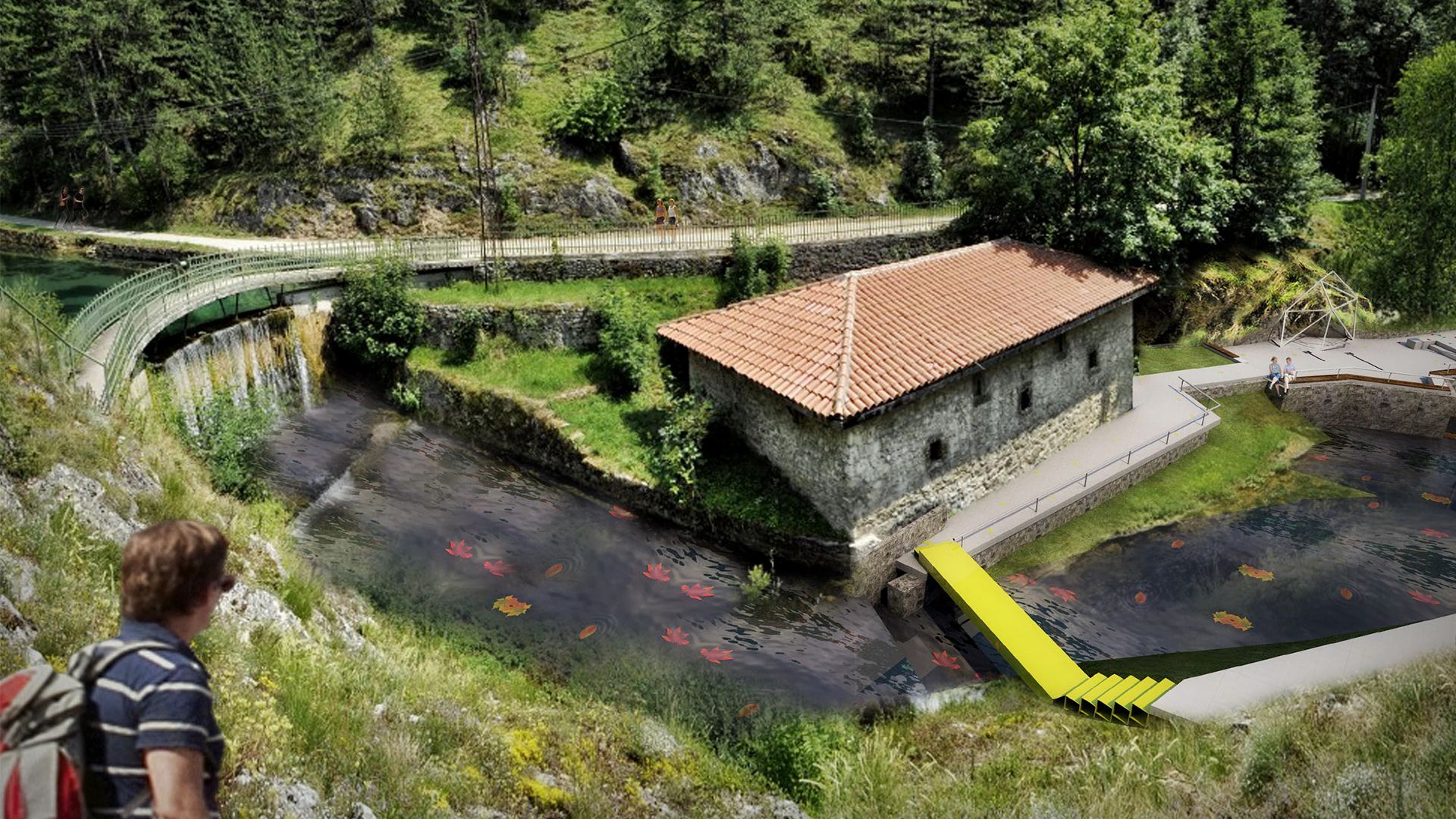 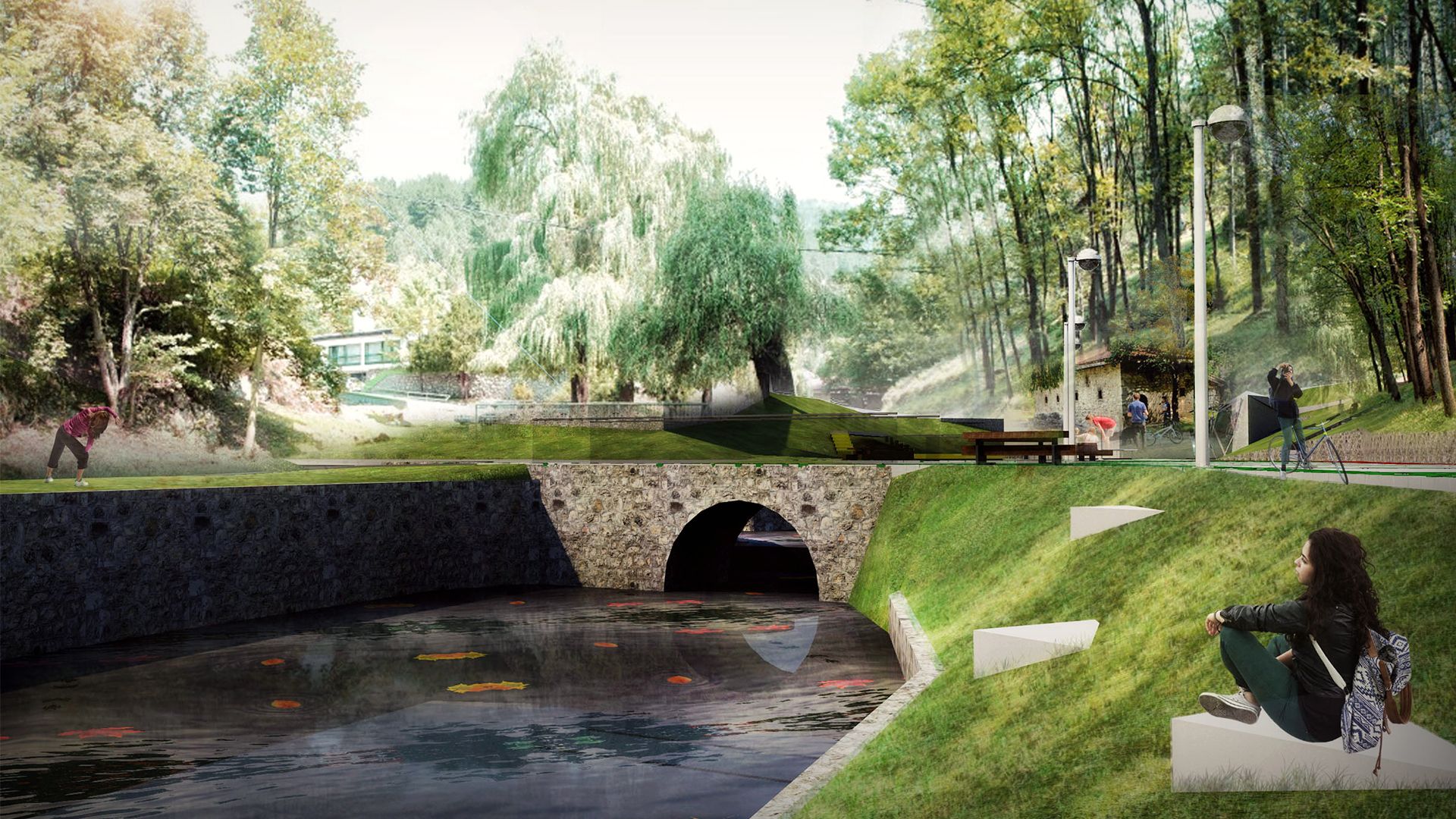 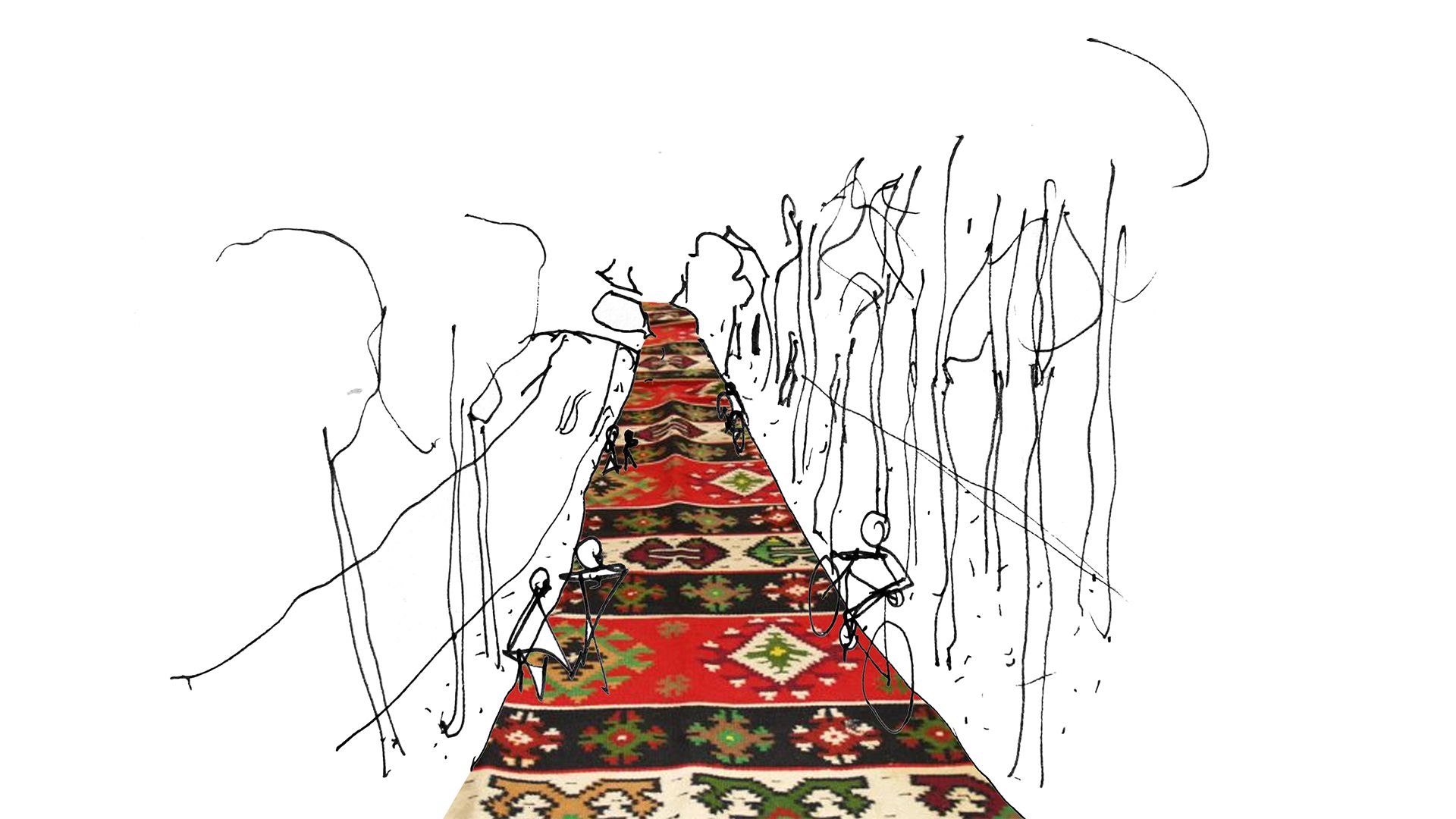 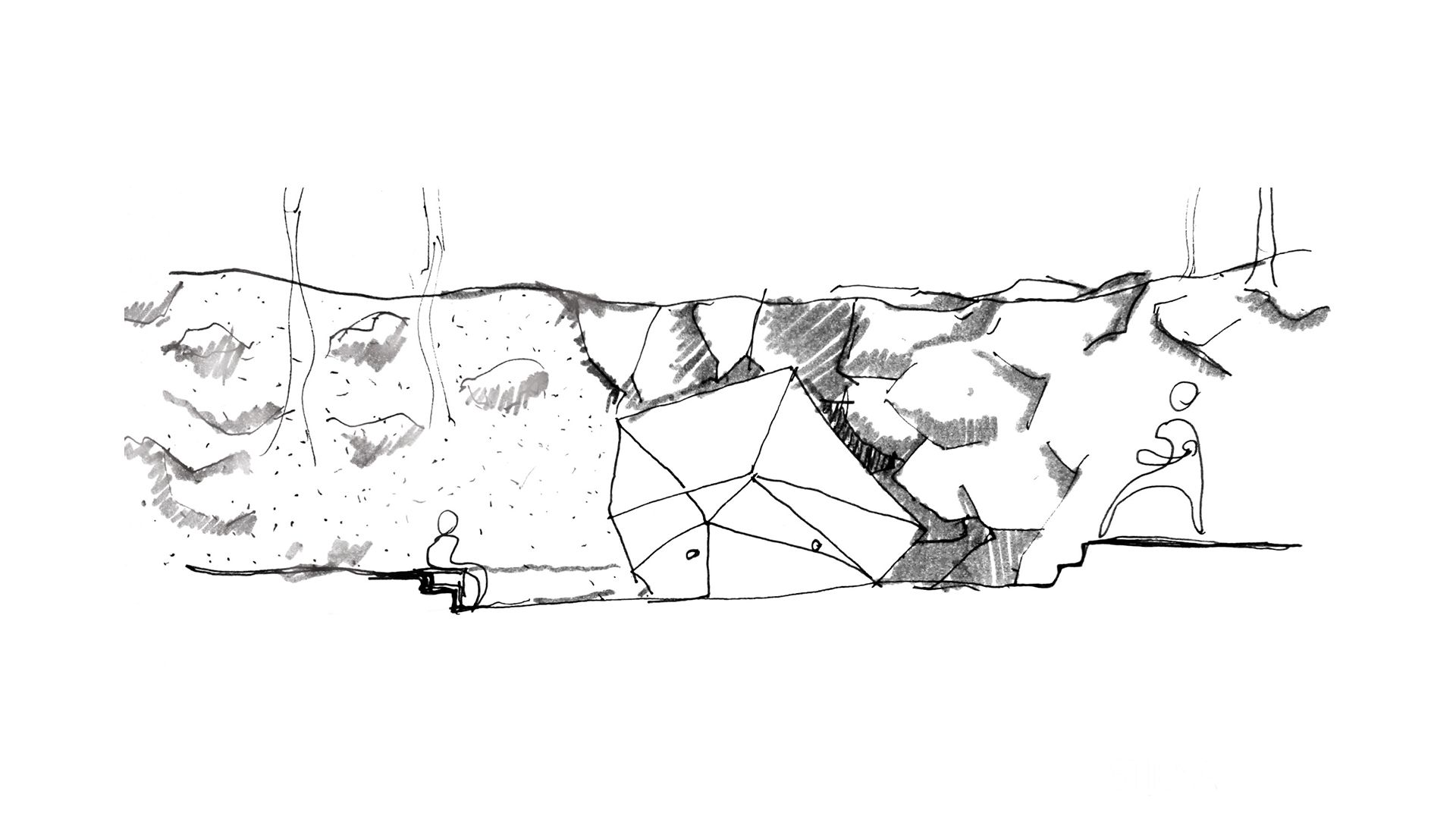 The concept of the project is based on preserving the natural characteristics and quality of the inherited atmosphere of the park “Vodice”.We wanted to achieve a contrast between the new artificial urban moves and the natural, green, ambient environment.

The planned interventions are minimal.The three elements that we tried to contribute to the atmosphere through our interpretation are promenade – with the elements of the paving we tried to imitate traditional carpet, which we wanted to create a psychological feeling of something warm, public fountain in the form of dematerialized rocks, as another contrast between artificial and natural, and the bridge, which achieves a circular connection and continuity in the space.

A promenade, a fountain, a bridge, a sitting in the nature, and again a promenade.