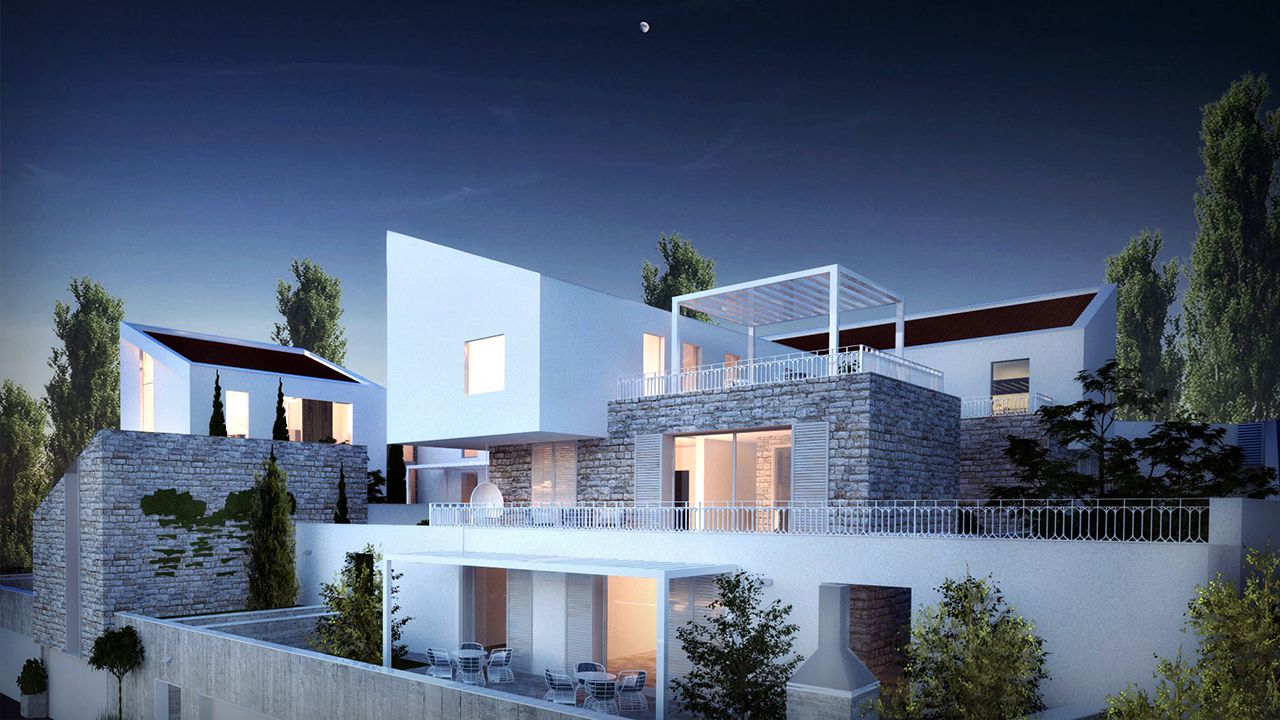 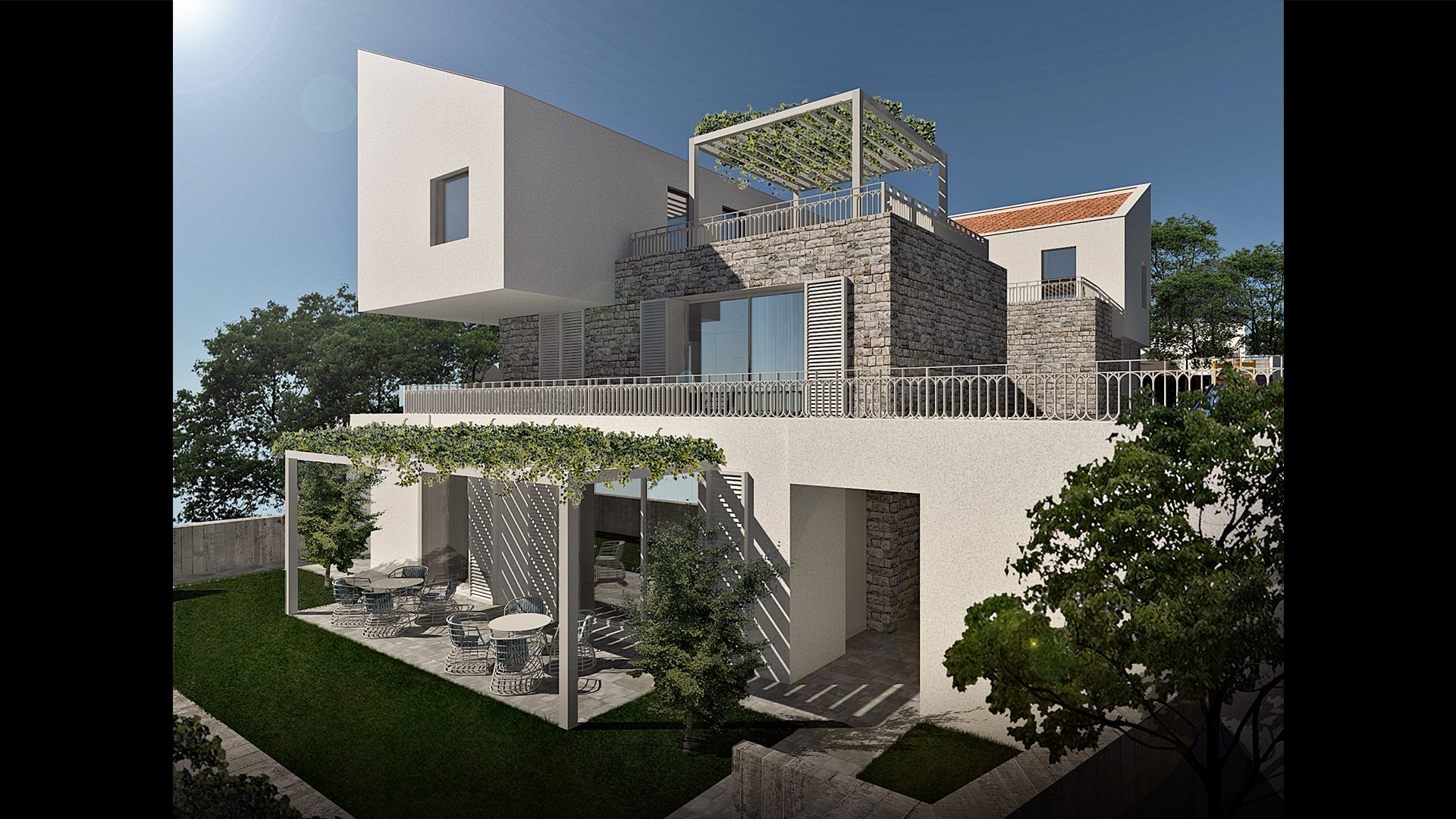 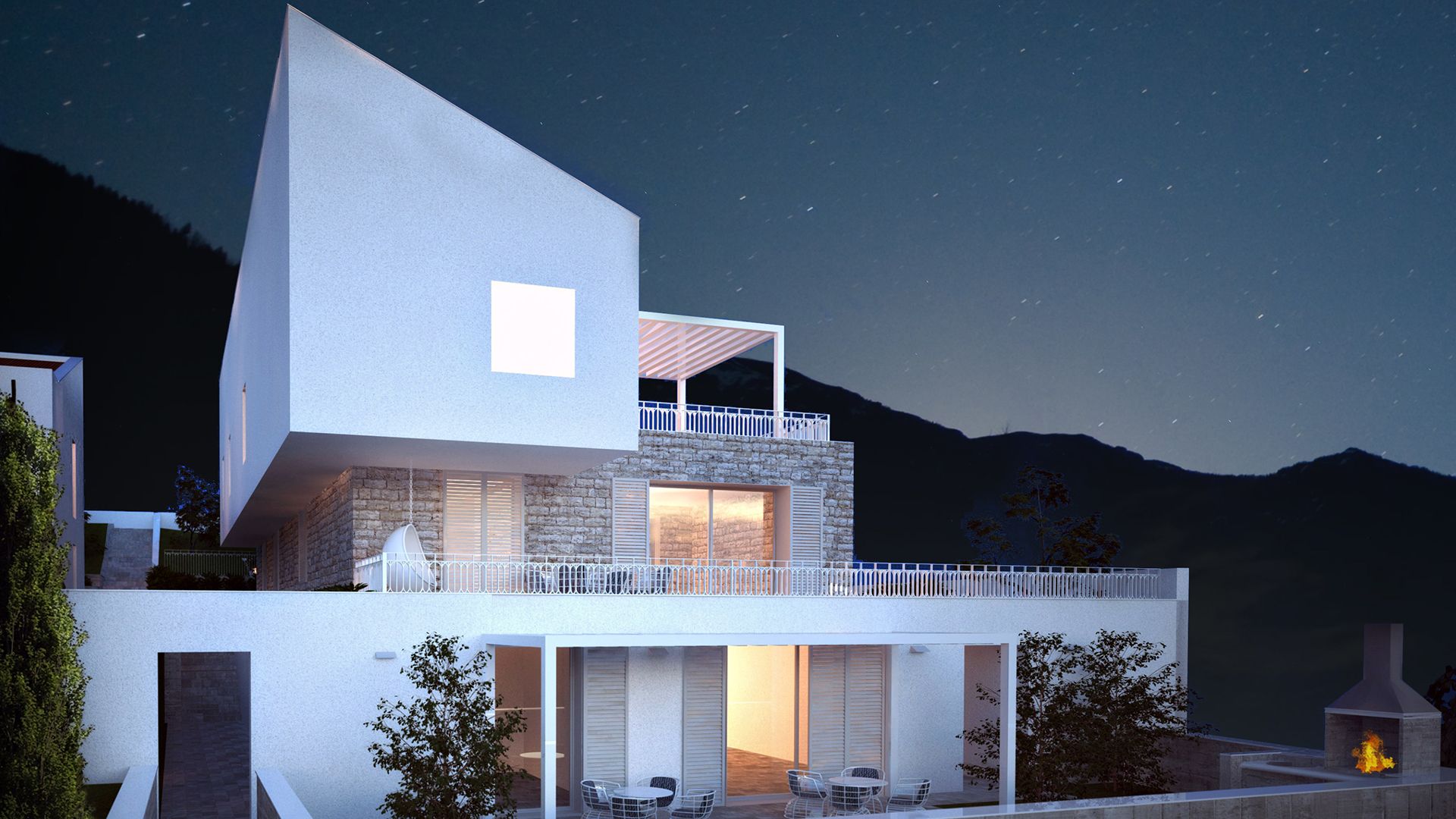 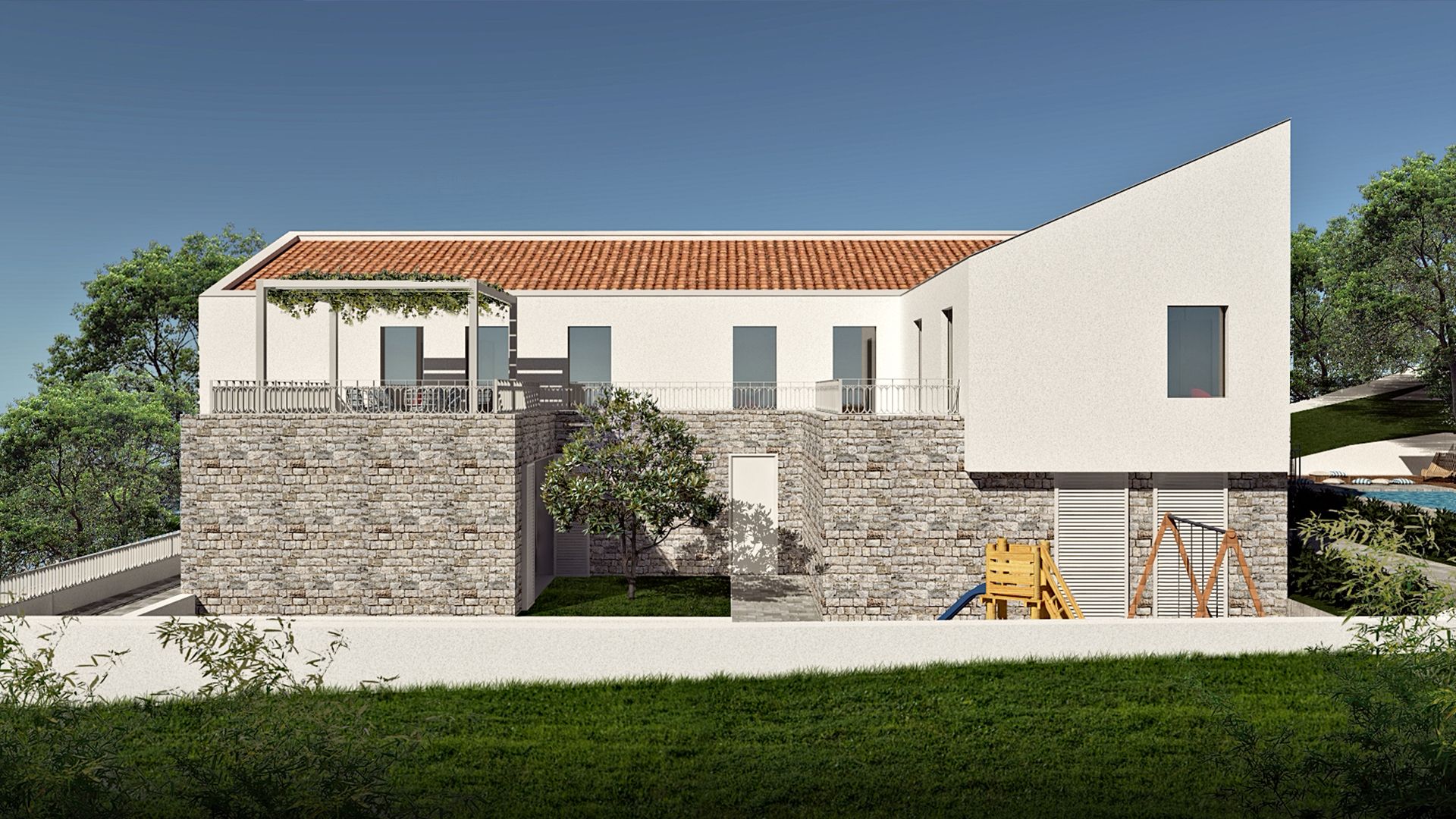 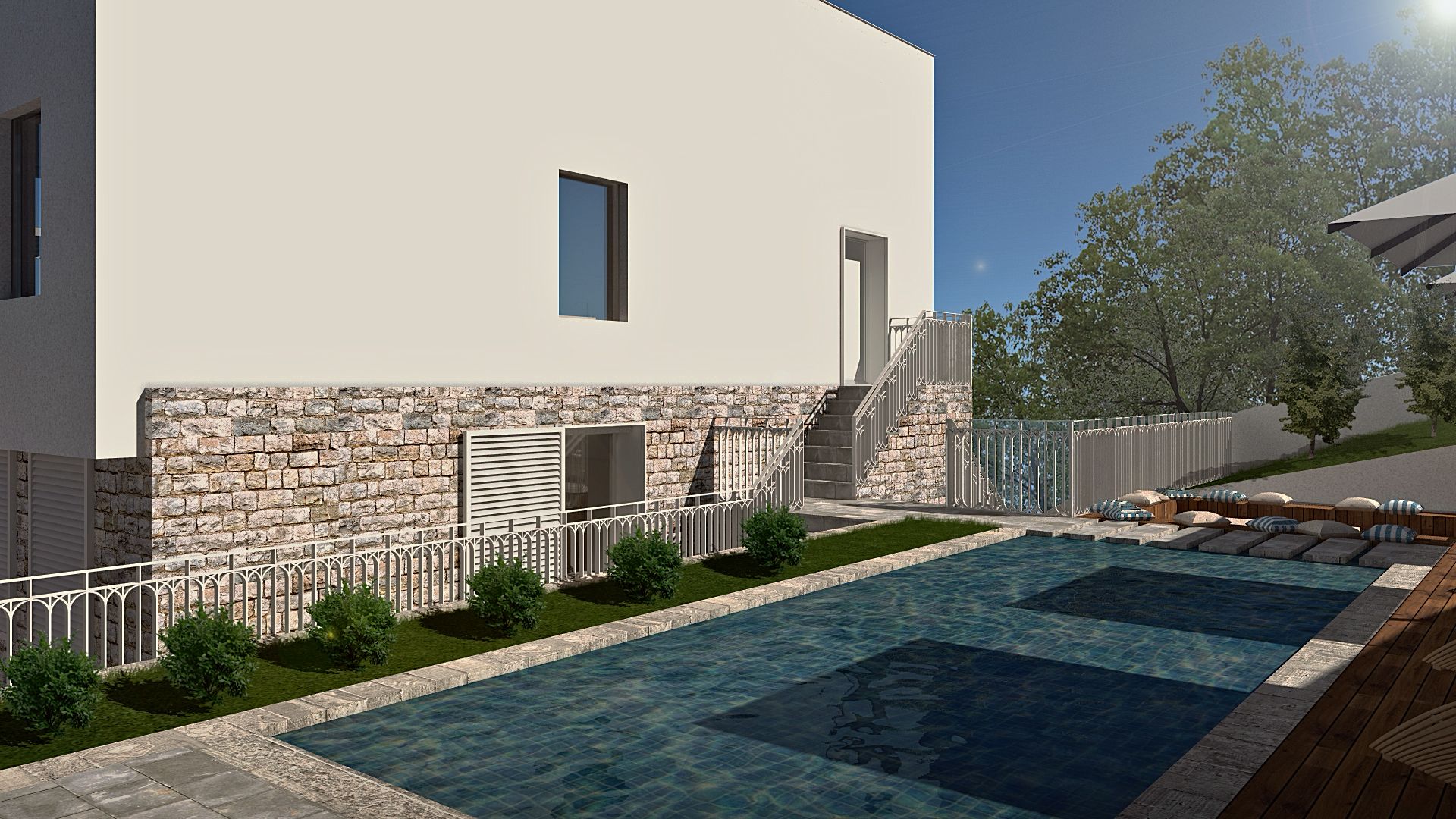 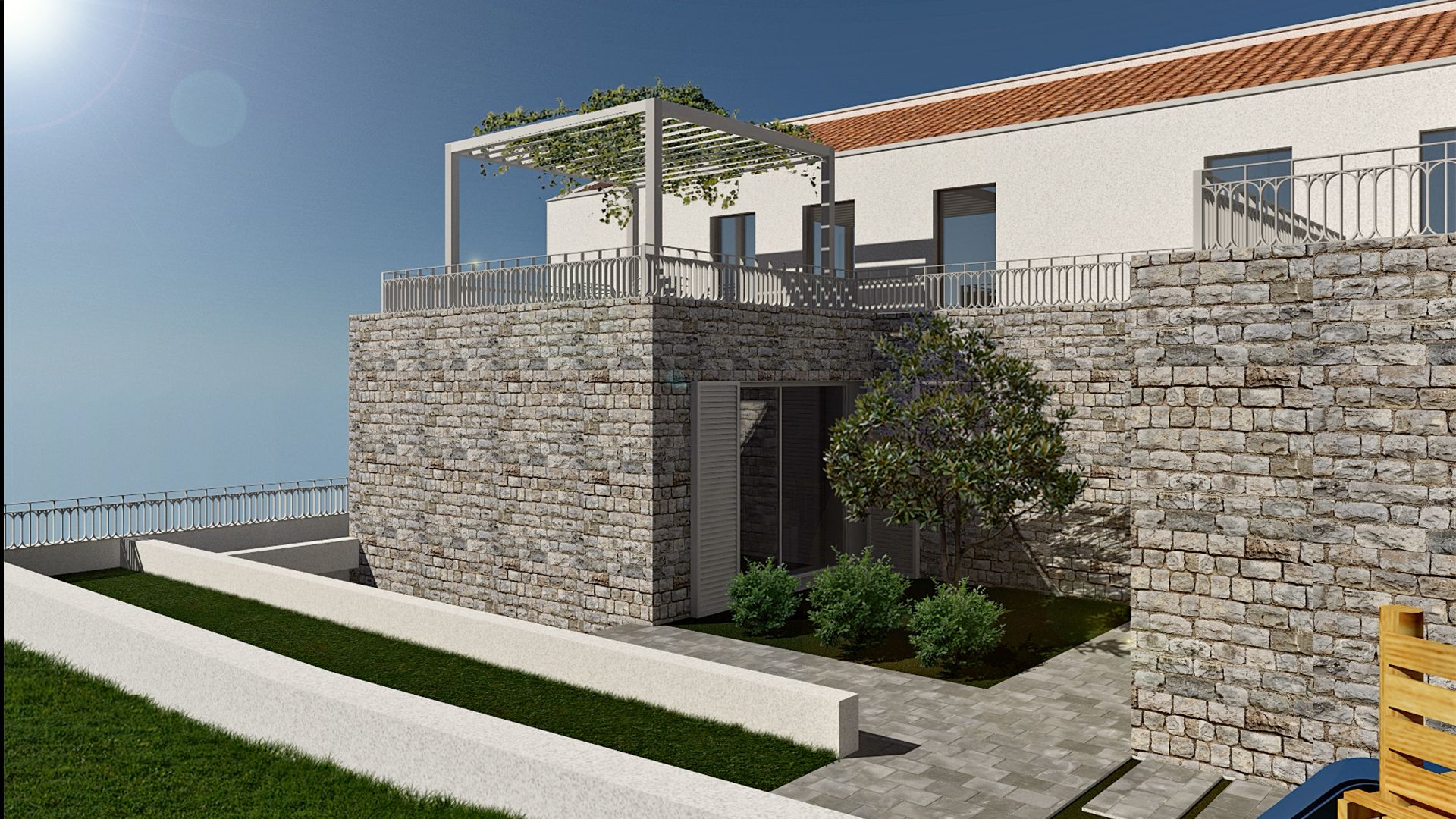 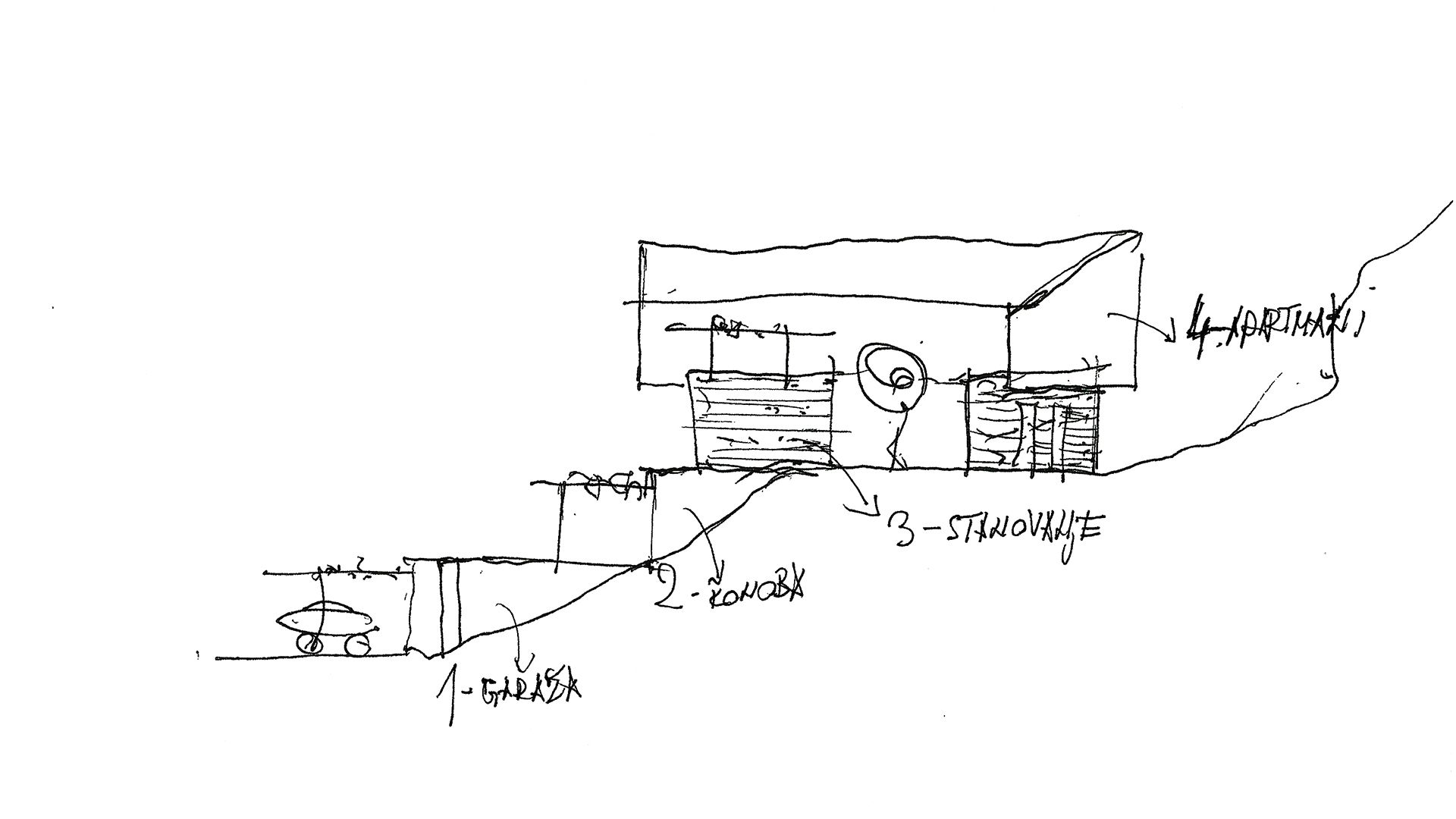 The concept derives from the specificity of the location and the environment.On the site there was a double, stone, old and unusable house. Given that the two owners and both had the desire to have our studio designing separate building, each on their plot, we decided that the starting point for the concept would be an attempt to create a visual entity and connectivity. Considering the context of the environment where there are mostly small family houses , we decided to break the building into smaller parts, we decided to break the object into smaller parts, whose position at the same time we follow the cascade of terrain.

Also, we have tried to create a group form of smaller structures that make a common composition consisting of elements that are based on the contemporary interpretation of vernacular architecture in these areasThe stone that was on the façade of the old house we used it for a part of the facility that was designed to be a new home for the plot owners and with which we further emphasized the emotional component of the investor. Since the plot is inclined towards the north, we are in a position of smaller structures, trying to orient the more objects to the south and west.The pool is located behind the house, on the south side of the plot, which also provides the greatest privacy and sunburn.