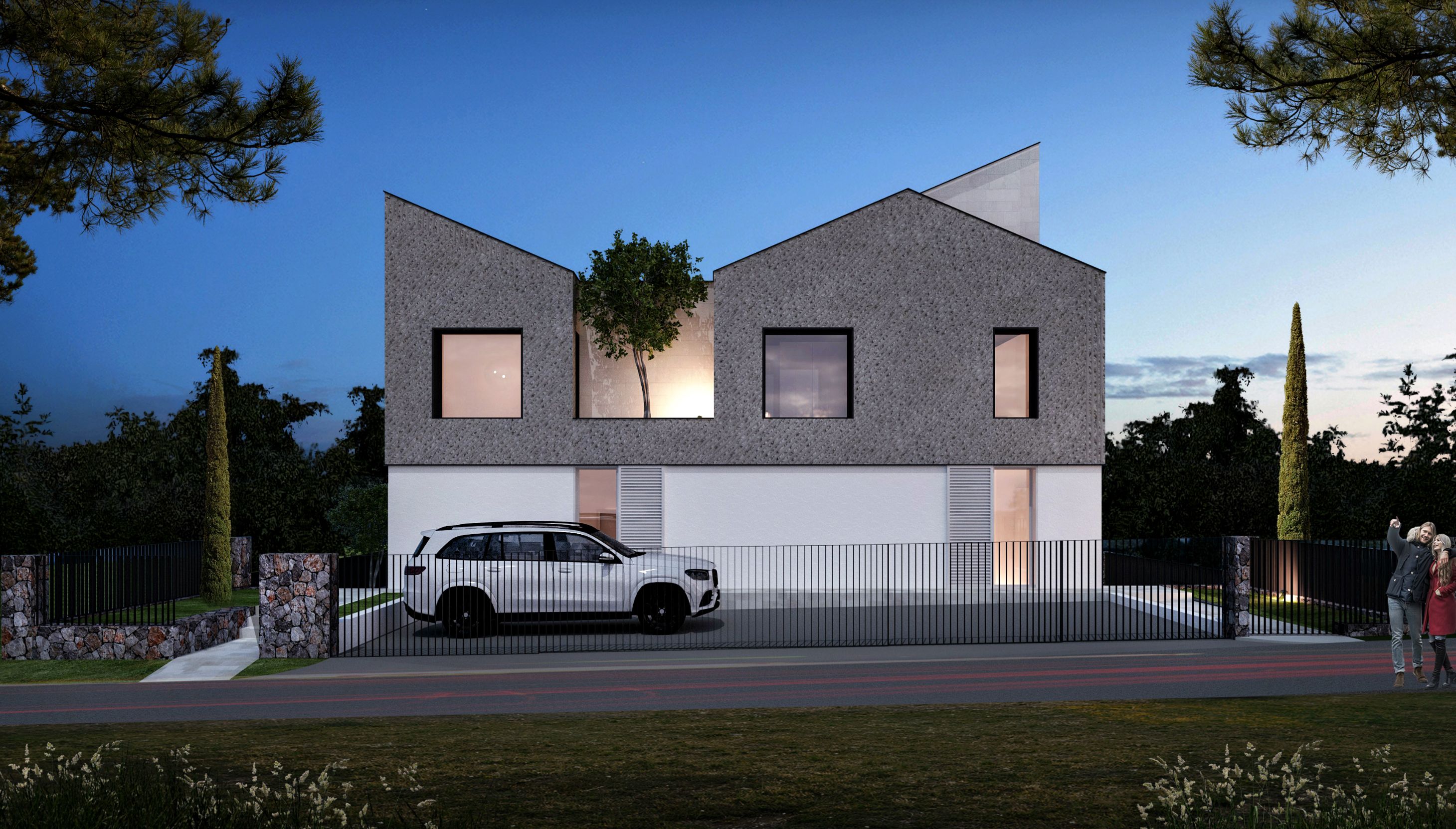 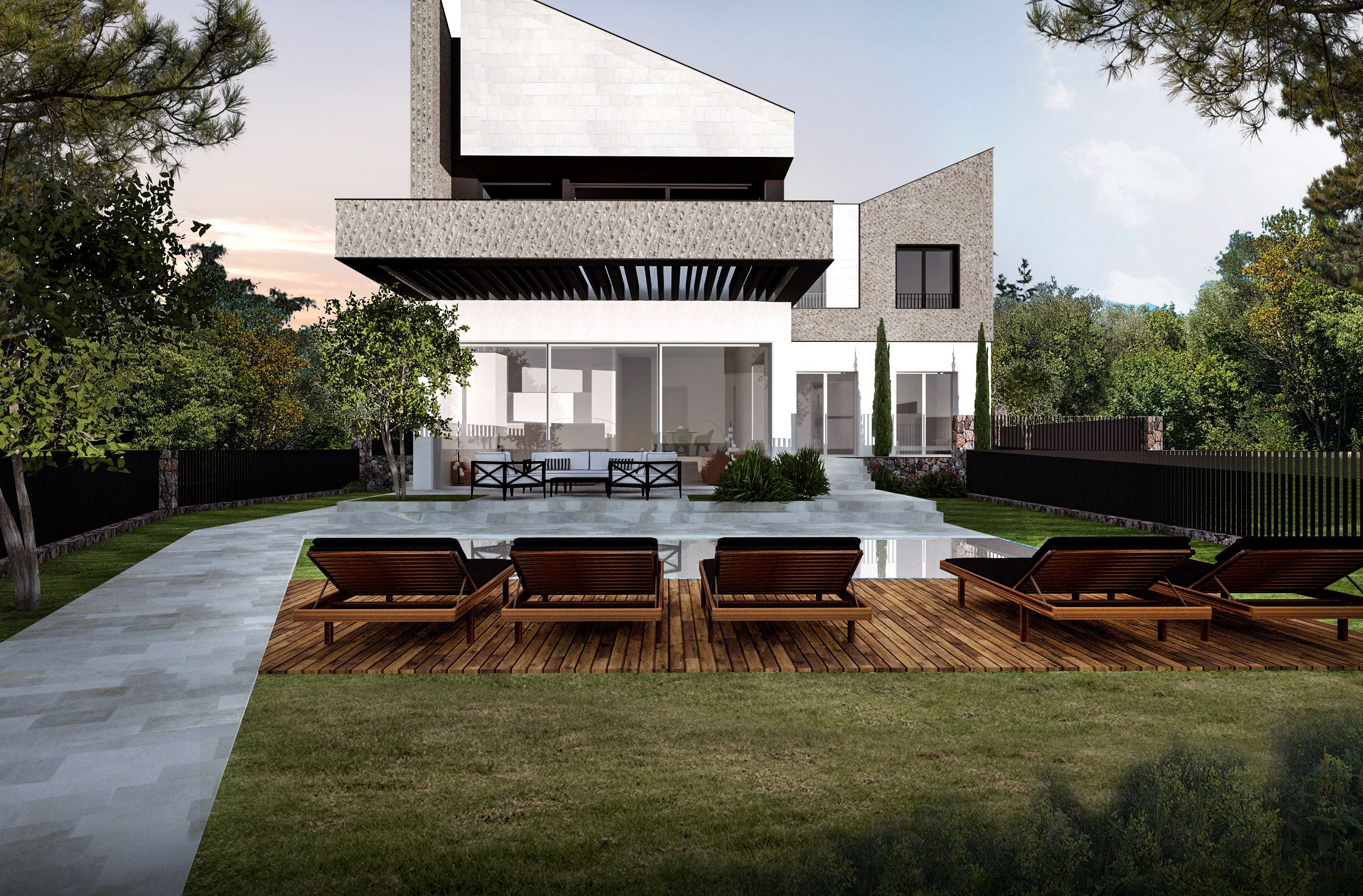 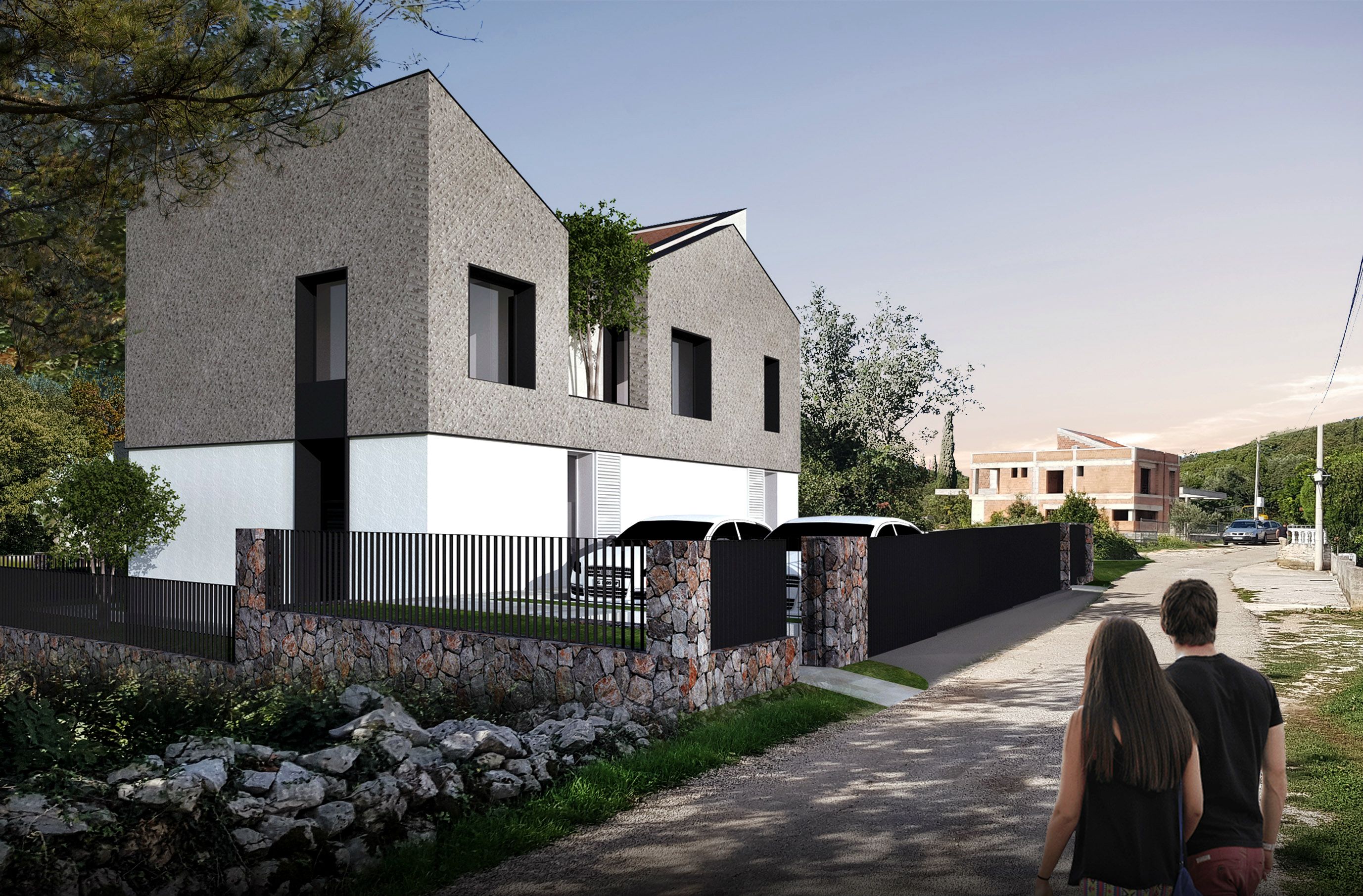 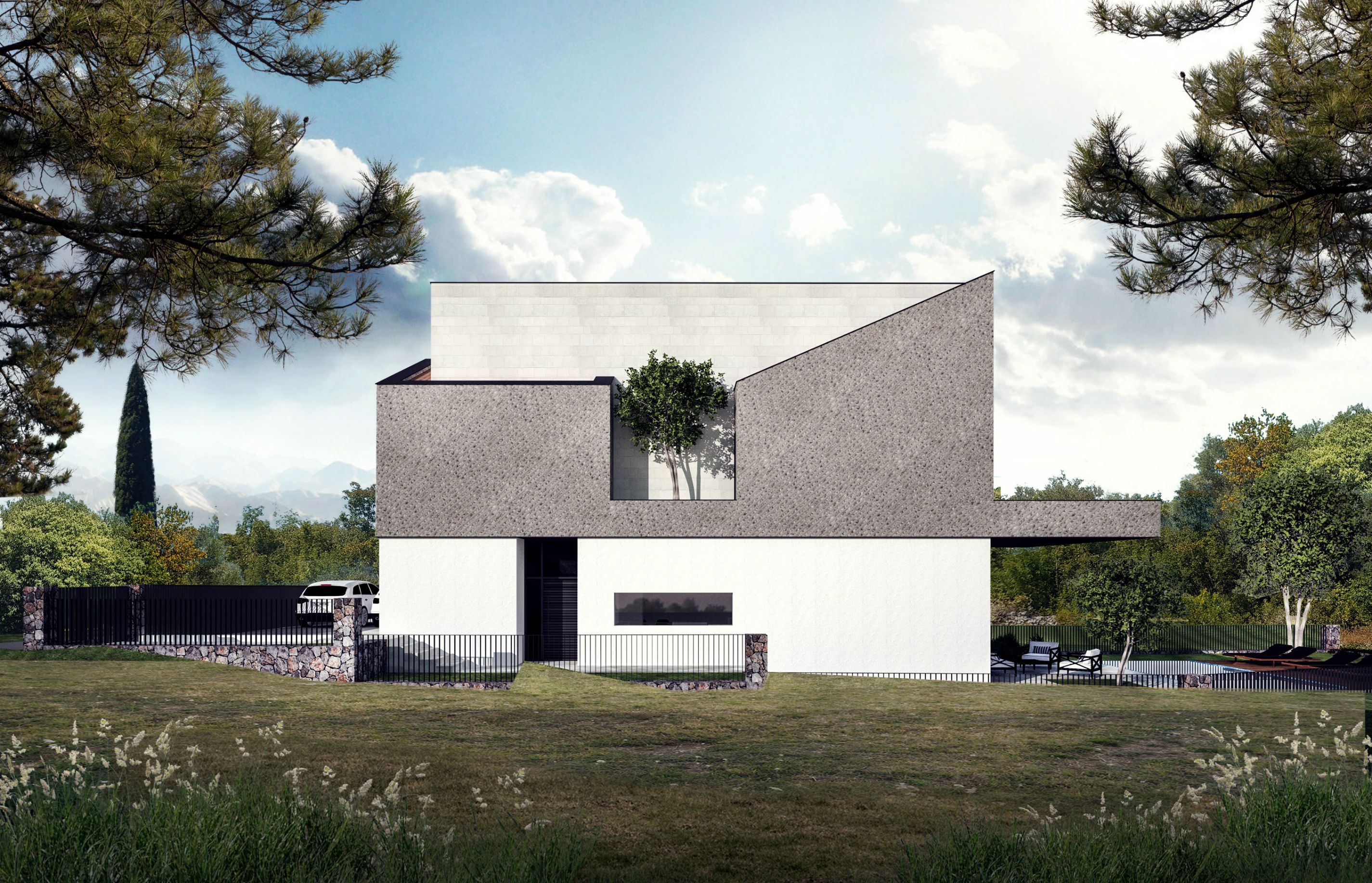 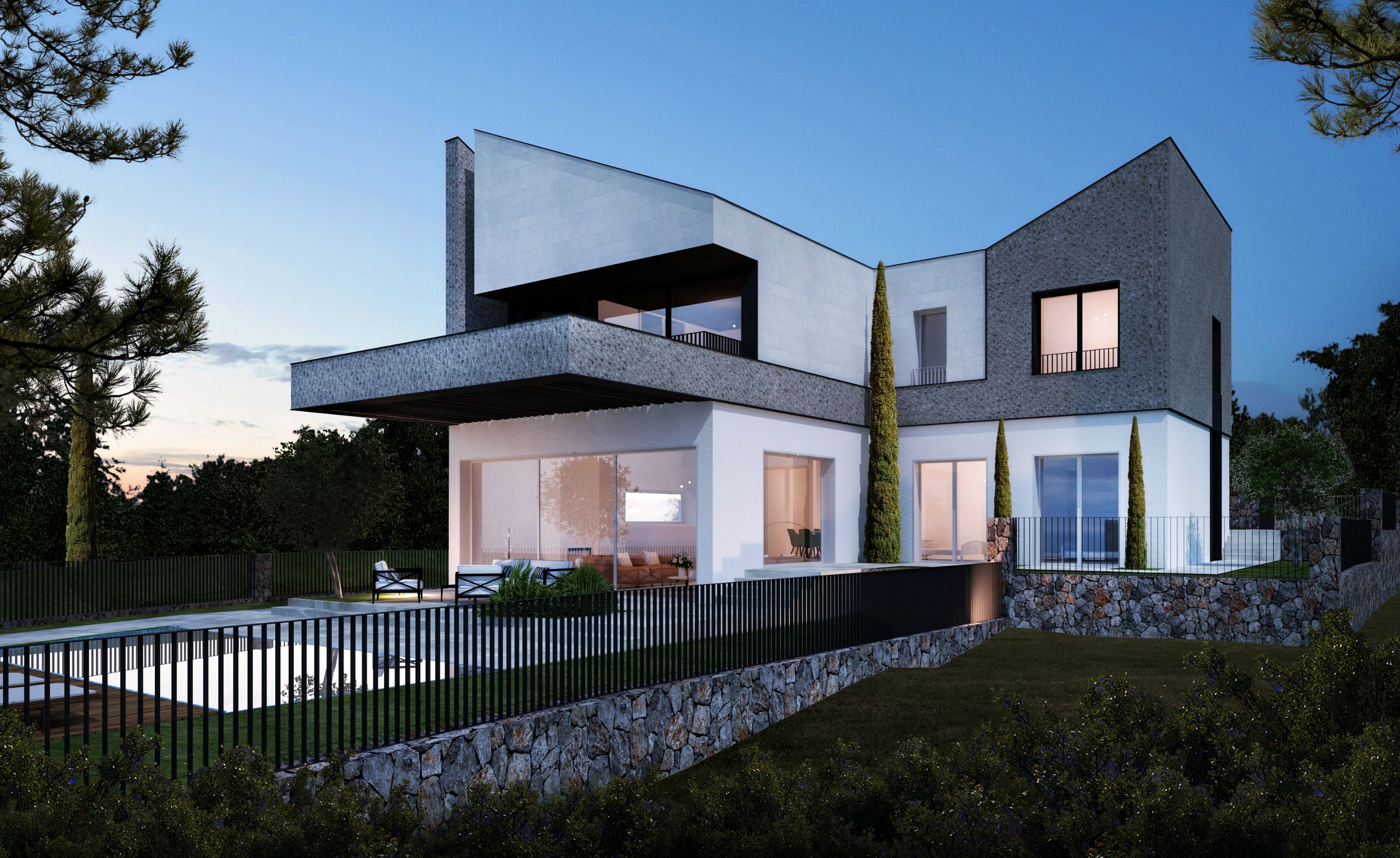 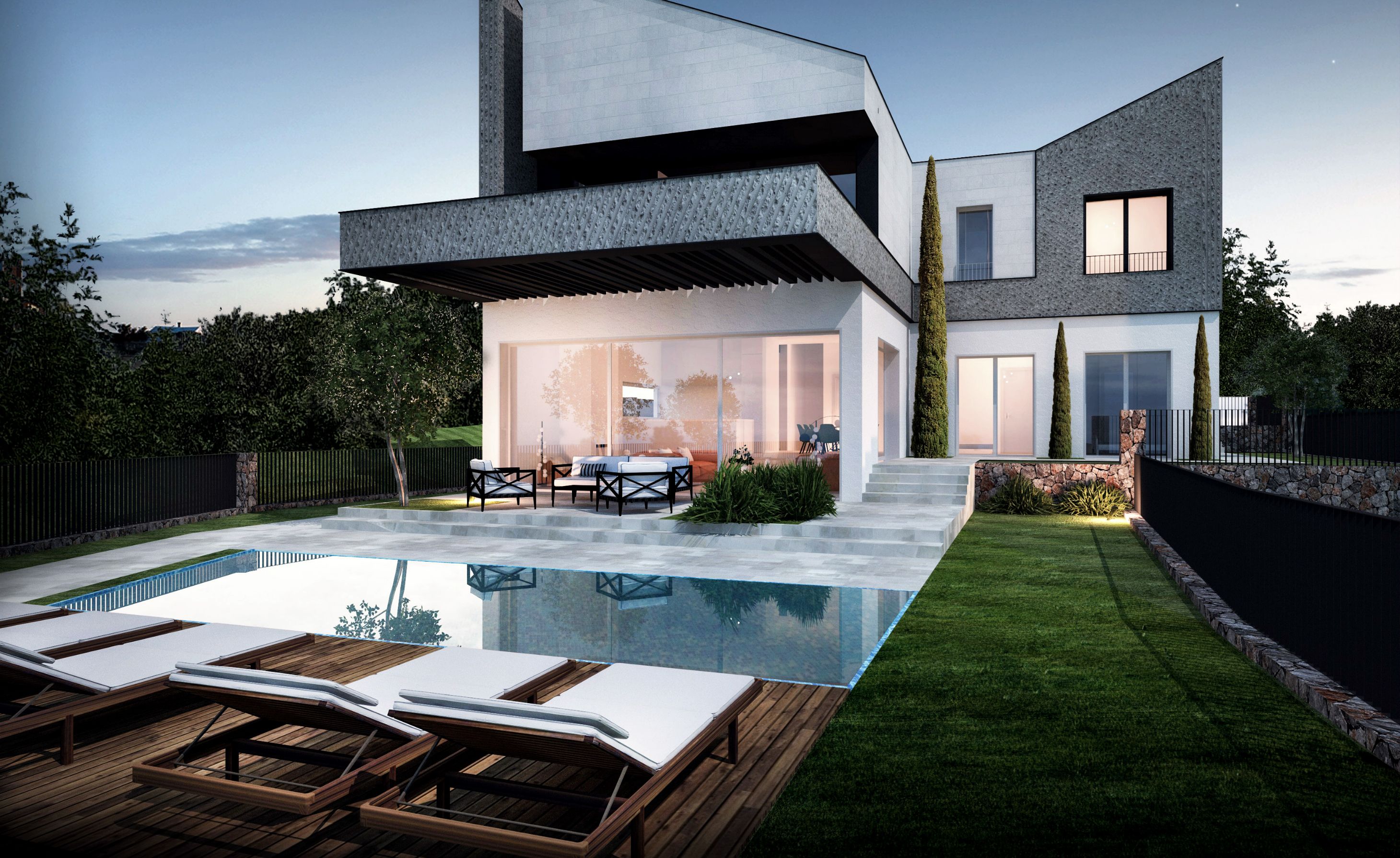 The facility is located in the rural part of the Lustica peninsula, in the settlement of Bogisici. It is set on flat terrain, with lots of greenery in its surroundings. The specificity of the location is the seaview, which opens on the narrow side of the plot, only at a height of 3 to 4m above ground level. From this specificity came the concept, in which we positioned the views of almost all rooms by positioning the building on the plot, and at the same time responded to the context of the traditional settlement with its design. The entire logic of designing this building stems from the tendency that, although the function corresponds to the modern way of life, in appearance we form traditional forms, so that the house responds to the local context. The building is conceived as a set of three traditional stone houses, set on a base, which with its neutrality and whiteness falls into the background. Considering the composition of the form, the accent on the part of the composition with stone forms, characteristic of traditional settlements, is recognizable.