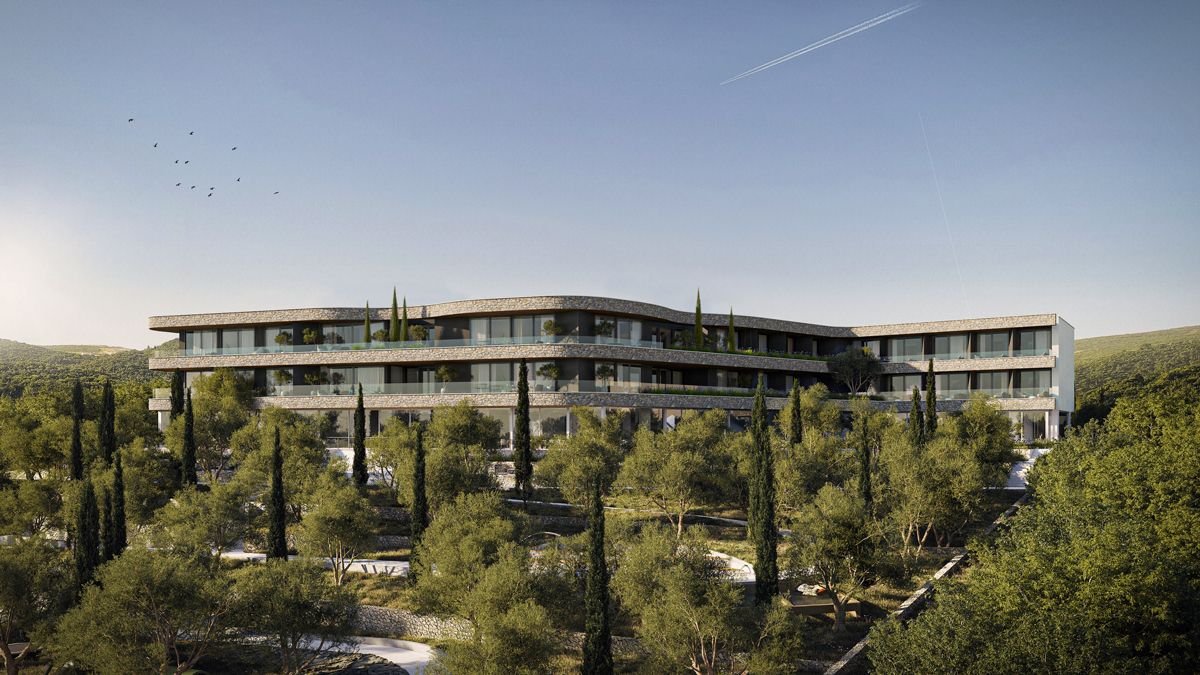 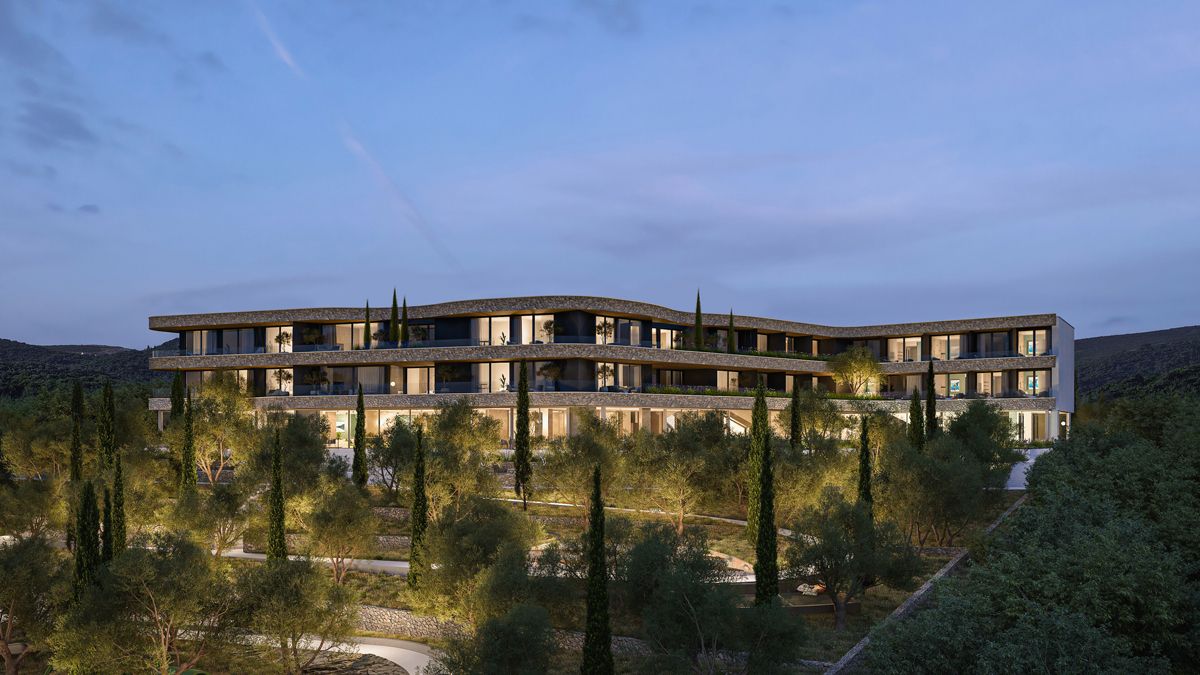 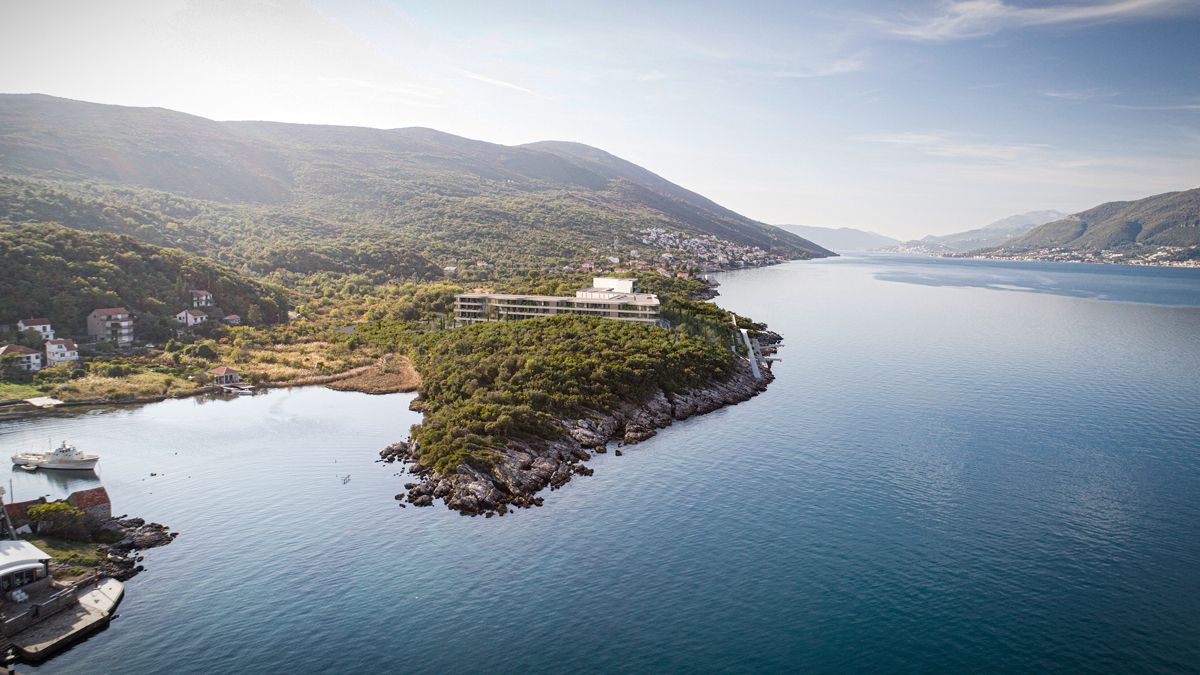 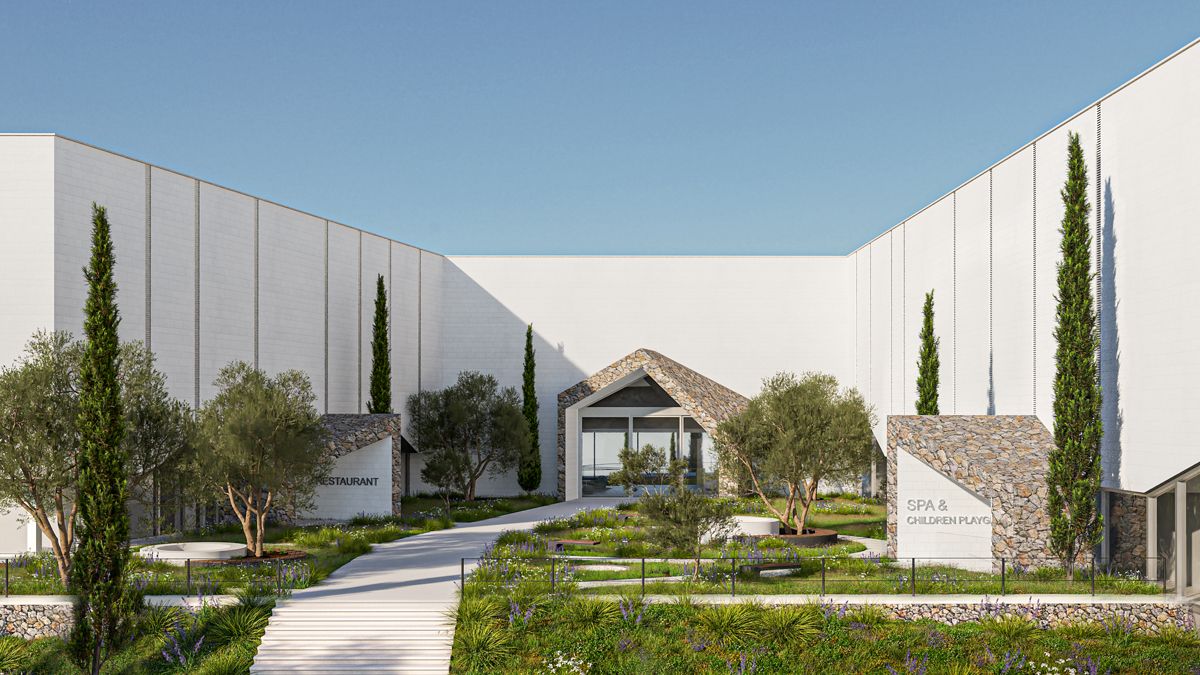 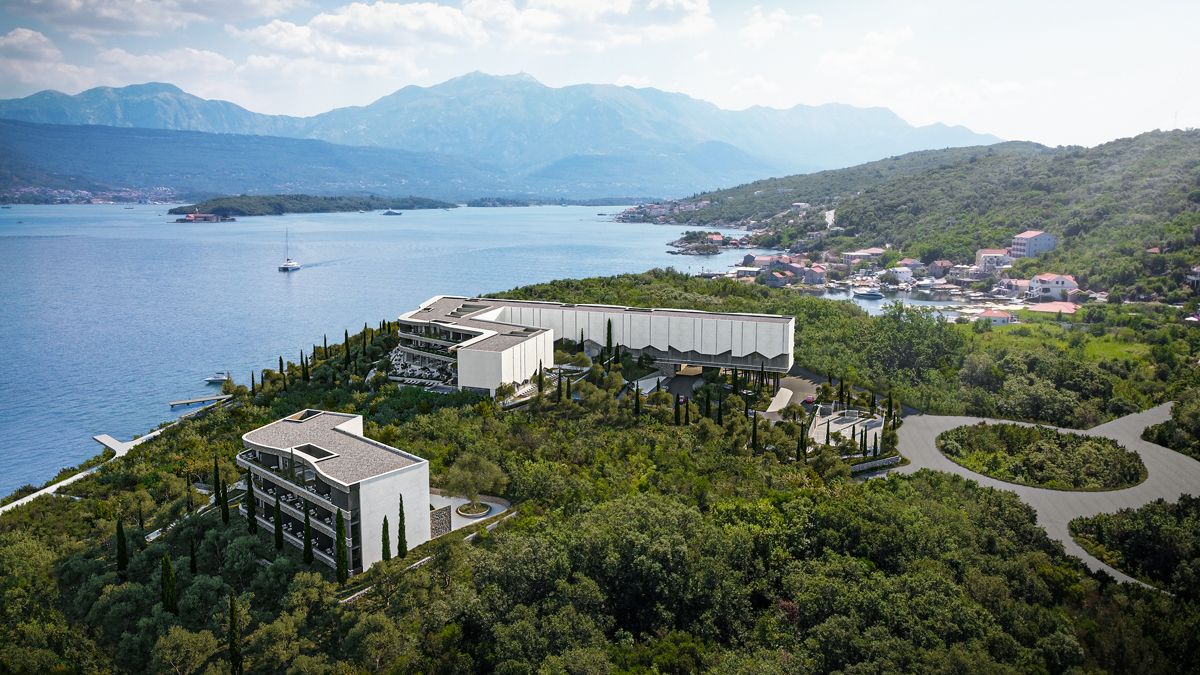 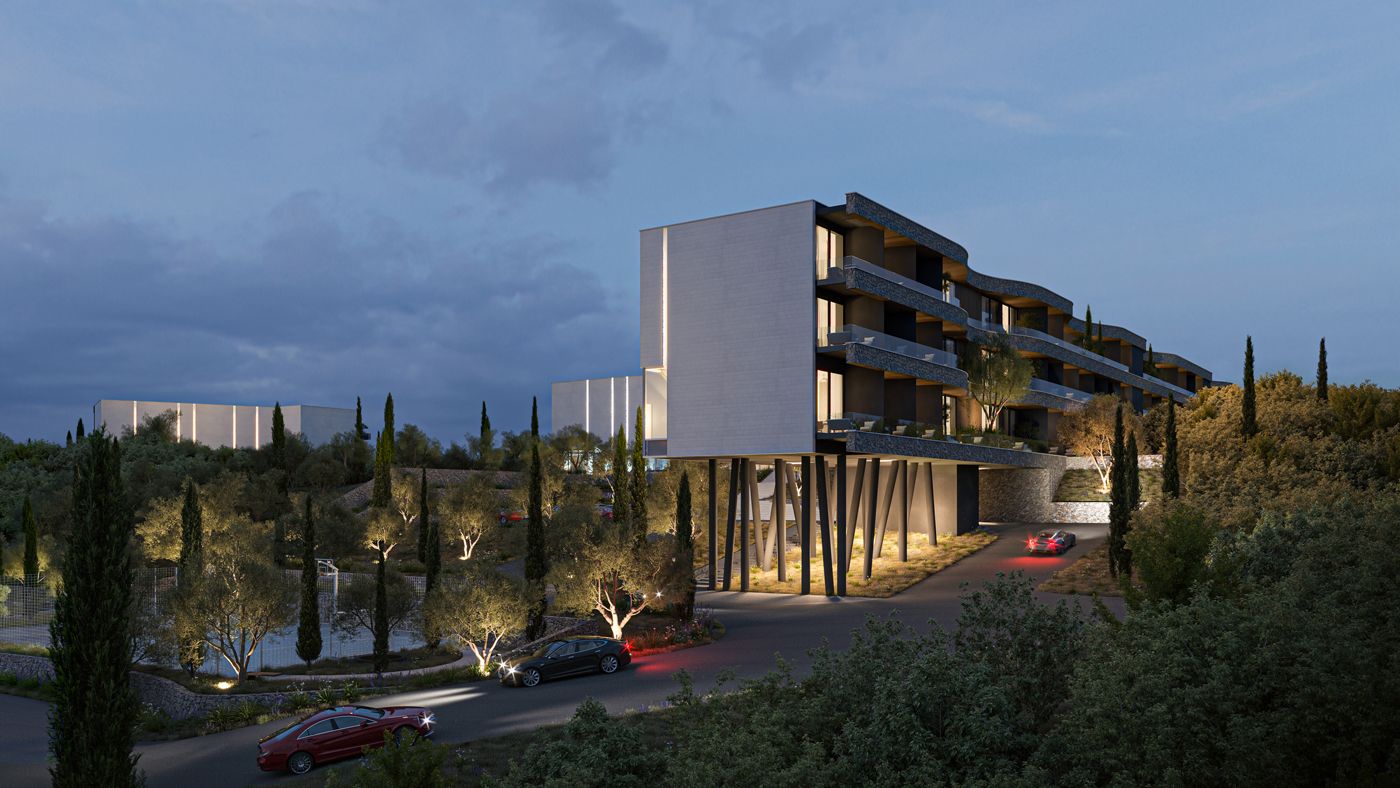 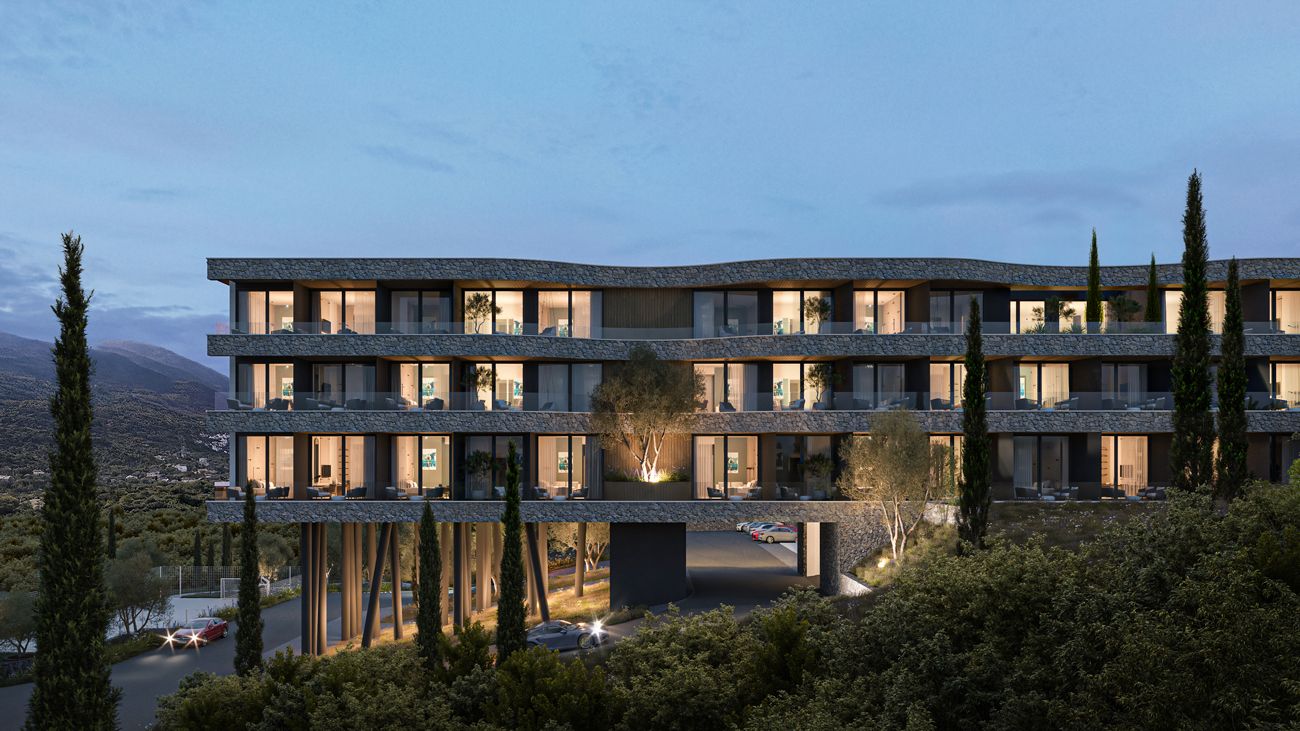 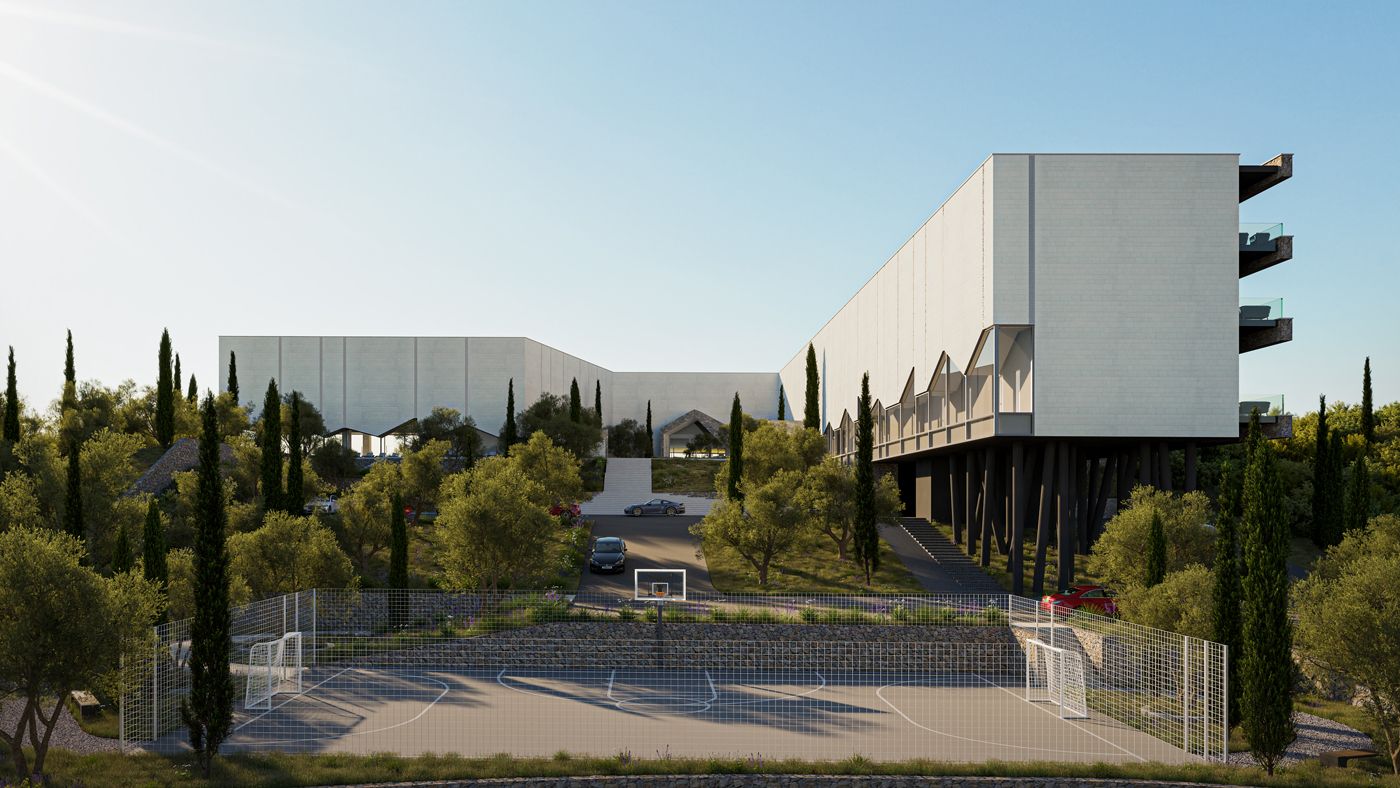 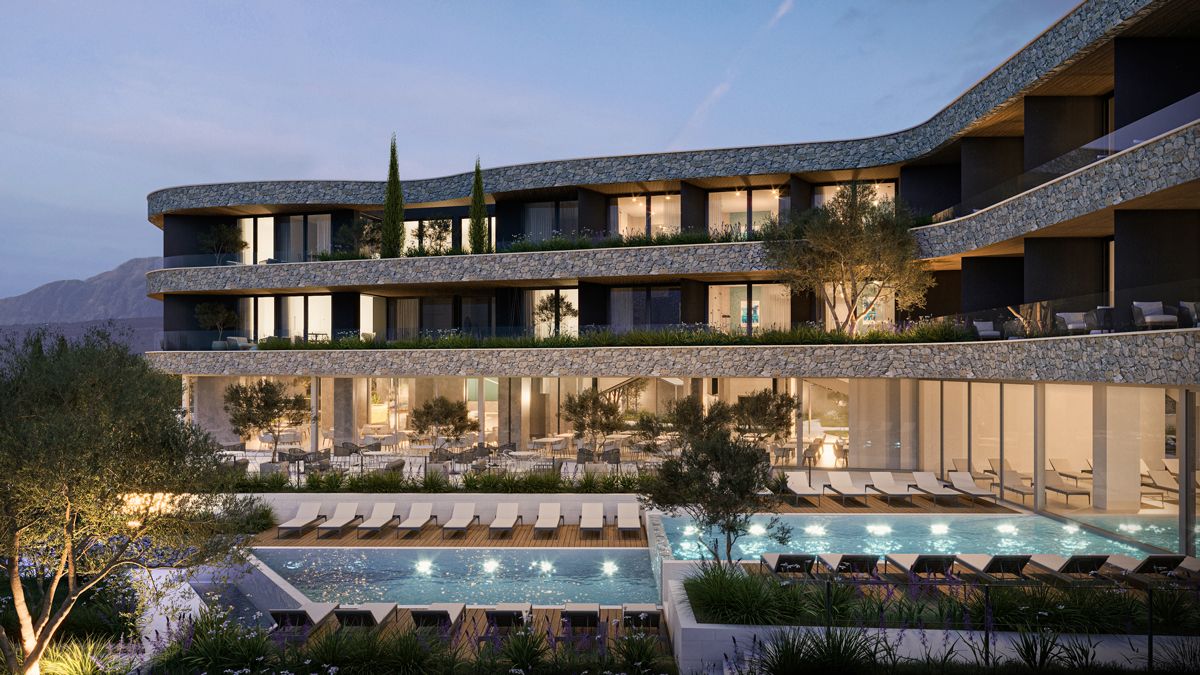 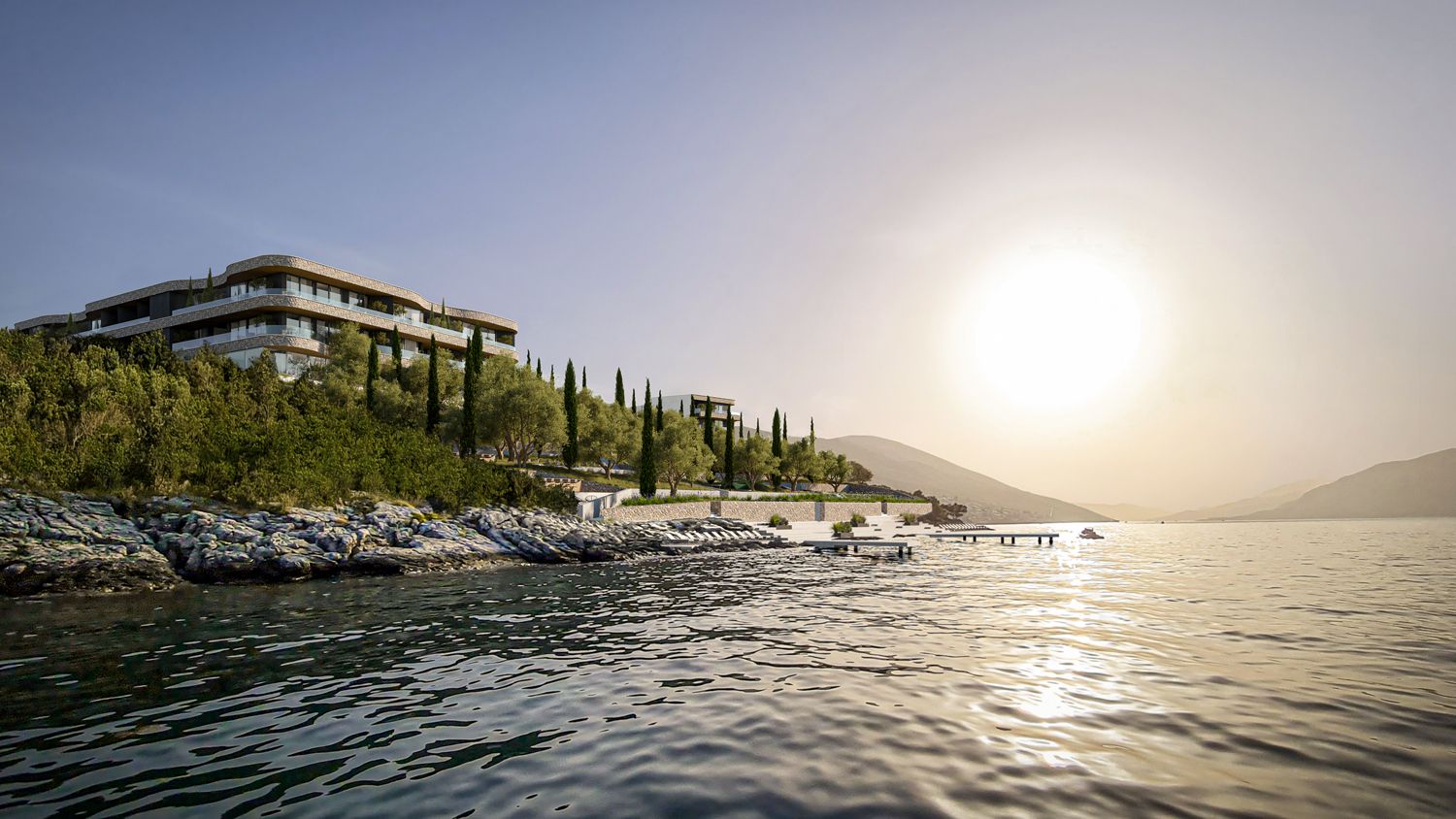 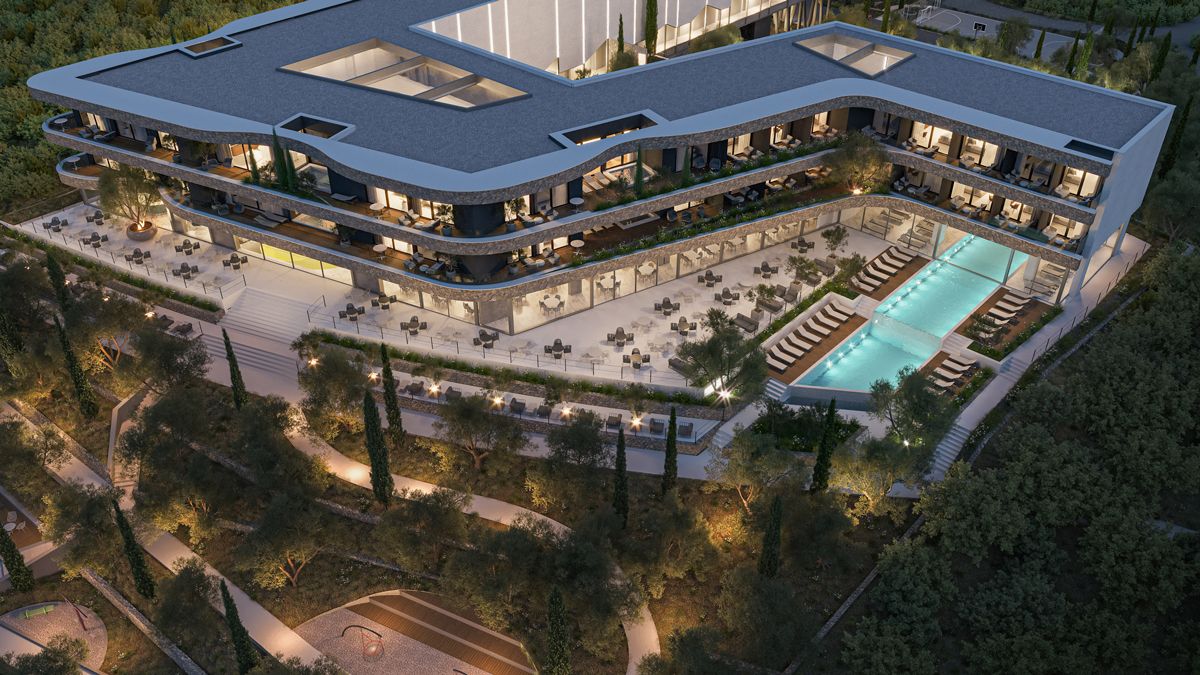 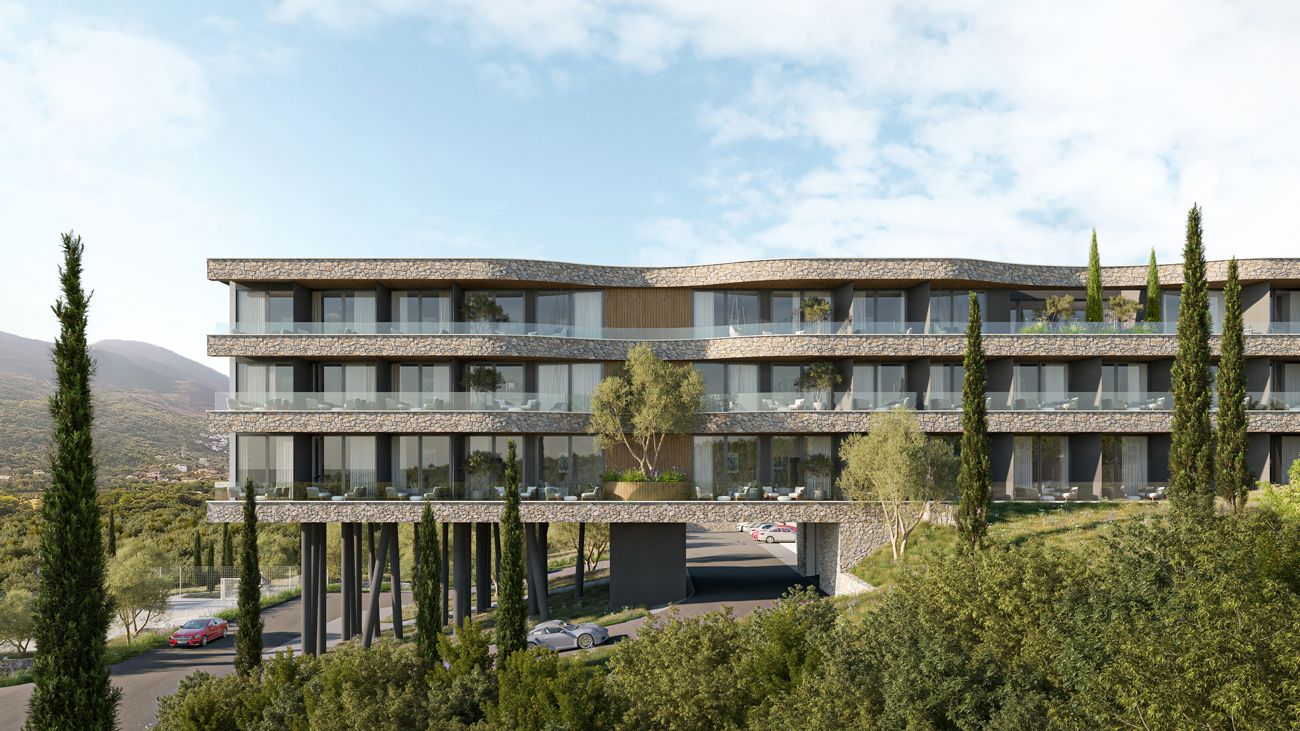 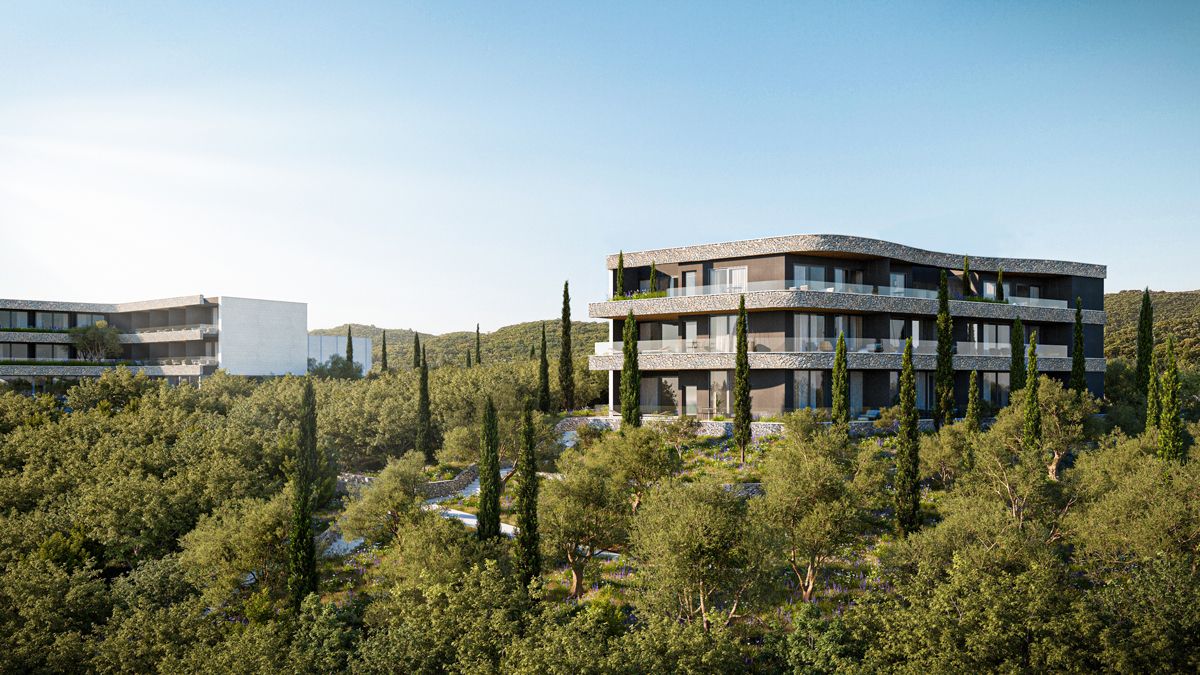 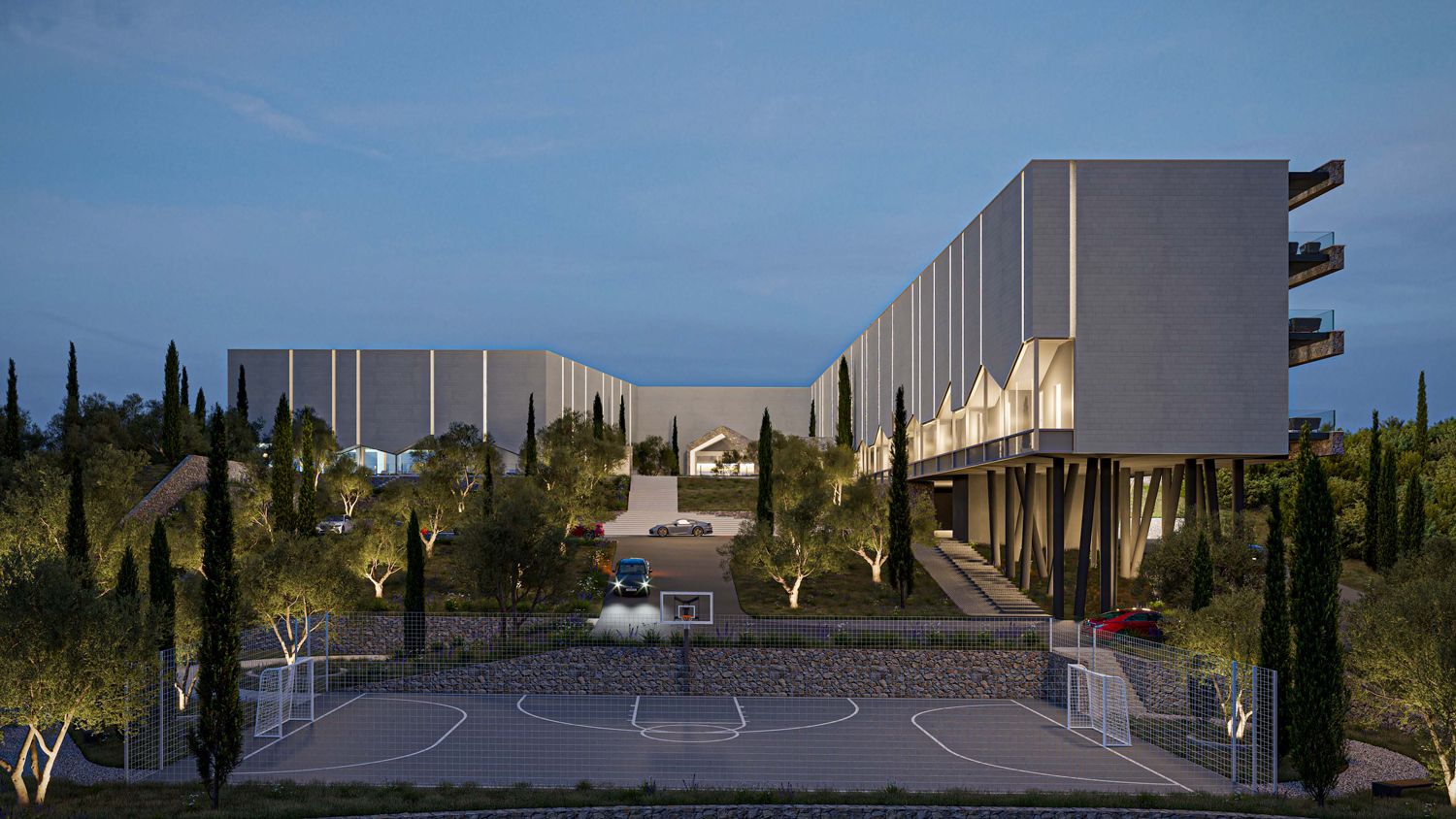 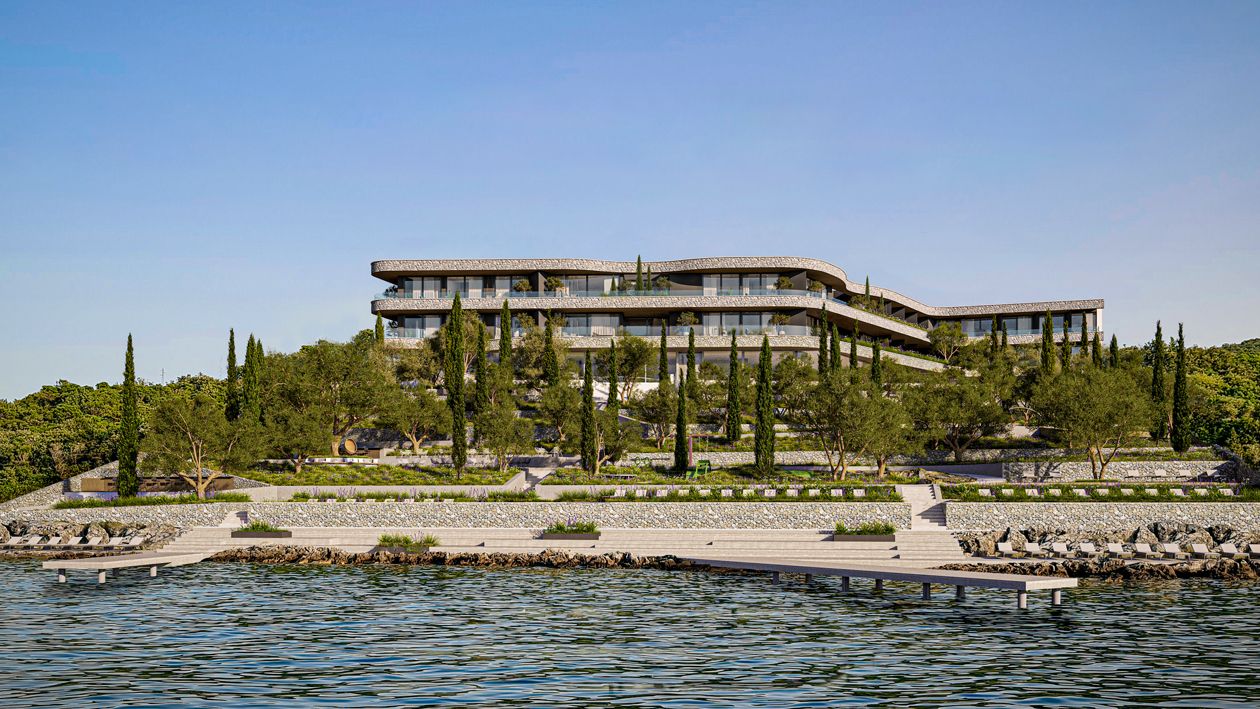 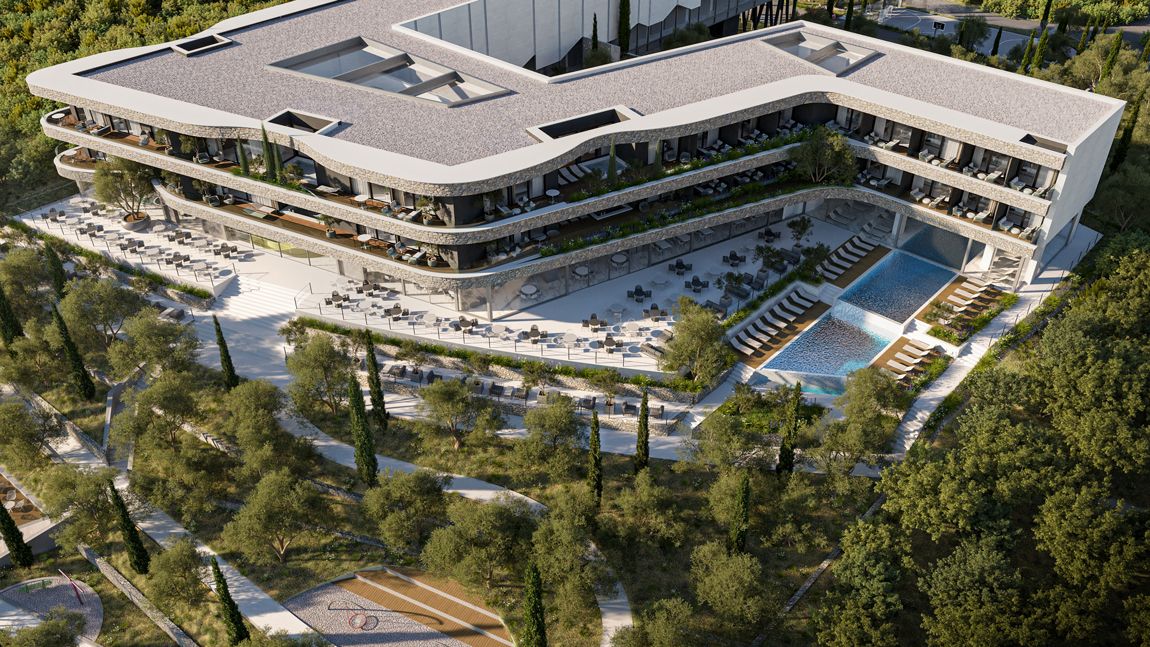 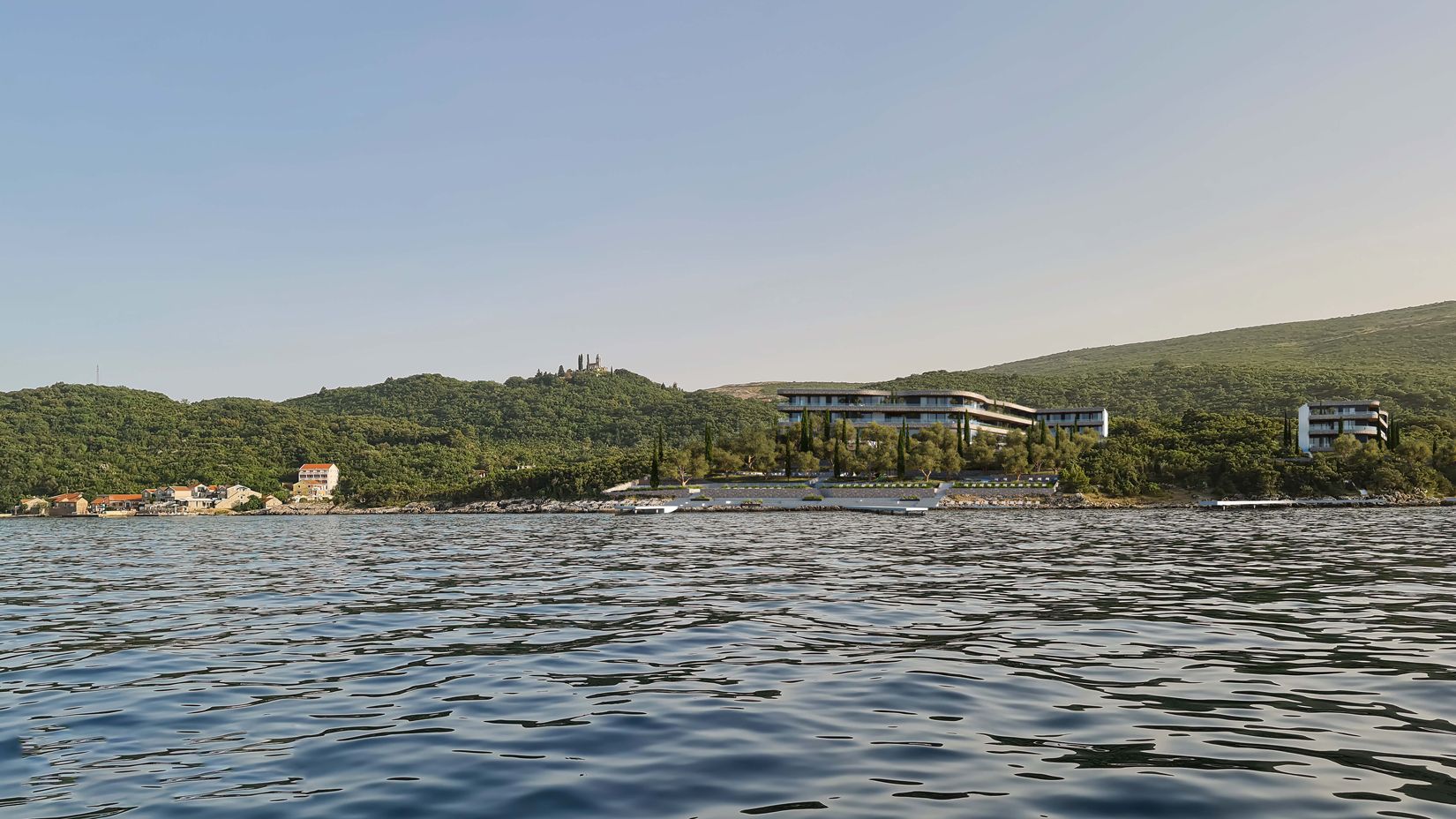 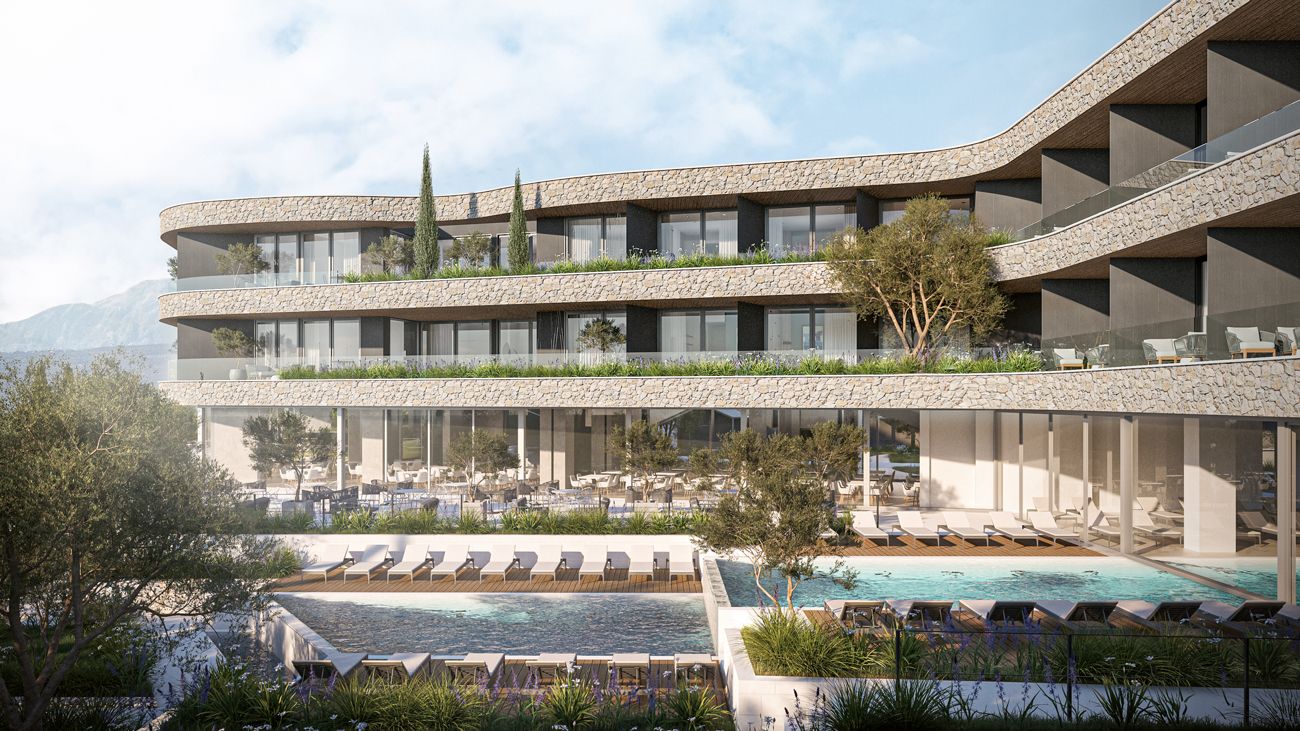 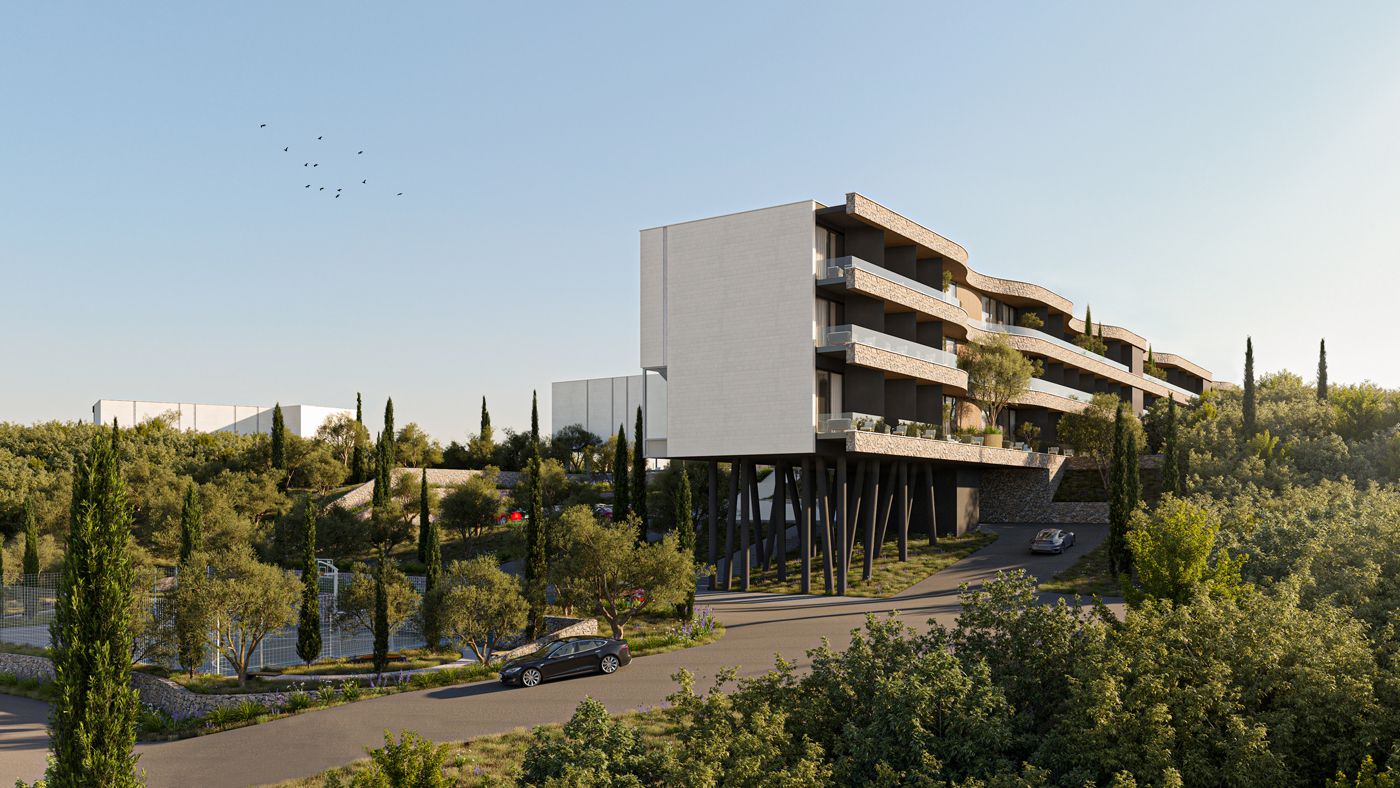 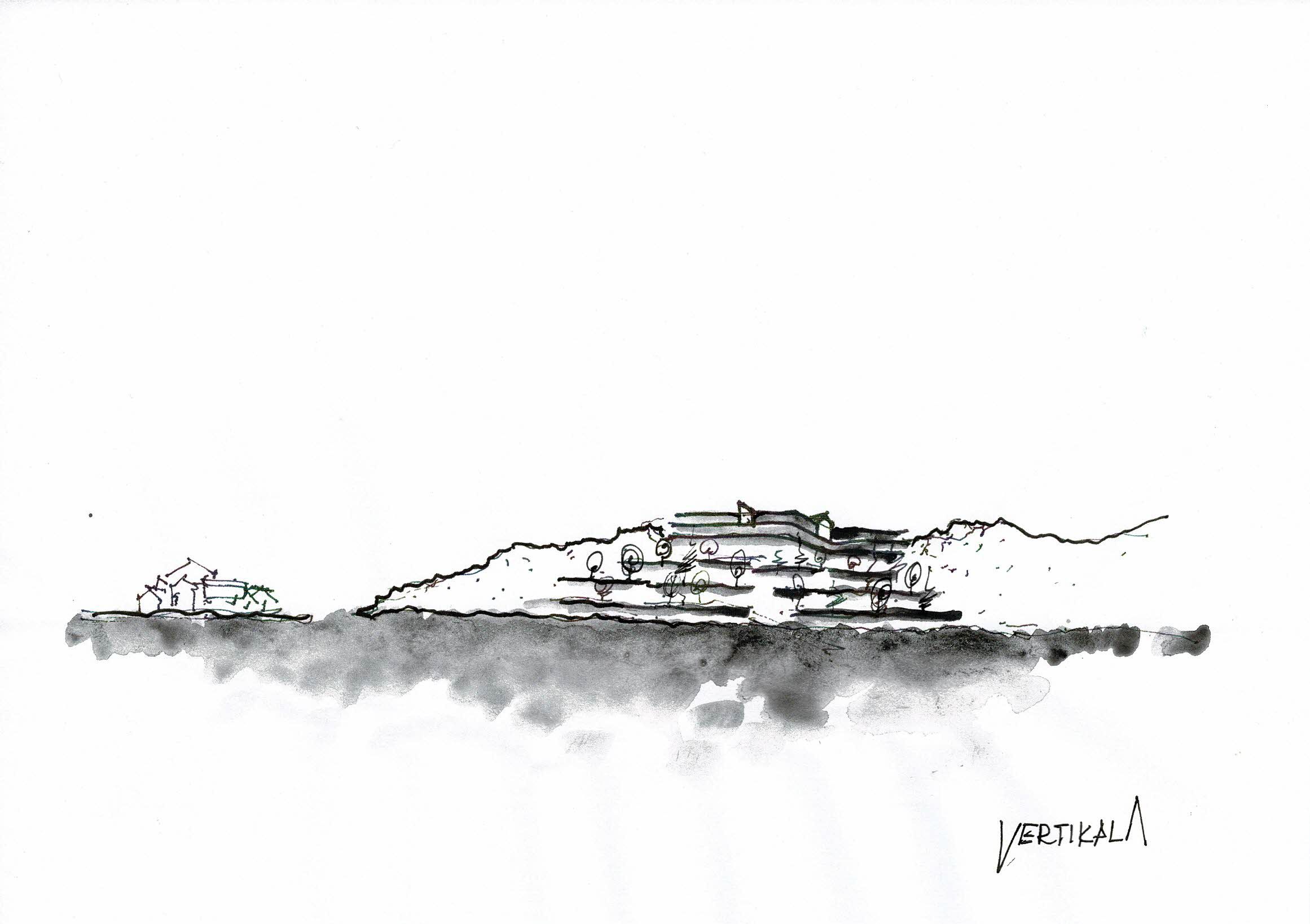 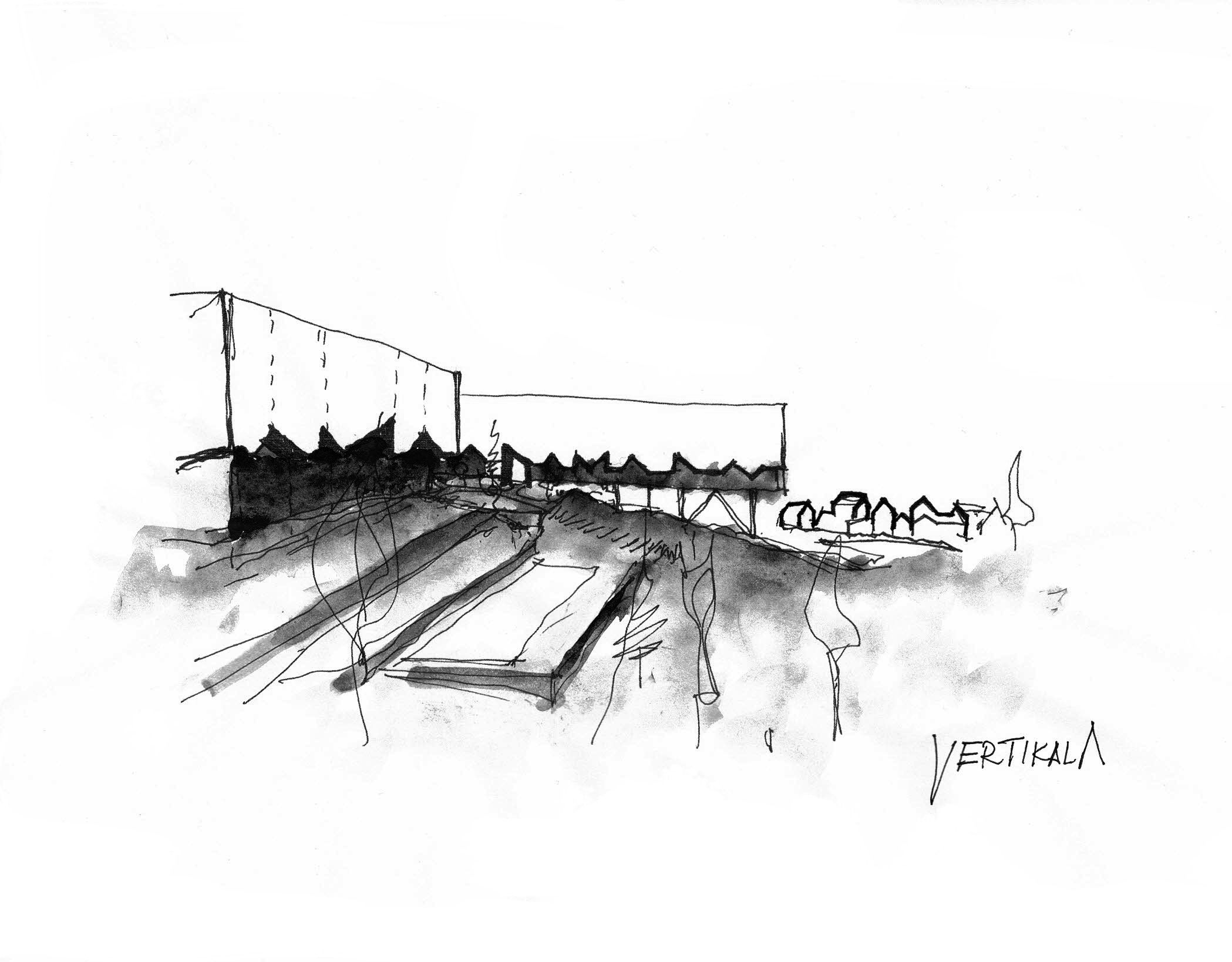 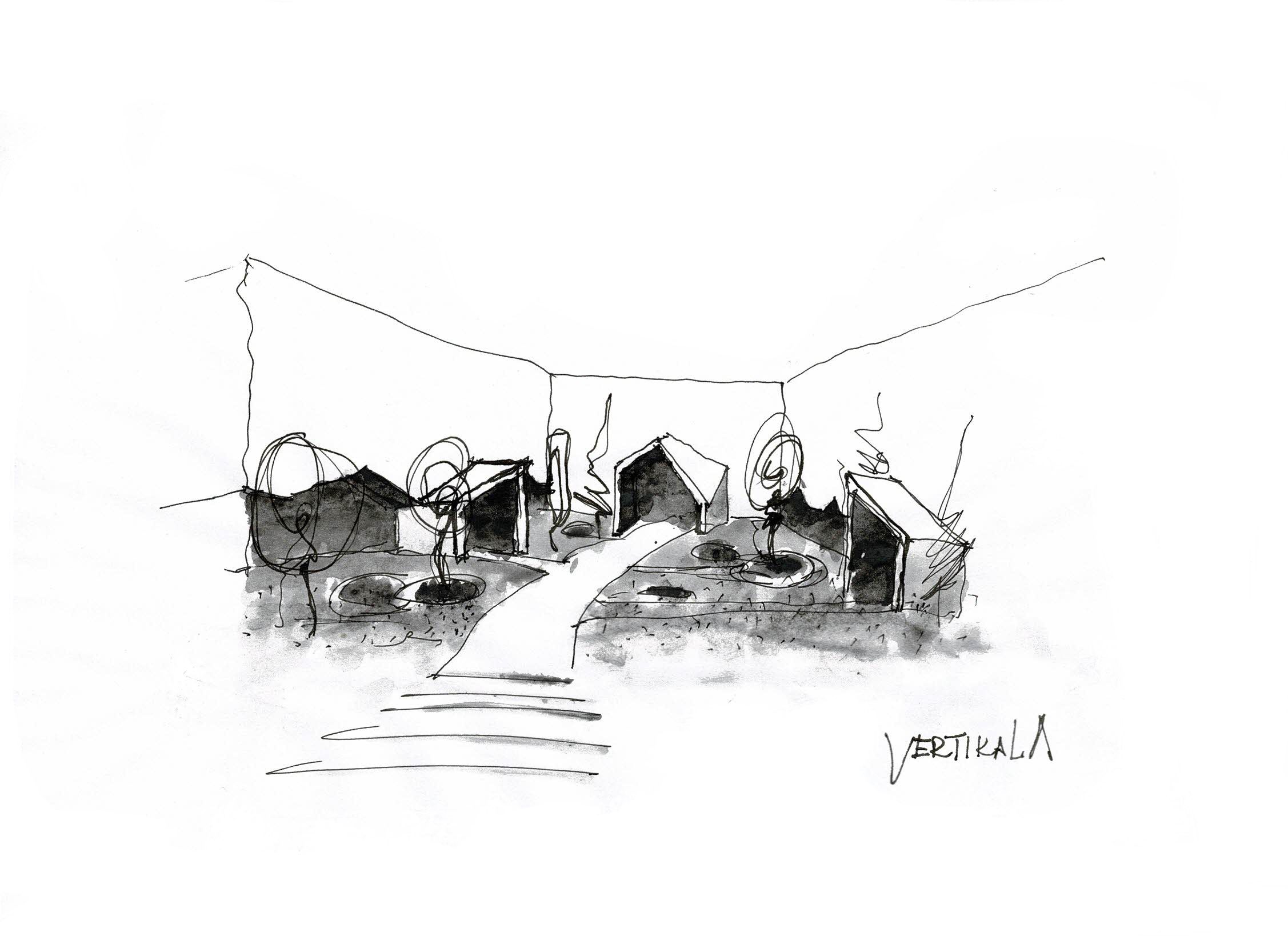 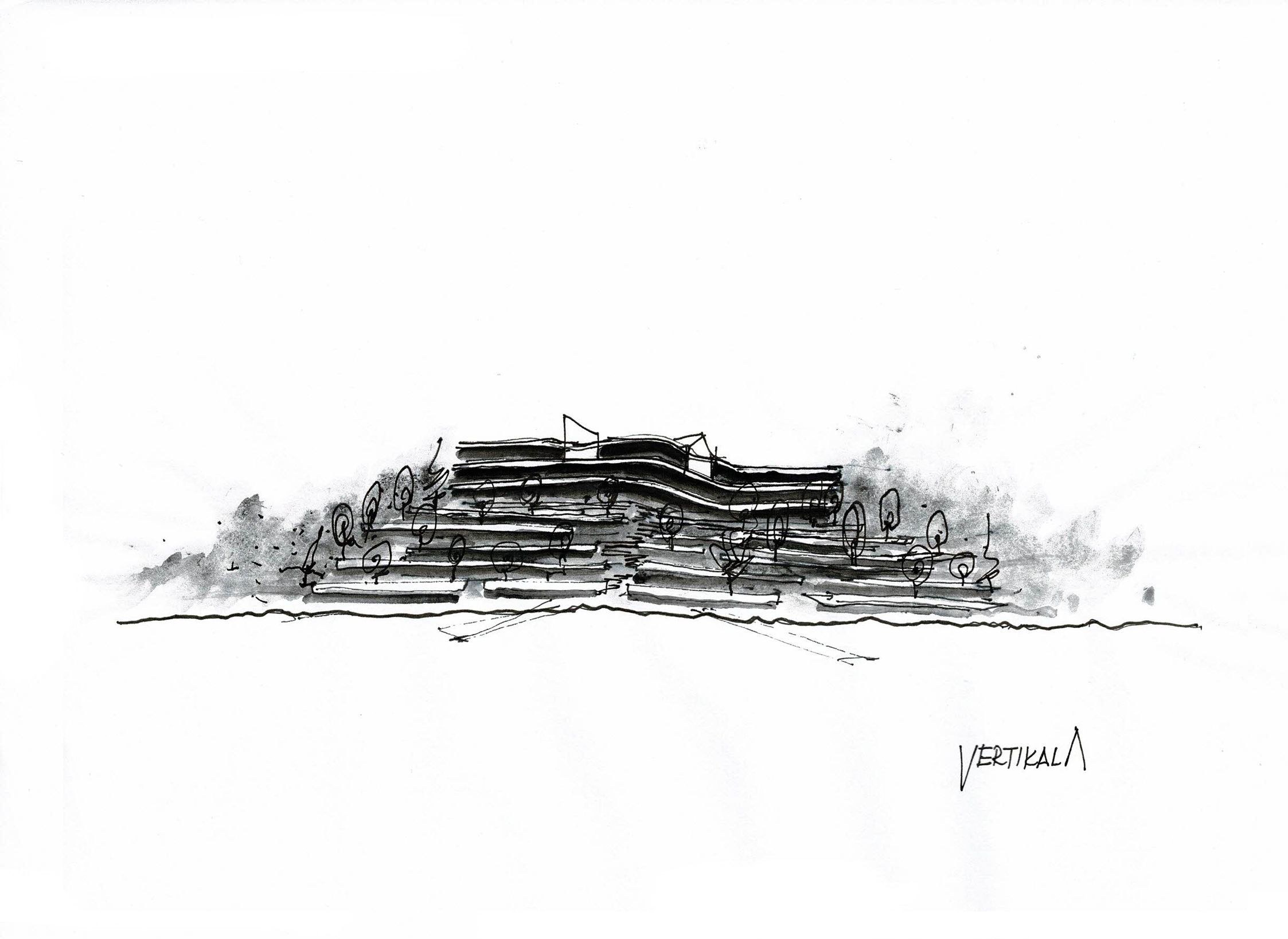 The building complex is located on the Lustica peninsula, nearby the old urban complex of Bjelila. The specific challenge of location is intention that as many accommodation units as possible have a view to the sea, despite the configuration of the terrain and the fact that the "shorter" side of the location is oriented towards the sea. Chasing of potential views led to the idea that a part of the building located in the back of the site "floats" above the terrain, which opened views towards Bjelila bay.

In addition to the realized views, the console part of the building becomes a benchmark in the space and an accent that gives the hotel through authenticity and attractiveness. As one of the priorities when choosing the concept, form and materialization of the facades of buildings, is the view from the side of the street-neighborhood and from the side of the sea.

The specific form of the building made it possible to create a human-sized atmosphere at the entrance. The inspiration for this type of the entrance came from a characteristic traditional house in Krtoli (Lustica).

The intimate ambience of the Krtoli home and the traditional Krtoli settlement is presented through the winding entrance paths that pass through thick forest. The specific form and the material of the facades completed the experience of a traditional home and erased the feeling of an object of large and monumental dimensions, but instead created a welcoming, well-known humanly atmosphere. The experience was completed by the facades of the building that do not look at the sea, imitating the contour of the neighboring urban area of Bjelila, which was achieved by transferring the contour of the roofs.

The spatial concept was also directed by the idea of achieving coherence of the object and environment. The inspiration for the facades, as well as the landscaping, came from the drystone walls of Lustica. The terrain was overcome by drystone walls in a cascade, just like in the original appearance, and then the motif itself was transposed to the facades, which brought a unique experience of the visual harmony of the object and the surrounding terrain in the found location.

By its appearance, the complex almost represents a continuation of the hill, while at the same time it offers a multitude of activities and spatial experiences for visitors. Carefully intertwined spaces bring plenty of daylight, greenery, space for children and, as the greatest potential, beautiful views, so the entrance itself is gifted with a generous view of the Bay of Boka. The hotel spaces will provide visitors with a multi-layered experience of luxury and reminiscence, and pay tribute to the spatial context through appreciation of nature and architectural heritage.