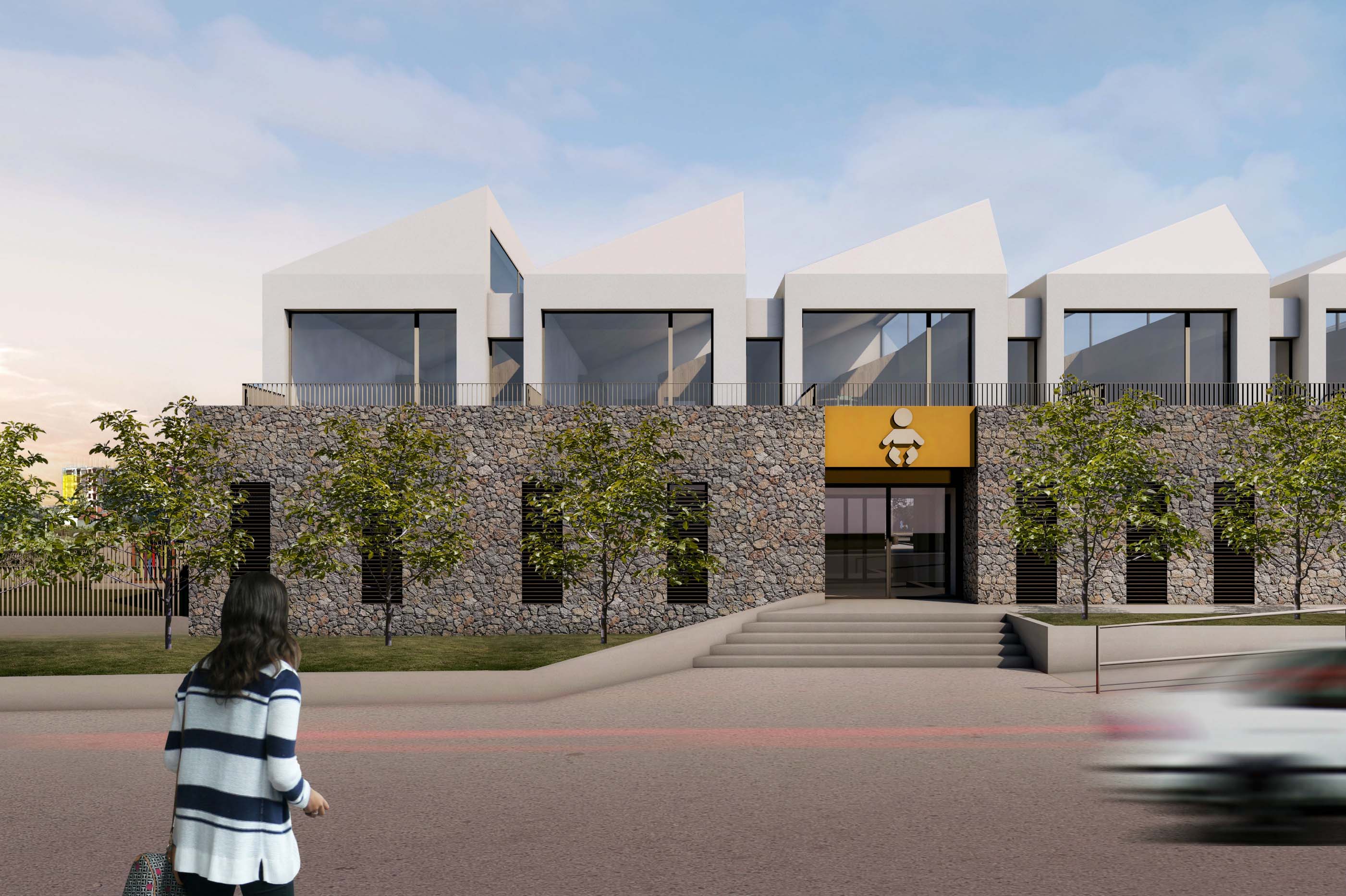 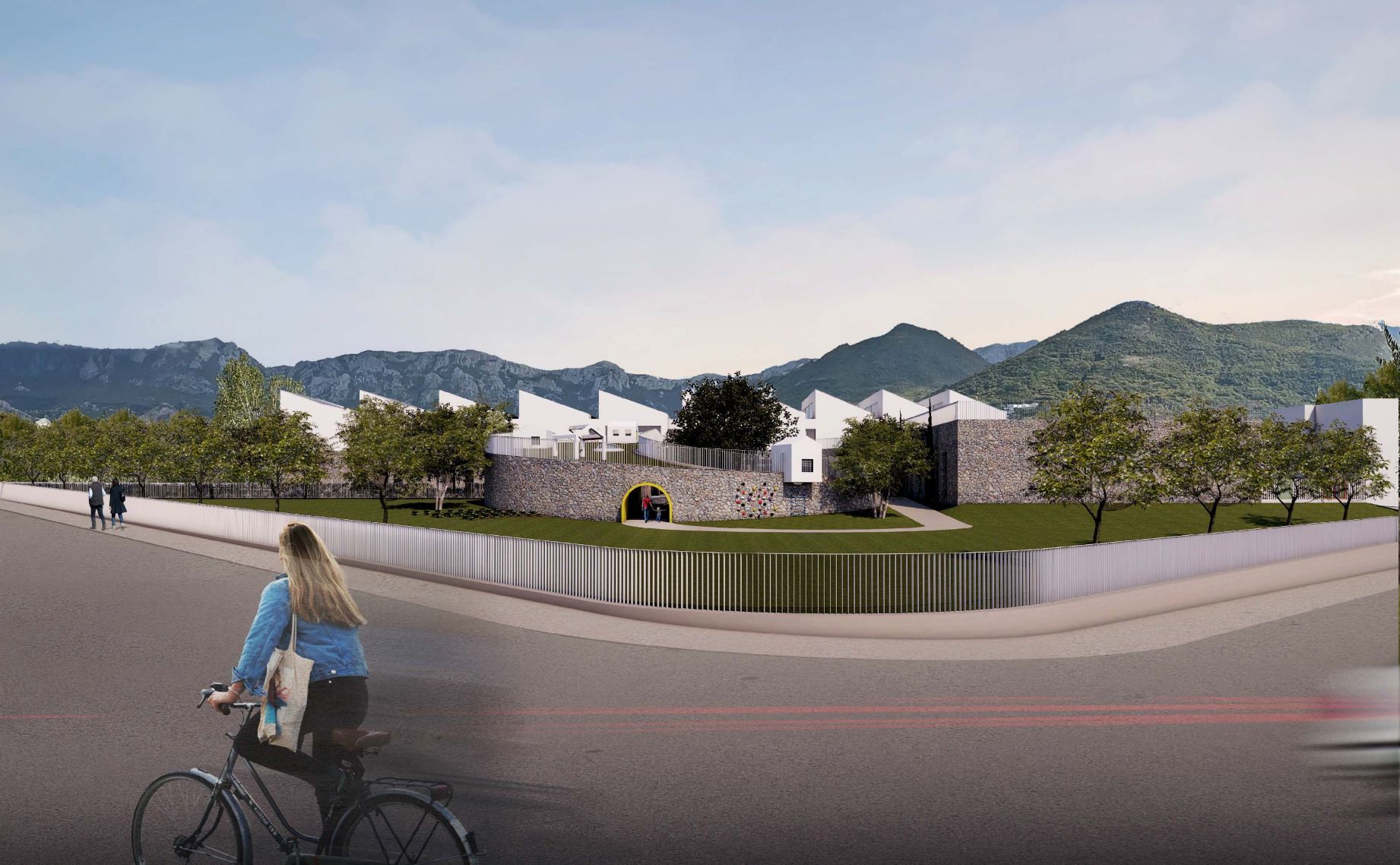 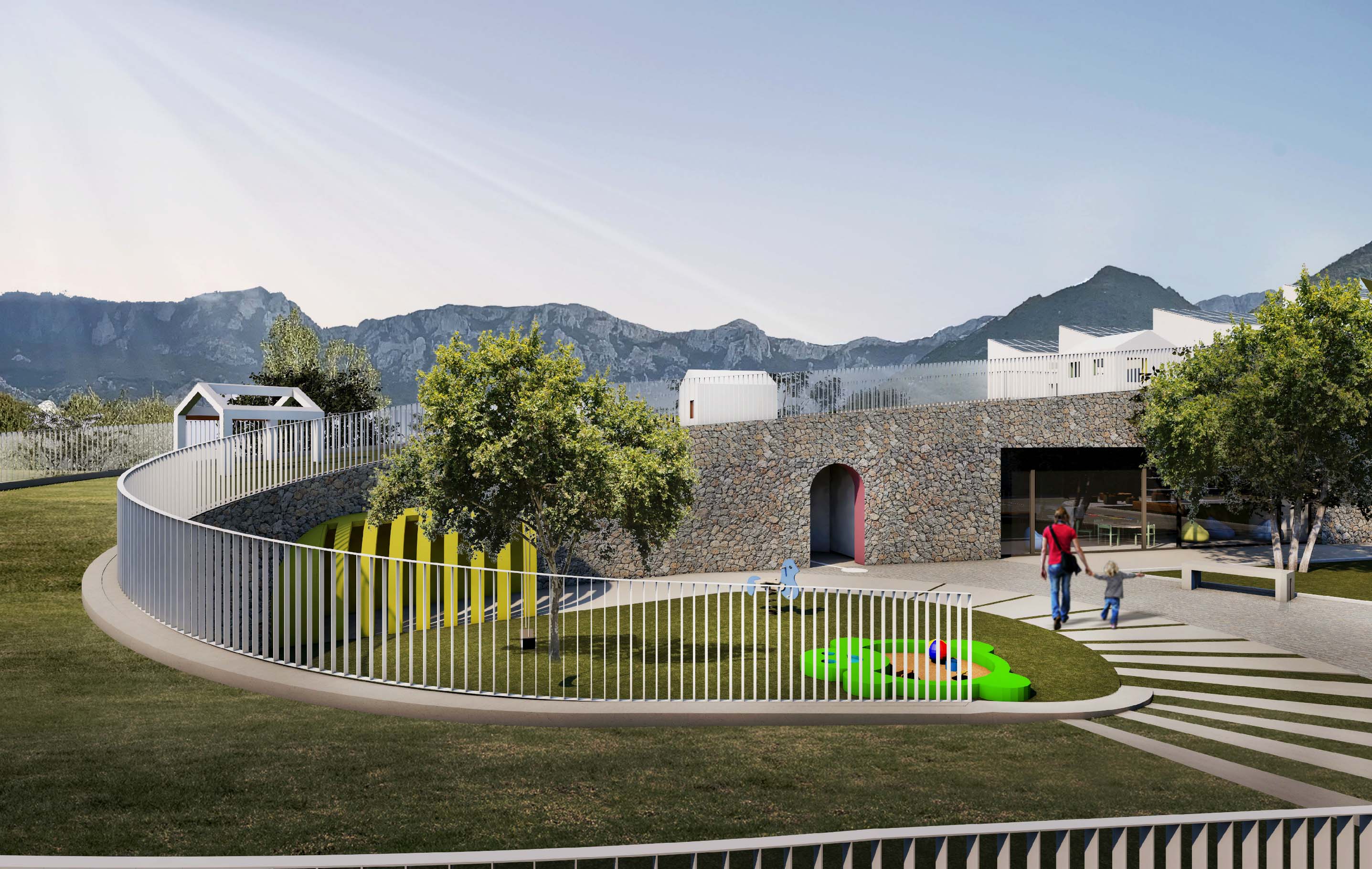 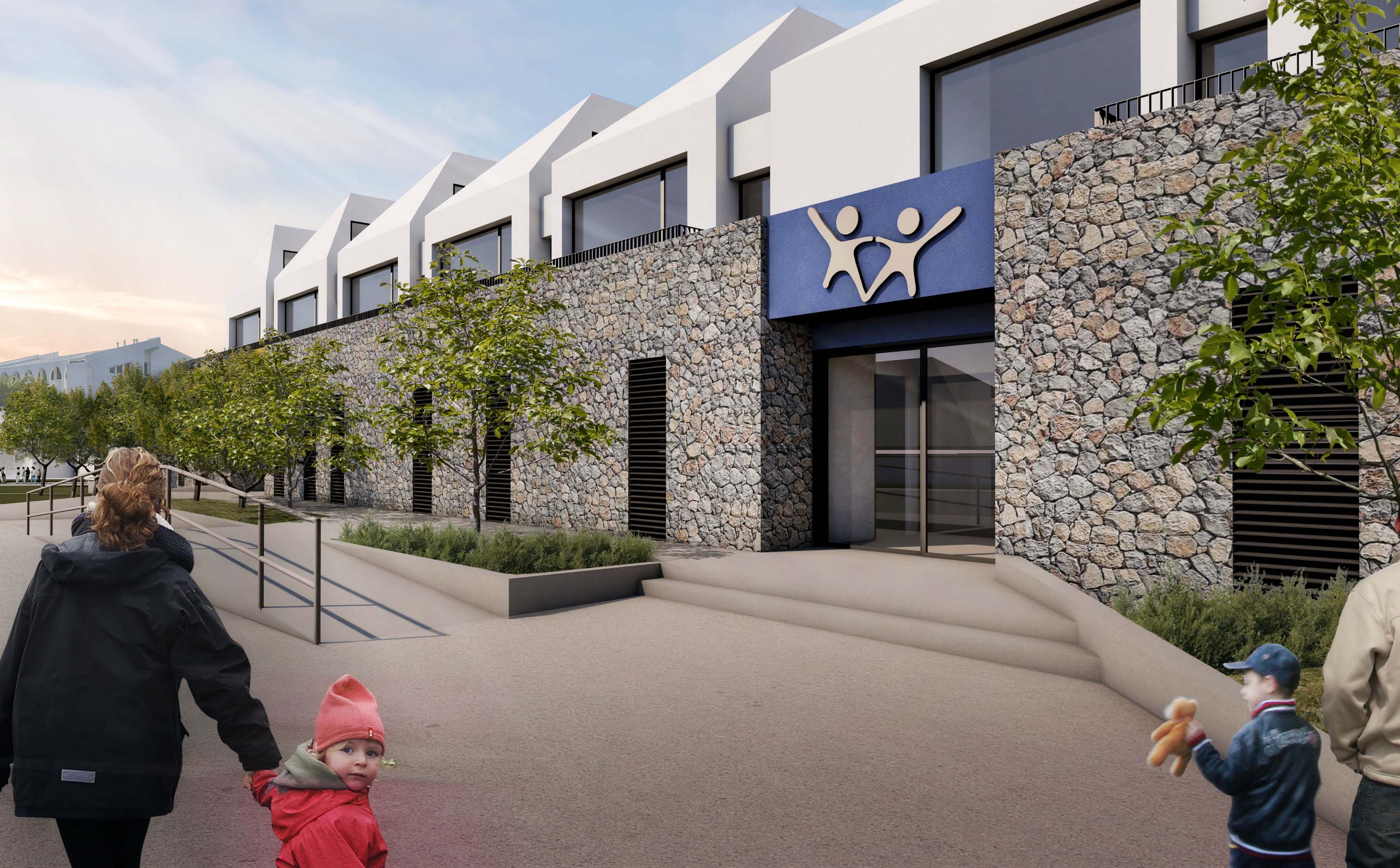 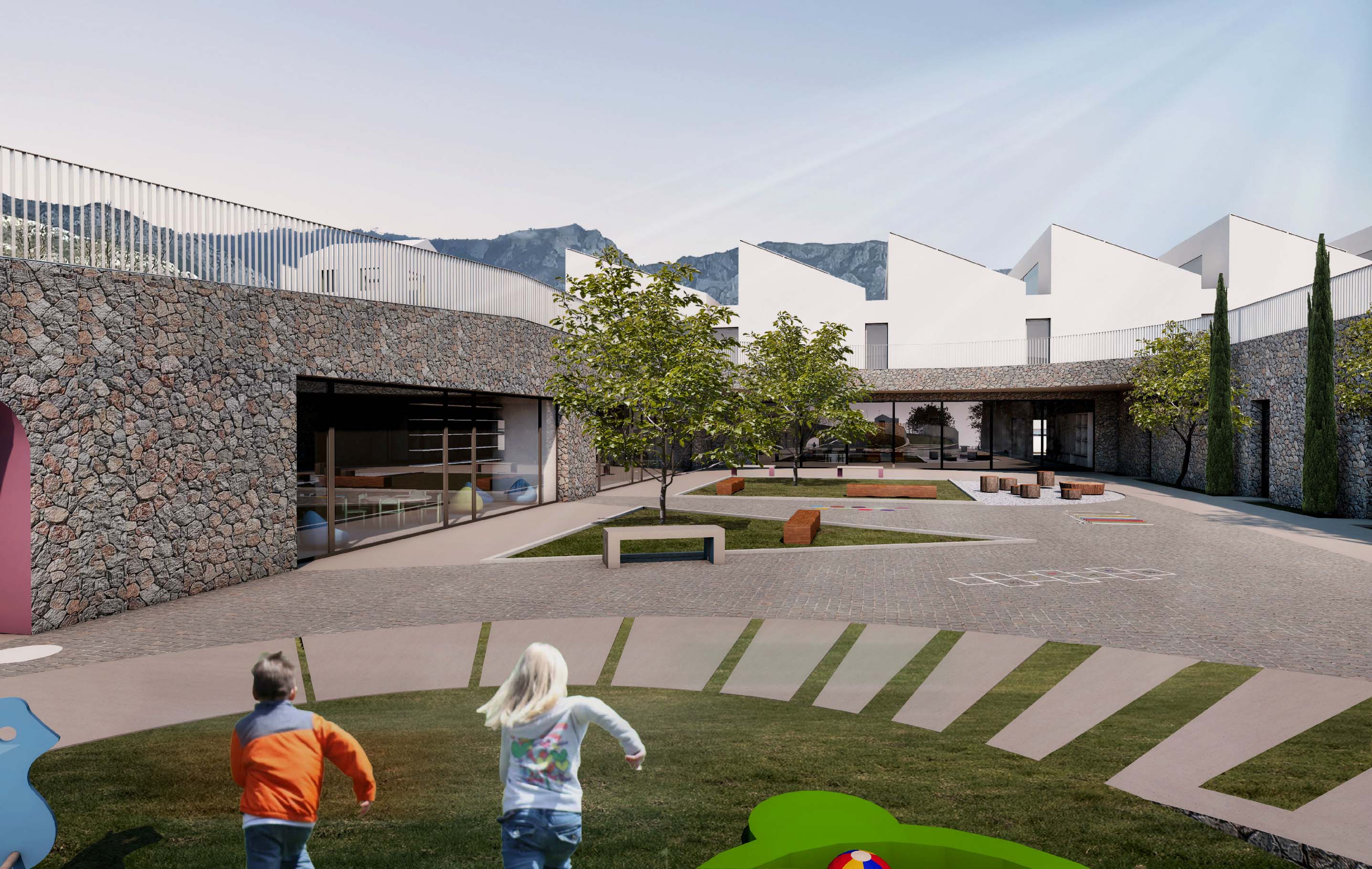 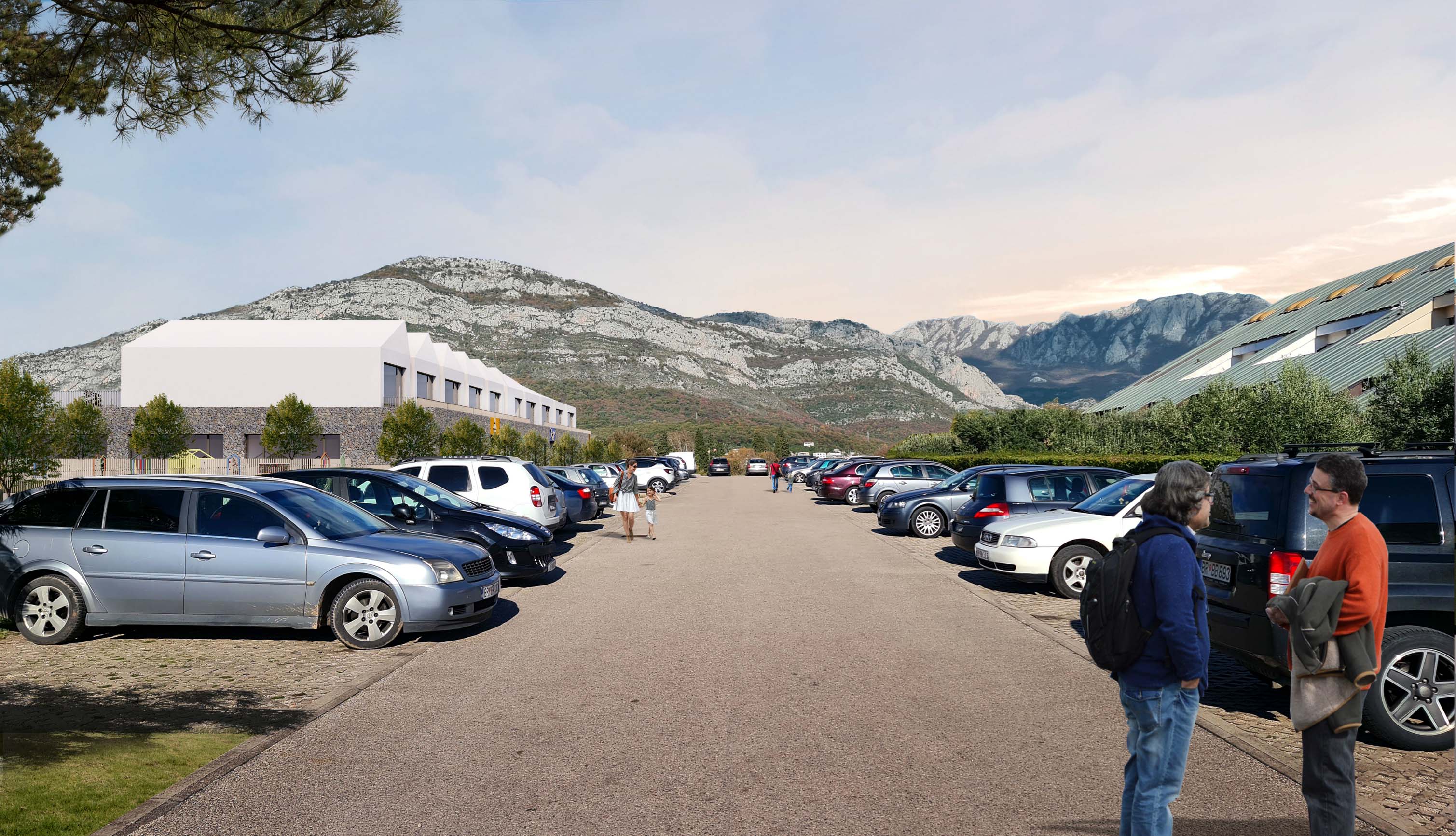 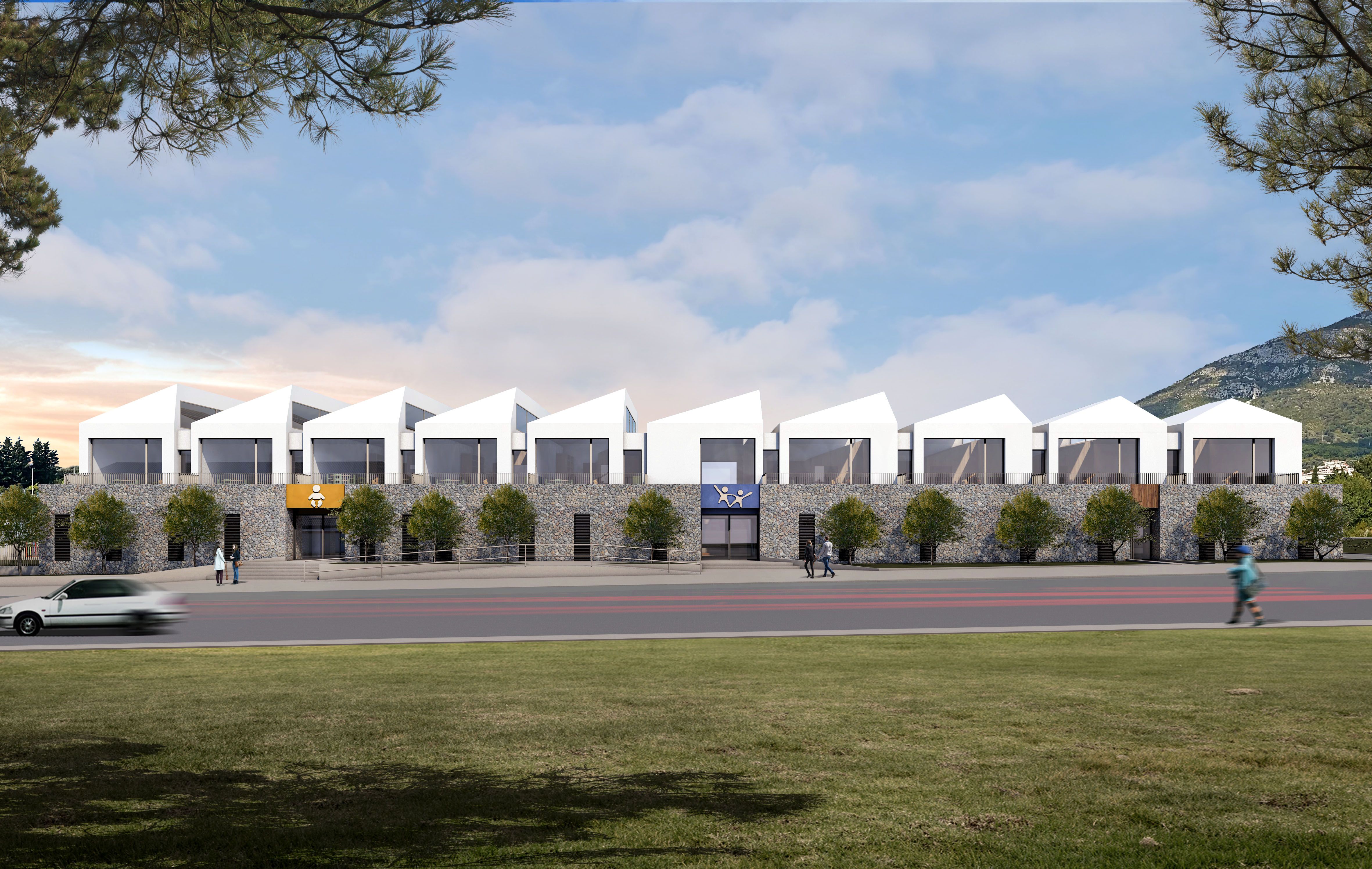 The facility is located on a slightly sloping terrain. It is surrounded on three sides by planned roads, while on the south side it is bordered by a nursery. Approaching the location, in a visual sense, a school with sloping roofs stands out on the right side, while in the background there is a view of Mountain Rumija, which also has dominantly sloping lines. Mutual interaction of building, with the school is formed so that the kindergarten follows the silhouette of the sloping roof of the school. This was achieved by cutting the slanted roofs of the classrooms (sheds), so that in the final image, several roofs create a silhouette of the slope, and the object thus gains dynamics and appearance. With this kind of treatment, the kindergarten building becomes a representative in the space, respecting the found state. Considering the size of the kindergarten and the number of children, the aim was to provide as many green areas as possible. This was achieved by activating the roof terraces on the first floor. In order for the entire courtyard to function as a whole, it was necessary to connect the courtyard on the ground floor with the courtyard on the first floor, which was achieved by introducing a semi-circular ramp that is covered with grass. Thus, the complete space becomes integrated and fluid for unhindered, safe play and movement of children.