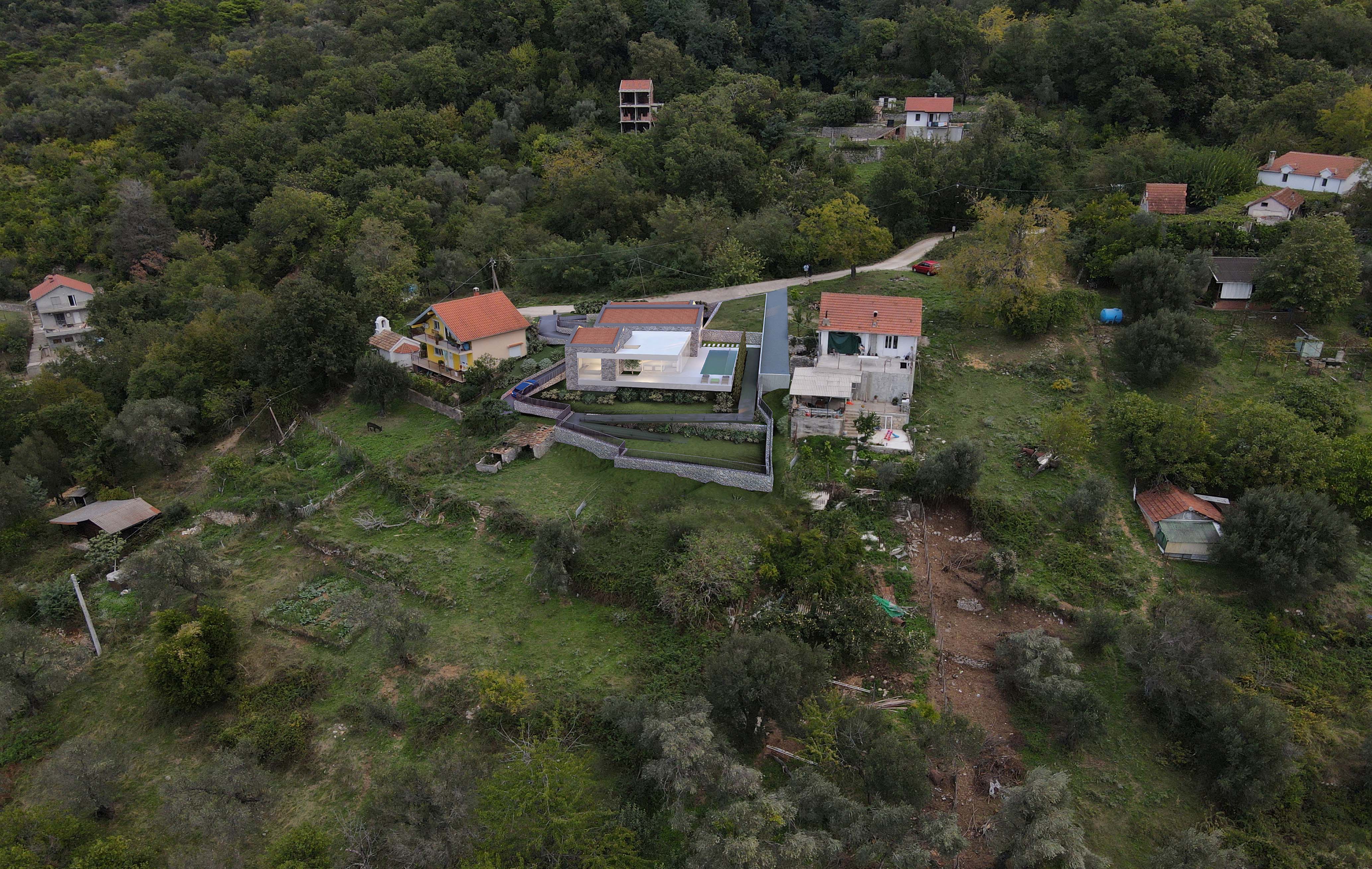 The building is located on a sloping plot with a view of the Boka bay. The concept of the facility primarily originated from the specific project task. The users will be persons with reduced mobility, which conditions the adjustment of the facility to their movement, but also around the landscaping. Given the terrain that is in decline, and the building is on one level, it was challenging to position the house on the plot. New building will be located on the site of the ruins of stone houses. Considering the rural environment, we chose a group form consisting of three stone cubes, traditional forms, whose size corresponds to the surrounding buildings. Traditional objects are connected by a transparent form that represents the connective tissue of these three elements. Thus, the crushed form becomes well-integrated and unobtrusive. The archetypal houses with sloping roofs are covered with stone, which was found on the site itself, i.e. from the existing ruins, which further emphasizes the respect for the spirit of the place. In addition to the adapted movement through the facility, users are also enabled to move through landscaping. So, a ramp was made in the yard under the house, which facilitates movement to the lower yard, painted dark green to blend in with the greenery around the house, additionally not competing with the form of the object as the central figure of the composition.